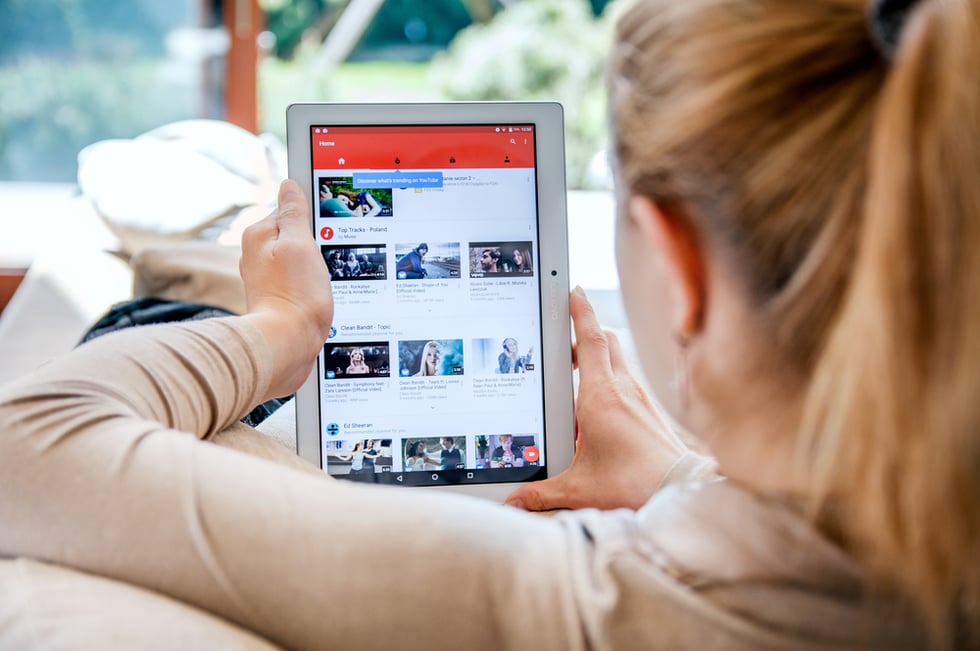 According to a recent study by Google, men are featured in more YouTube ads, but women get more views. This latest gender bias study comes almost exactly two years after YouTube parent company Google and the Geena Davis Institute on Gender in Media analyzed gender inequalities in film.

This new study looks at the overall gender bias in video marketing on YouTube by analyzing over 2.7 million YouTube ads (accounting for 550 billion views) uploaded between January 1, 2015, and March 31, 2019.

Here's what it found.

Collectively, we watch over 1 billion hours of YouTube per day (beating out Netflix and Facebook, combined), and we spend a good chunk of that time watching ads (especially now that YouTube throws two pre-roll ads at you.)

So, what are we watching? And do these ads have a gender issue?

Similar to overall screen time, males are also given more speaking roles. Across the 2.7 million ads, males spoke 60% of the time while females only spoke 40% of the time. Males were also more likely to be shown across different age groups, while women were typically in their 20s and 30s. In fact, males were (on average) four years older than females.

In the study, Google also took a deeper dive into the top 100 ads across industries. It found that females are more likely to wear revealing clothing and are shown more often in the kitchen, cleaning, and shopping — as opposed to males who were often shown driving, working outdoors, or attending sporting events.

The Advertising Standards Authority (ASA) found that these types of gender stereotypes are harmful even when being combined with elements of humor or mockery of the stereotypes themselves.

From those stock photos you shove below the headers on your blog to the ads you use on your campaigns, there's a good chance that you're using assets with a gender bias. While there are obvious social benefits of reducing gender bias across your marketing campaigns, there are also some tangible fiscal ones.

For starters, Google found that — while females get less screen time in total — ads that do have gender parity get 30% more views. Audiences crave real diversity from real stories. Marketers that are willing to deliver that real-world diversity stand to gain more viewers.

This falls in line with supplemental research. A study by Kantar analyzing gender bias in advertising reported that brands who have male-skewed advertising are worth $9 billion less on average than gender-neutral brands.

Overall, this study should spark real conversations among marketing teams. Data-driven research coming out of Google analyzing large-scale YouTube ads is certainly a way to quantify a very real problem. Gender bias still exists in the advertising space. And marketers who are willing to identify it, understand it, and work diligently to prevent it stand to gain consumer loyalty and trust — as well as long-term business culture benefits.

It starts with eliminating stereotypical roles. In fact, 66% of women admit that they will outright skip an ad if it has negative stereotypes. While 85% of women think that the advertising industry (as a whole) does a poor job of representing their gender.

But there are also issues simply in broad representation. Females represent 50% of the population. Why should they only represent 40% of speaking roles? Good advertising tells a story that resonates with people, and that starts with representing them acurately.

How can we determine if IMPACT is not the right agency for our company?