HubSpot makes a lot of promises as a powerful marketing automation platform that can deliver results and help you generate more revenue.

But is the return of HubSpot worth your investment? Have companies like yours achieved inbound marketing success with HubSpot as the cornerstone of their marketing technology stack?

As one of HubSpot's top agency partners, we get those questions a lot.

🔎 Related: Is HubSpot Marketing Right for Your Company?

On the other hand, companies around the world — across a wide range of industries (B2B and B2C) — have experienced documented success with HubSpot and inbound marketing, with the understanding, of course, that HubSpot alone is not their strategy.

We know this, because we've seen it first-hand with our clients, many of whom turned to inbound (and HubSpot) to position themselves as the most trusted voice in their space.

What follows are the HubSpot case studies of real companies like yours that, with the right strategy, were able to achieve remarkable growth, while using HubSpot for their marketing and sales automation needs. The Aquila commercial team was struggling. Their organic website traffic had plateaued, and the leads they were generating from their inbound marketing efforts weren't qualified enough for their sales team.

In conjunction with creating the right inbound content, publishing revenue-generating marketing and sales videos, and learning how to maximize their investment in HubSpot, the Aquila team saw extraordinary results.

Thanks to using HubSpot, they were able to see that their new strategy increased their organic website traffic by 290%. Over the same period, they increased new contact conversions by 11,350%. (No, that's not a typo.) Most of all, they've closed 111 deals, as a result of their strategic use of HubSpot... and counting! Founded in 1923, Yale Appliance had a long history of success in the Boston area, selling and serving home appliance and lighting products. They even made it through the Great Depression.

How are they still open when other competitors have shuttered over the past almost 100 years? By adapting and evolving as the consumer landscape changed. And Yale Appliance CEO Steve Sheinkopf realized in 2007 that they needed to make a change.

They had been spending a lot of money on traditional advertising options in the Yellow Pages and the Boston Globe newspaper. But, over the years, the returns on those investments were diminishing. Then, the recession hit, and something had to change.

Sheinkopf found HubSpot through his research and chose inbound marketing (through the principles of They Ask, You Answer) as the pathway forward. His pivot paid off. West Roofing Systems CEO Jack Moore knew he had a problem on his hands when he realized that his website's organic website traffic had flat-lined. Moore knew he needed to do something.

He had already begun to dabble in creating content the inbound marketing way and had made the investment in HubSpot for his marketing automation solution. But what really made the difference was realizing after a conversation with Marcus Sheridan that he needed to commit to becoming the most trusted voice in his space and hire the right people to be on his team.

So, Moore hired a dedicated marketing manager who had experience with creating content and using HubSpot — a powerful combo. They also created a structured editorial calendar, where they were producing at least two blog posts a week.

From there, the results took off.

Organic website sessions increased by 5,252%. And West Roofing is able to attribute $14 million in revenue to their investment in inbound marketing (the right way) and to their use of HubSpot. It didn't take long for the AIS team to realize there was value in inbound marketing, so they invested in HubSpot. However, their initial strategy for content marketing didn't really deliver results for the first 16 months.

They realized that they had the right tools, but their approach to inbound marketing was all wrong. They knew they needed to radically change how they went about inbound and their use of HubSpot.

After working with a HubSpot agency who did the content marketing for them, they came to IMPACT, where the philosophy is to essentially work ourselves out of a job by teaching our clients how to do inbound in-house. AIS VP of Marketing Keven Ellison hired an inbound marketing strategist, a content producer and a videographer to take up this challenge.

And, as with the other case studies, the investment in the right tools (HubSpot) and people (content producer, strategist, videographer) paid off. In the first year of this new strategy with HubSpot, they were able to attribute $500,000 in revenue to their organic growth and increase website traffic by 1,100%.

One final word about these HubSpot case studies

Without HubSpot, the above case studies would not have been possible. It's the platform these businesses each used to host their blog posts, landing pages, and (in some cases) website pages. They used HubSpot to set up email marketing campaigns, to score their leads, and to set up smart lists for targeting and nurturing.

Most of all, HubSpot is what allowed them to measure the efficacy of their efforts, through its robust reporting and analytics tools.

🎧 Related: Stay up-to-date with the latest HubSpot news with The Hubcast

However, HubSpot itself is not a silver bullet. If you're struggling to see results with your digital sales and marketing, you should never turn to a marketing automation platform like HubSpot as the savior for all of your problems.

There is only so much HubSpot can do. The rest is up to you. 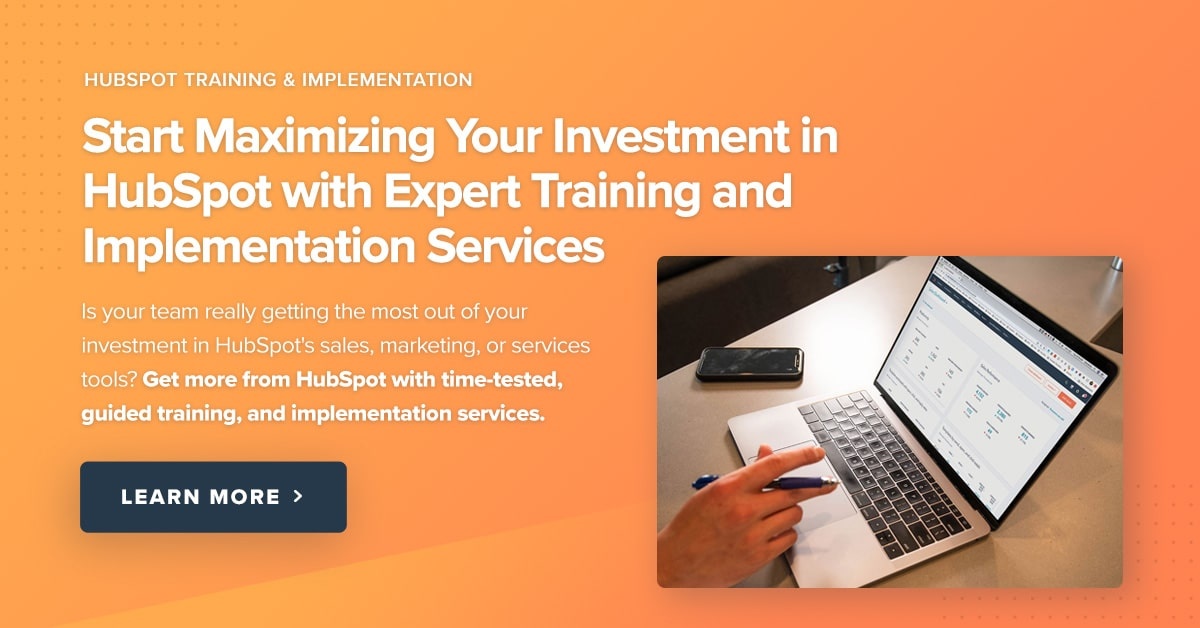 How to do HubSpot lead scoring the right way in 2020

How to create a powerful monthly content marketing ROI newsletter

HubSpot pricing: Your guide to everything HubSpot costs for 2020