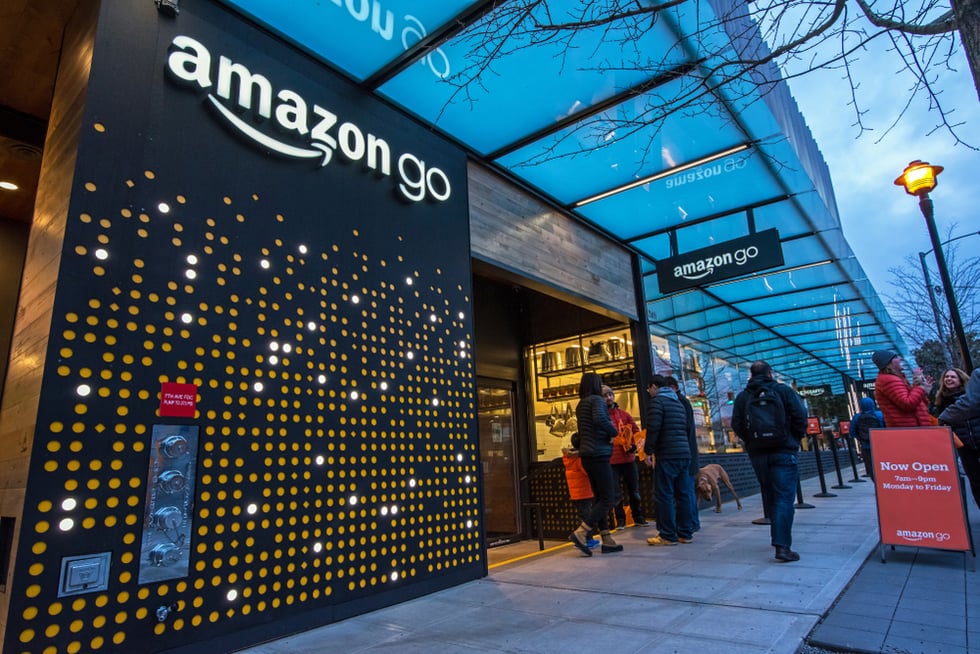 Amazon is poised to disrupt yet another industry: grocery stores.

With Amazon Go technology, the retail giant is planning to open cashier-less grocery stores across the country. The idea isn't new; Amazon has been experimenting with this premise on a smaller scale for nearly two years.

Now, after spending time perfecting its technology based on the experiences of shoppers and stores in the 21 Amazon Go locations across the U.S., the company is getting ready to launch its technology in more cities and larger stores.

How does a cashier-less store work?

When you think of a store without cashiers, you might picture, like I did, an abundance of self-checkout stands and wonder how that is going to improve your grocery shopping experience. Don't worry; that isn't how Amazon Go stores operate.

Amazon Go takes the idea of a self-checkout shopping experience a step further by eliminating lines and checkouts altogether. Instead of putting items in your cart and taking them through a checkout line, the store's technology will automatically detect what's in your cart and charge you when you walk out of the store.

According to its website, "Our Just Walk Out Technology automatically detects when products are taken from or returned to the shelves and keeps track of them in a virtual cart."

Customers simply download the Amazon Go app, walk into an Amazon Go store, and walk out with whatever they want. A little while later, Amazon will send them a receipt.

A short history of Amazon Go

Unlike those failed ventures into the worlds of social media and brick-and-mortar stores, Amazon Go just might be poised to stick around.

The retail giant has been experimenting with more compact Amazon Go stores in large cities like New York, Chicago, and San Francisco for a few years. Over the last two years, it has launched 21 locations.

These stores are around 2,000 square feet and bear a closer resemblance to a convenience store than a full-size grocery store. They have grab-and-go products like sandwiches, bottled beverages, salads, household items, cold medicines, and other products you might find in a typical convenience store. Customers can see what products their local Amazon Go store carries by checking their Amazon Go app ahead of time.

Amazon is working on developing even larger supermarkets that are equipped with Amazon Go technology. Traditional supermarkets are closer to 30,000 feet, which is the space Amazon is looking to occupy with its new initiative, according to a Bloomberg report that cited an anonymous Amazon insider as their source of information.

The company has been secretly testing how its Amazon Go technology will work in a larger space in Seattle in a prime space located in the Capitol Hill neighborhood. The full-size grocery store occupies 10,400 square feet of retail space and is equipped with Amazon Go technology. The company confirmed the testing in October but it has been light on any further details, leading to speculation and questions from analysts and consumers.

How kiosks could benefit from Amazon Go technology

In addition to its convenience-store style Amazon Go stores and larger supermarkets, insiders at Amazon have mentioned that the company is also in talks with airports, movie theaters, and stadiums to open smaller, pop-up style Amazon Go kiosks as early as Q1 2020. According to insiders, over the last few years, the company has found ways to streamline the Amazon Go technology so that it's easier, and more cost-effective, to build up and tear down.

One goal is thought to be to sell the technology to other vendors who can use it in pop-up shops, convenience stores, and grocery stores. While Amazon has been quiet on the subject, it's logical that licensing to other retailers could be a way for the company to get a major foothold in the grocery store retail industry.

Well, now, that's the big question. It's clear that Amazon has developed the technology necessary for consumers to be able to walk into a grocery store, choose the items they want, and walk out without interacting with any sort of cashier or self-pay system.

If customers love this concept, then every other grocery store will have to figure out how to keep up with Amazon or face lost revenue.

The big question is, do customers prefer the cashier-less Amazon Go experience over a traditional grocery store experience?

Diversifying its efforts with convenience stores, kiosks, and large grocery stores could be the best way for Amazon to find out what customers really want. Once the technology spreads to cities across the country, we'll be better able to understand whether Amazon Go technology is just another tech fad or whether it's the wave of the future.