Google Proposes Tighter Digital Ad Targeting Standards, How to Interview Subject Matter Experts, & The Email Sequence You Need to Land Sales Calls ...This Is THE LATEST!

💯 Jump Right into the Good Stuff!

Thanks to my dad, I was indoctrinated into the Star Wars universe at a very early age. If you saw my talk at IMPACT Live '19, this shouldn't be a surprise, since y'all know I've been in an emotionally committed relationship with Han Solo since I was 8 years old:

Here's what's funny, though — even though I agree that The Empire Strikes Back is the best of the original trilogy, as well as one of the greatest movies ever made, I never saw it until it was re-released in theaters in 1997.

Why? Well, it scared me.

It was a chilly fall afternoon, and my dad was so excited to finally share his favorite movie with me, his only child. We had popcorn. I was wearing my favorite Fraggle Rock pajamas. We were snuggled up in blankets on the couch.

"A long time ago in a galaxy far, far away..." came on the screen, and I gasped with excitement.

Unfortunately, the bliss was short-lived.

I never made it past this scene with the Wampa, the monster who kidnapped Luke Skywalker on the ice planet of Hoth: 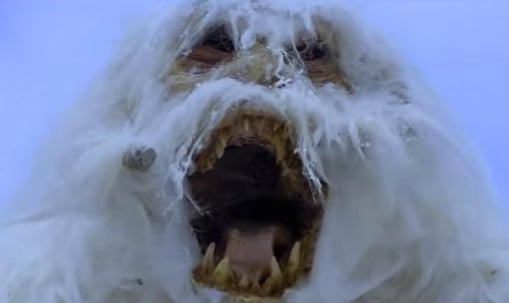 My dad tried to comfort me, but it was no use — I was terrified. And I cried and cried until, finally, he relented and put Return of the Jedi on for the 17,623rd time.

For many years after that I just... never watched it. Then, it was announced that they would be re-releasing the original trilogy in theaters, in honor of the 20th anniversary of Star Wars and ahead of the release of the highly anticipated prequel trilogy.

That gave my dad an idea: "I know we were going to watch the original trilogy, but what if you wait on seeing The Empire Strikes Back until it's released in theaters? We can see it together at The Uptown, which is where I saw it the first time it came out."

Finally, on a crisp February morning in 1997, I saw The Empire Strikes Back there with my dad — and to see such a masterpiece for the first time on the big screen was an unforgettable experience.

"I was so sad when I couldn't get you to watch this when you were younger," he said as we were leaving after our morning showing. "But that was worth the wait." Then he hugged me, and I — being a horrible teenager — told him to stop because he was, like, totally embarrassing me.

Now, every time a new Star Wars movie comes out, I always see it for the first time at The Uptown.

As a self-admitted control freak, I like to think back on this story every now and then. I have a tendency to get... let's just say "mildly cheesed off" when things don't go according to plan. But when I look at the most defining and exciting moments of my career — or my favorite personal memories — a vast majority of them only happened because fate came along and smashed my initial plans with a hammer.

I guess sometimes you can't do something great until you break something else first.

P.S. Can we all agree how creepy Ewoks are? I don't know why I liked them as a child... with their dead shark-eyed gazes.

🔎 In the Name of Data Privacy, Google Is Proposing Tighter Standards for Digital Ad Targeting

In a recent announcement, Google Senior Product Manager of User Trust and Privacy Chetna Bindra discussed the growing battle between personalized Google Ads and the user data that powers them — and Google’s mission to help remedy it. To get the ball rolling, Bindra unveiled an in-depth proposal by Google that calls for publishers, advertisers, tech companies, and users to come together and reach a solution that works for all parties. To learn more about this big move, check out this article from IMPACT Digital Beat Reporter Iris Hearn, which details Google's new data privacy proposal for digital ad targeting, as well as how you can get involved and provide feedback.

I've got a special message for you from IMPACT Head of Website Strategy Stacy Willis: 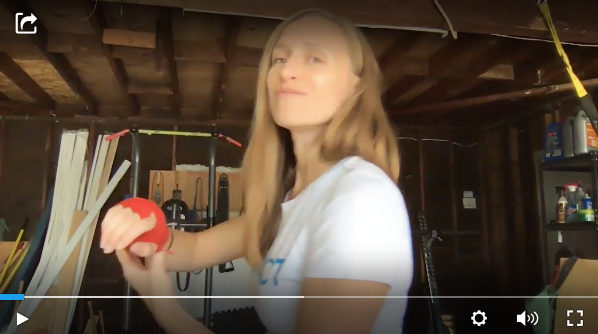 So, here's what you need to do:

Fun fact: Everyone who signs up in advance for a Website Throwdown will be entered to win a prize pack featuring a $500 Amazon gift card!

This week on The Inbound Success Podcast, Experiment27 Chairman Alex Berman pulls back the curtain on the email strategy he uses to close deals with Fortune 500 companies. From identifying your target audience, to developing an offer and writing cold emails, Alex goes into detail on his campaign blueprint and shares how both he and his clients have used it to win business. Listen to the podcast to get the details on Alex's email campaign blueprint and learn how to use it to close deals with your target prospects.

☝️ Don't forget, all HUG events are free to attend!

Previous
Are unicorns out of shape rhinos? 🦄
Next
Ludacris vs. Ludicrous