Print this Page/Get Your PDF

Extra, extra, read all about it!

Sometimes the mainstream media has the power to get more eyeballs on your brand in one hour than you can with an entire year and six-figure marketing budget.

How can you harness this power for your organization’s benefit?

That’s what David Meerman Scott’s Newsjacking wants to teach you.

Though not the father of Newsjacking, Scott is surely one of its most prominent pioneers, and in a webinar on Monday, December 10, he’ll be teaching us all how to tackle it like an expert. In both the upcoming webinar and his concise, actionable guide, the world-renowned marketing strategist, speaker, and author businesses how to “hijack” the news and build their brand awareness through a variety of examples of companies, politicians, and other public figures who have successfully done it in the past.

is breaking 24/7, so there’s no shortage of opportunities for you to get started. In this summary of Newsjacking, I’ll help you fully understand what newsjacking is and learn how to start infusing it into your content strategy right away.

“Newsjacking is the art and science of injecting your ideas into a breaking news story so you and your ideas get noticed.”

Exactly how you do this, however, can take on many forms.

Perhaps the most famous example was in 2013 when, during a blackout in the middle of the SuperBowl, Oreo took advantage of the opportunity with a real-time Twitter post, boasting:

Power out? No problem. pic.twitter.com/dnQ7pOgC

During a blackout five years later—this time at the Consumer Electronics Show in Las Vegas—several brands also turned to Twitter to bring the attention (if not the spotlight) to themselves. Canon USA took advantage of the dark with a video showing how their product films in low-light conditions.

The #CESblackout has nothing on the ME20F-SH that features a 35mm full frame CMOS sensor with an equivalent sensitivity in excess of 4,000,000 ISO, enabling us to capture video in near darkness. #CES2018 #VisionariesWelcome pic.twitter.com/asRcGVHu3b

While Intel tweeted out how they entertained the crowds with music while they waited for the lights to come back. Their caption—“The human spirit never loses its power”—used clever wordplay.

Of course, the political arena is ripe for newsjacking, where hijacking attention away from one's opponents can be crucial.

In his book, Scott shares an example of how President Obama stole the show from the Republican presidential candidates during the 2012 election using Instagram.

On Tuesday, January 3, 2012 (the day of the Republican presidential candidates’ Iowa Caucus, President Obama stole attention away from the hopefuls by joining Instagram using the @BarackObama handle.

Republican candidates had invested millions of dollars and countless hours trying to position themselves as the future President of the United States, but in one fell swoop, President Obama redirected the attention back to his current administration.

Not to be outdone on social media, President Trump used similar moves to further his own high-profile campaign when he successfully the Democratic presidential debates by live-tweeting throughout the event.

While his opponents were taking to the debate stage, he provided live commentary from his Twitter handle, not only detracting attention from the Democratic party and its but drawing it back to himself and the Republican party.

Though highly criticized, Trump’s efforts ultimately paid off as many news outlets jumped at the chance to spotlight the controversy and even feature his tweets in their post-debate coverage.

Now, despite these examples, you don’t have to be a politician or billionaire celebrity to succeed at newsjacking and real-time marketing. You simply need to understand the lifecycle of a news story and Scott’s technique to use it to your advantage.

The Life of a News Story

Not every story will make sense for your brand to align itself with and unfortunately, the hype behind those that do doesn’t last forever.  A lot happens between the time a story breaks and before it reaches its peak. As you’ll see in this graphic from Scott, this time period could last days or weeks, or even just a few hours.

Here’s the Life of a News Story works:

Stage 1 - Breaking News: An event happens. News outlets report whatever details they have available to get their stories out as quickly as possible. Since the story is new, it gets ratings (web traffic, TV views, etc). Once a story breaks, every other news outlet reports what the original source provided until they can get their own information.

This is when you should .

Stage 2 - The Scramble & Excitement: Depending on the impact of the event and the initial hype, journalists scramble to find new information. They’re looking for new angles, expert insights, interesting details -- basically anything they can use to get more attention.

If a story breaks and is a complete dud, journalists and brands will likely move on to the next hot topic, but if the public excitement grows, so do the newsjacking opportunities.

Once journalists have gathered enough supporting data, they’ll edit the original posts and/or publish new posts with their new spin. The same cycle continues where all other news outlets repeat anything “new” that surfaces from other news sources.

You can still at this time, but you will need to bring a completely new spin on the story to the table.

Stage 3 - The Peak: By now, the general public is aware of the story and has heard several spins on the subject matter. Through social media and word-of-mouth, the story grows until it reaches its peak and the public moves on to the next trending story.

Stage 4 - Old News: All of the possible angles have been exhausted and people have lost interest in the topic.

Overall, the key is getting your brand involved in the story as soon as it breaks and people are scrambling to find their angle, or at least, an update to report.

Jumping on a story at its peak or later is unlikely to deliver the results you want as interest is no longer growing (or taking to search engines to learn more.)

How to Newsjack at Your Organization

The first step in newsjacking is finding news to jack. There are more than enough opportunities, but you have to identify them quickly or you’ll either get in too late or journalists will no longer be interested in your brand to the story.

How to Track Relevant News:

Once you have a system in place to track potential stories, you have to prepare to act quickly.

The news industry is all about who can break a story first and who can own the narrative on the story the quickest.

In most cases, when you find news to jack, you only have a matter of hours to act and unfortunately, if your business isn’t flexible enough to respond quickly, you will likely miss out.

An easy way to respond quicker is to plan ahead. Look at the stories that you could’ve and ask yourself: “how is our brand relevant to this story and why should the media care?”

Do this enough times and you’ll have identified a list of go-to angles you can take. Once you have a flexible strategy, you simply need to take action that puts that strategy in motion. Below are some options.

Overall, people care about an interesting, engaging story above all else. Whether your brand is big or small matters less than what insight or expert opinion you can offer to the current hot topic. So keep your eyes and ears open and ready to act! 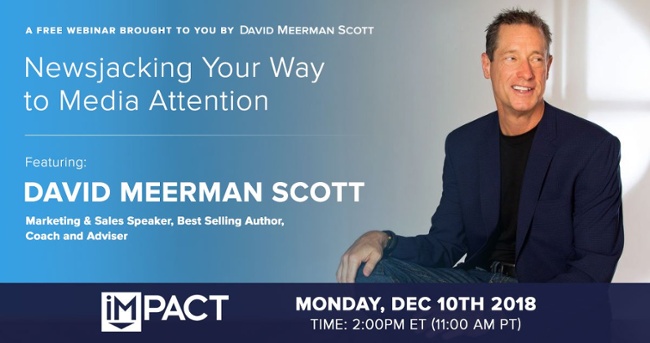 Liked what you've read? Check out these other related resources:

The Digital Marketer vs. The Traditional CEO 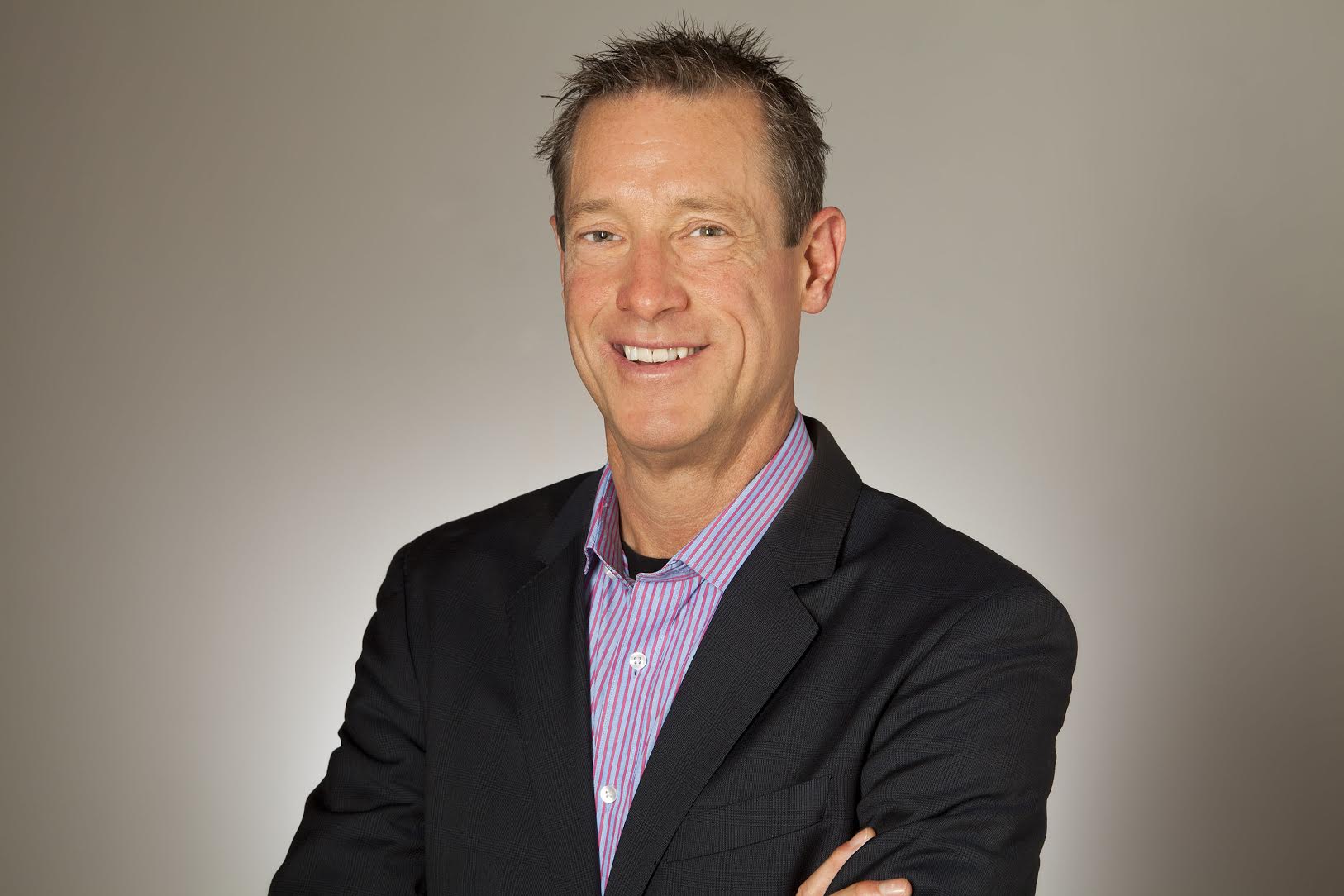 The New Rules of Marketing & PR by David Meerman Scott