Why Video is A Must-Have Sales Tool [Infographic] 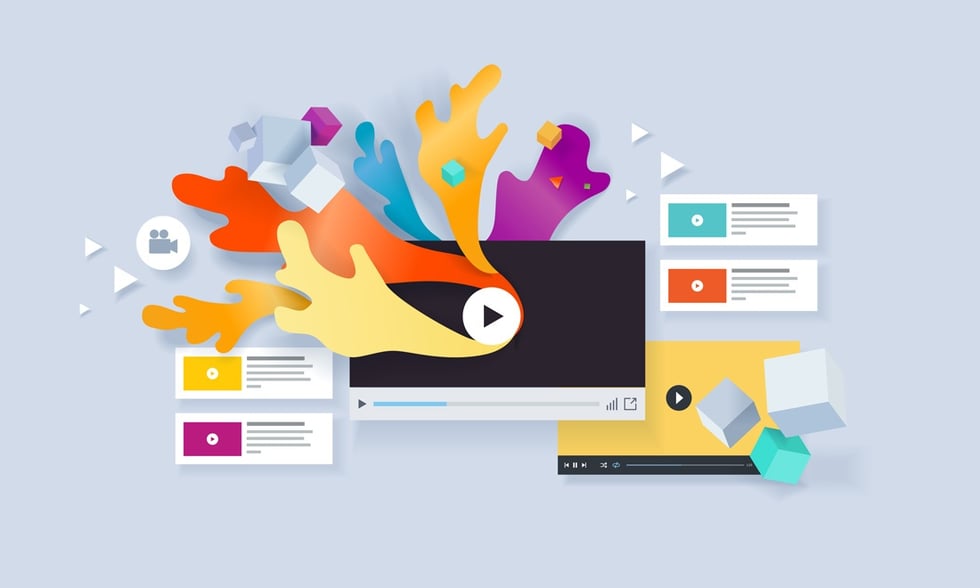 In the past month, I joined IMPACT’s Sales and Success team from Agency Services and couldn’t be more thrilled.

There is nothing more I love than helping people and companies overcome their roadblocks, grow, and get the most out of their marketing efforts.

Since joining, I’ve been experimenting with the use of video in the sales process

includes follow-up emails, sharing next steps,  following-up with prospects I haven’t had the chance to connect with just yet, and even just doing more of my first calls via Zoom.

A tool we love at IMPACT is Vidyard. In fact, that is the tool I use for recording videos during the sales process. Recently, I stumbled upon their infographic, "Why Video is a Must-Have Sales Tool” and thought it was an excellent piece to share and take a deeper dive into for people who have yet to check it out.

is a great way to change things up in your sales process and connect with leads on a different level.

The infographic covers a lot of important points - especially if you’re looking to get started in video, such as getting higher response rates, how to stand out, how long your videos should be and how and when to use them.

All great points to consider in your sales and video journey, which is why I wanted to break down each section a little further.

Sales People Often Struggle With Getting a Response

If you’re in sales, I don’t have to tell you that, I’m sure.

Luckily, one of the greatest ways to grab attention and get a response is to incorporate video.

It has been shown that adding video to your email correspondence with prospects “can boost your click-through rates by 200-300%.”

Using Vidyard to do this has actually been really cool.

Once I send a video out, I get a notification when the recipient has viewed it. This gives me a heads up of who is watching and how many times they’ve watched.

So, when you’re sending a follow-up video to someone or trying to get them to schedule a time to speak with you, make sure you make it easy.

Include a call-to-action where they can schedule a meeting on your calendar easily instead of going back and forth.

In the infographic, Vidyard state only “25% of businesses are already seeing success using video in sales conversations.”

Think about that for a second.

There is a chance a good chunk of your competition isn’t taking advantage of video in their process. By incorporating video, you’ll be able to differentiate yourself amongst a significant percentage of businesses that aren’t already doing so.

Connect with Your Prospects on a Deeper Level

When you compare being able to meet with someone in person versus just communicating via phone or email, there is a significant difference in how fast you can build rapport.

Body language is 55% of communication and over video, you’re able to see how the prospect is sitting, hear their tone of voice, see when what you say piques their interest, or even where you might be losing them.

This all helps you in tailoring how you speak with them to be most effective.

With companies becoming more global and having clients all over the world, it’s often times difficult to just meet in person right away.

However,  meeting via video can accomplish many of the same things.

The infographic mentions a quote from John Barrows of J.Barrows Consulting that is pretty powerful:

“With video I can see your sincerity, I can tell that you care, I can get a feel for you as a person.”

This goes both ways.

If a prospect is able to get a greater feel for you as a person, that relationship is going to be built quicker.

You’ll be able to establish trust quicker, which helps you move them along the sales process much easier.

Those companies that aren’t utilizing video are going to be left behind and have a harder time doing this than those who are using video throughout their sales process.

Where Should You Use Video in The Sales Process?

Today, I’m a strong believer in being able to use video as much as possible.

However, there are instances when you don’t have to record a brand new video for everything -- that’s just not scalable.

For instance, if you often include a product demo for people to view before jumping on a call with you, you can pre-record it, along with some FAQs, that you can attach and send to anyone.

With that being said, there is a time and a place for personalized video.

If you are doing outreach to prospects, or are in the process of closing a deal and want to follow-up with a video to recap what you discussed, make the video personalized to that person.

In fact, the infographic shared that “the average retention of personalized videos is 35% higher than non-personalized videos.” Doing so shows you took the effort to record the video just for them, which they will greatly appreciate. It shows you value their time.

As for going through the pitching process, it’s said that 59% of decision-makers prefer to learn via video.

If that’s the case, why would you ever do this in anything other than a live video with prospects?

If you’re recording a video, it is very important that you keep it shorter rather than longer.

Prospects have short attention spans and they are also very busy. They don’t have endless amounts of time to dedicate to your video, especially about sales.

Make sure you’re are keeping it concise and to the point.

The sweet spot for sales videos is 90 seconds, with an average retention rate of 53%.

When that rises, the rate of engagement tends to decrease quickly.

In addition to length, there are also times of the day that on average have the best response rate. Typically B2B video spikes between 8 am and 11 am, and the best performing day of the week are Wednesday with an 18% higher viewing rate.  Although, it is worth testing it out with your audience to see where the highest engagement is.

is significant. I know I don’t have to sell you on that, but too often we are focusing our energy on videos for marketing, and not as much on how we can incorporate them in our communication in sales day to day.

If you’re looking to increase your response rates, and close more deals try using video to see how it helps your numbers. If you aren’t seeing a change right away, it doesn’t mean it won’t work, it just means you need to shift your approach and find a way to use video that will be most valuable to your prospects.

Want to learn more about using video in the sales process? At IMPACT Live, this August, our Chief Strategy Officer, Tom DiScipio, is sharing all of ! Get your ticket now before prices go up and there!

Vidyard set to roll out a 'video selling certification' program

How Much Does Vidyard Cost (& Is It Worth It?)

An Honest Review of HubSpot Video

By Stephanie Baiocchi on February 19th, 2019

By Stephanie Baiocchi on February 19th, 2019

Vidyard Chrome Extension (Formerly GoVideo) vs. Wistia Soapbox: Which One Is Right for You?

What is the #1 thing sales people get wrong about marketing?

Why should your sales team show up for digital sales and marketing coaching?

Why do I need to hire IMPACT if you provide so many free resources? [Interview]