Which Social Media Network Should My Business Advertise On? 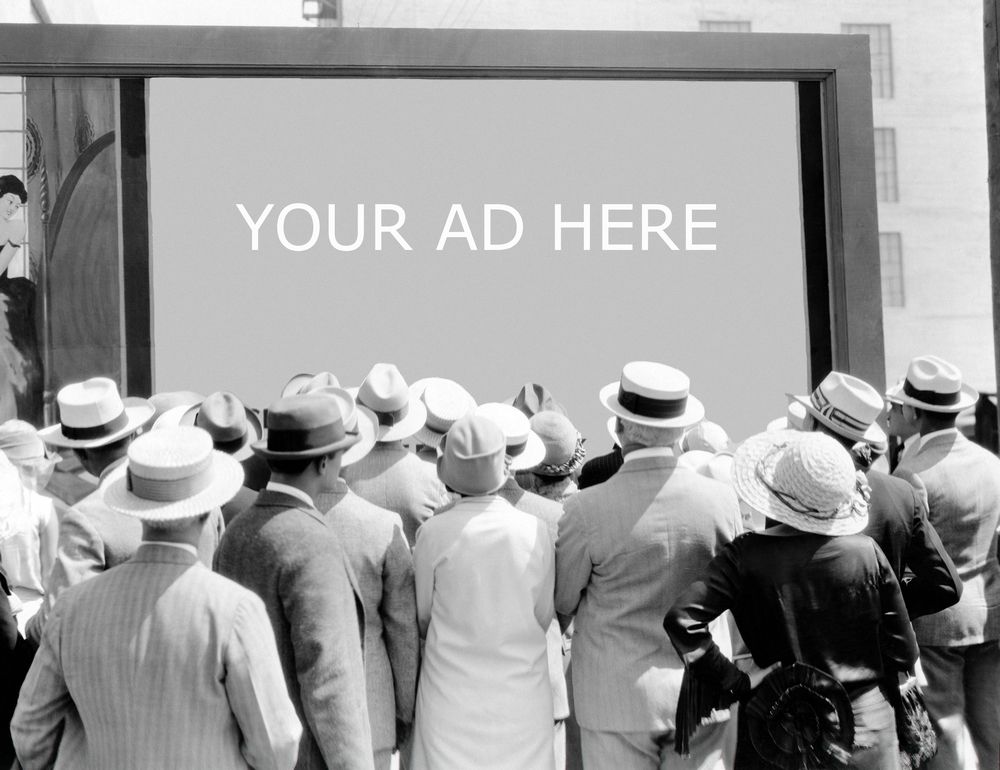 In the early days of inbound, advertising was a bit of a taboo subject.

It was a tether to the old world of outbound marketing and it wasn't very measureable, but lucky for all you mad men out there, times have changed.

With the rise of social media, Google AdWords, and even the HubSpot Ads Add-On, advertising has found new life online and alongside inbound marketing.

While there is a lot of action to get in on with new networks emerging everyday, you still have to be tactful with where you advertise because each network is unique and has its own advantages and disadvantages.

This article will provide a quick overview of the pros and cons of advertising on the four largest social media networks to help you determine which (if any) makes the most sense for your business.

Facebook is the largest social network and usually the first  that businesses consider when looking into social media advertising. In fact, 92% of social marketers are using it for advertising and with good reason.

With nearly 1.5 billion users worldwide, Facebook's reach is currently unmatched in the social media world. Even if you're only targeting a local market, there will typically be a higher percentage of people in your area on Facebook than on any other social network.

Along with the ability to target your ads based on location, this large native, engaged audience is a huge plus for small or local businesses -- especially those that are B2C.

Facebook Ads are also significantly more affordable than advertising on other platforms. Now, that doesn't guarantee a higher ROI, but it does mean you won't lose your money as quickly with a low performing campaign. It is also quite common for Facebook to offer $50 vouchers to first time users.

Another benefit of Facebook ads is their advanced targeting. Facebook has one of the largest and most insightful databases of consumer information in the world, allowing you to reach very niche audiences. Targeting categories include:

Last, but not least, Facebook allows you to perform a method of A/B testing on your ads by running multiple ads against each other in the same campaign. This makes it easy for you to pinpoint the exact things that are performing well or poorly in your ads, such as the image or headline.

Until you've got your targeting fine-tuned, the quality of clicks on Facebook Ads will vary greatly. Although they can be great for targeting clicks and driving traffic to your website, from a B2B standpoint, it is most cost-effective for brand awareness.

Twitter provides a unique advertising platform that is, in many ways, a happy medium Google AdWords and Facebook.

Similar to Google AdWords, Twitter ads can target specific keywords, but the difference is, you aren't targeting keywords entered as search queries, you're targeting keywords Twitter users include in their tweets (including hashtags). This is especially valuable considering how engrained in society hashtags have become. Every modern industry has its own distinct tags, providing a unique opportunity to social marketers.

On the other hand, you can target the followers of specific handles. In other words, you can specifically reach the audience of your influencers, similar brands, or even your competitors.

Another, often overlooked benefit of Twitter ads, is their native appearance. Promoted tweets tend to blend in with organic tweets seamlessly when targeted correctly. While still labeled "promoted," they don't stick out like a sore thumb at a quick glance like ads on other platforms do.  Check out this example from my feed: One of the biggest downsides of Twitter Ads is its limited demographic targeting and features overall. While targeting hashtags can work well, targeting by interests isnt't as effective as it is on Facebook where "liking" pages and brands is the norm. Twitter targeting criteria is currently limited to:

Despite the integration into Google Display Network, Google+ is arguably the most overlooked social networks by marketers (and possibly by the general public), but it is extremely valuable to any business' SEO and advertising efforts.

Google has always shown preference to their social media network, which is why all activity on Google+ page helps improve your SEO, but that's not the only reason to advertise on the platform.

One of the biggest benefits of using the Google+ advertising is that +Post Ads are added to Google's Display Network, giving your ads a much higher reach than any other platform could deliver.

Another unique pro to advertising Google+ is that you only have to pay when someone actually clicks on your ad. In other words, you never have to pay for ads that didn't work. +1 for that perk!

The biggest downside to advertising on Google+ is the overall lack of engagement compared to other platforms and in turn,  the targeting options and capabilities are nowhere near as detailed as Facebook's.

Google also has very strict guidelines for advertising on Google+.  Contests, giveaways, and promos, for example,  are all a no-go on Google+ pages.

LinkedIn is the smallest social network on this list, with only 97 million actively monthly users, but with its professional focus, it can be a goldmine for B2B businesses.

As mentioned above, LinkedIn users are primarily business professionals, making this the platform of choice for B2B advertising.

The platform's advertising services (Ads and Sponsored Updates) allow you to target according to details such as:

The fine profile details collected and available publicly on the platform, make targeting your B2B buyer personas easier and more effective than on any other network, hands down.

Also, like Twitter, LinkedIn offers a more native approach to advertisements in the form of Sponsored Updates. Unlike Ads which appear in the sidebar of the platform, Sponsored Updates appear directly in a user's newsfeed and like inbound marketing, they are designed to less forcefuly build relationships and drive leads.

While average LinkedIn advertising costs are higher than the other platforms, the quality of each click is also much higher.

The biggest downside to advertising on LinkedIn is its high cost.

LinkedIn Ads tend to cost a little more than Facebook, Twitter, and Google+ and click-through rates are noticably lower.

While Sponsored Updates have proven to be more effective, their costs ($4 or $5 per click is not uncommon), are a large investment for most small businesses.  If you're not in a B2B market or your advertising budget is limited, LinkedIn ads may not be the best platform for you.