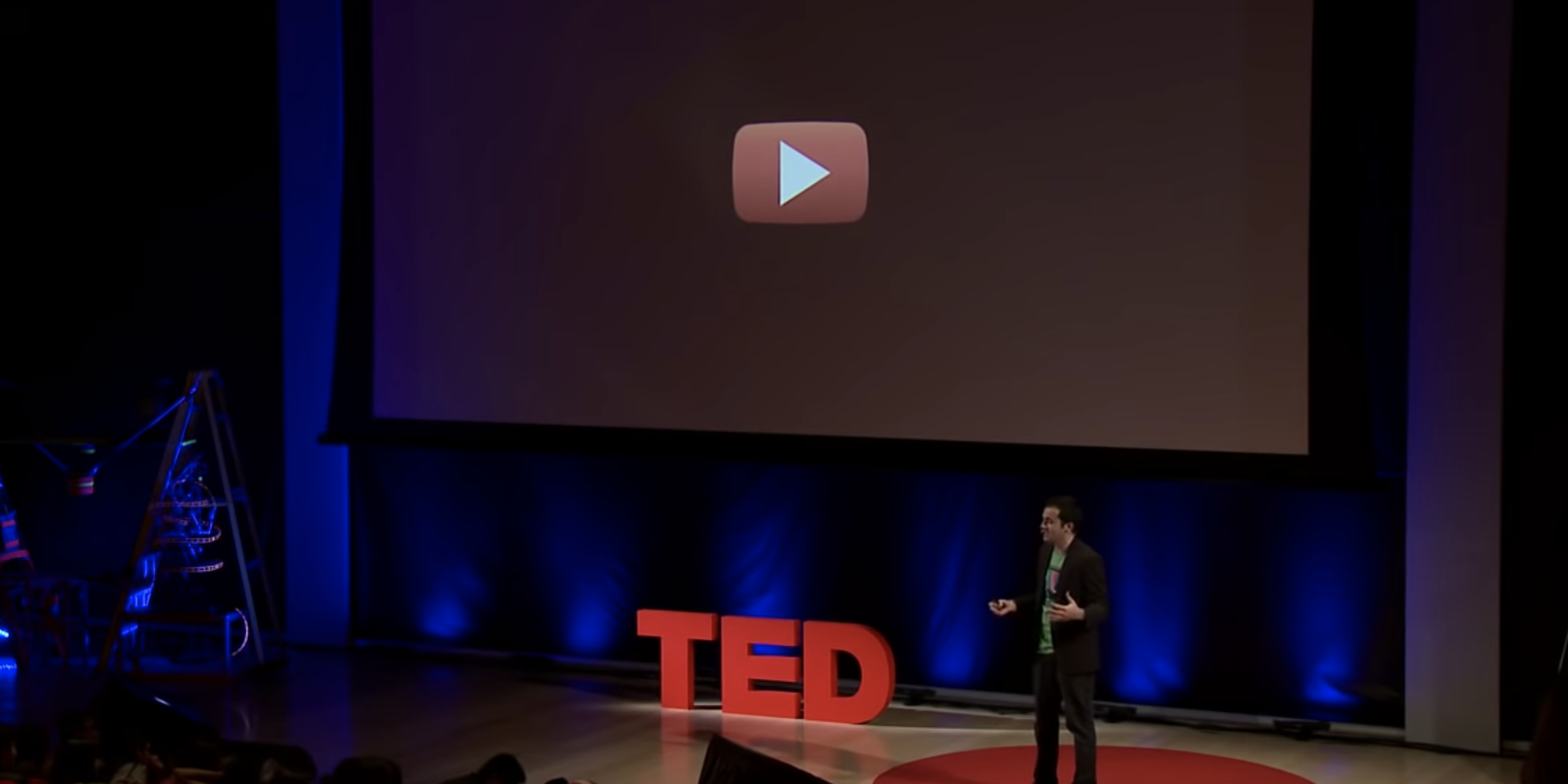 We’ve all had that morning where we wake up to multiple messages from friends sharing a video with us. Usually humorous, but sometimes moving and emotional, these videos seem to pop up out of nowhere to gain millions of views almost overnight.

For marketers, the dream is getting their content seen by tons of people. Videos can get that kind of attention in a way no other medium can.

So how does "going viral" work? Kevin Allocca, Head of Culture and Trends at YouTube, explains his opinion in this TED Talk.

What is a viral video?

According to Wikipedia, a viral video is a one "that becomes popular through Internet sharing, typically through video sharing websites such as YouTube as well as social media and email.”

But what makes these videos go viral out of the 400 hours of video uploaded to YouTube any given minute?

Components of a viral video

According to Allocca, there are three components:

Often, these videos are shared by someone influential with a large following. This gives the video its initial mainstream exposure.

This would be someone like Jimmy Kimmel sharing a video, or another celebrity tweeting a link.

These are largely where the spikes come from. 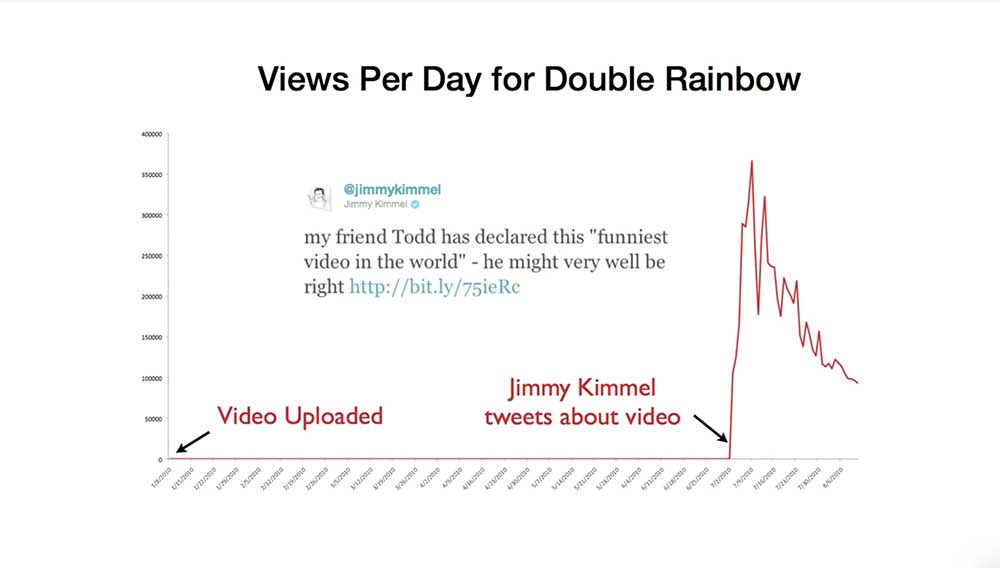 Similarly for marketers, if you get your video picked up and shared on LinkedIn or another more business-related social media platform, it will help your video’s potential. Or, you could look at your industry’s micro-infuencers.

While marketers may not be looking to create the next Double Rainbow video, you want your campaigns to be successful. Having the equivalent of the Jimmy Kimmel in your field tweet out your video would be monumental to your numbers.

Tastemakers and their platforms create a lot of opportunities to boost the signal of any piece of content.

People react to the video, parody it, and engage with it.

It’s not enough for people just to watch a video anymore — they want to be inspired by it. Take for example, the Nyan Cat, mentioned earlier. People didn’t just share that video, they made their own. 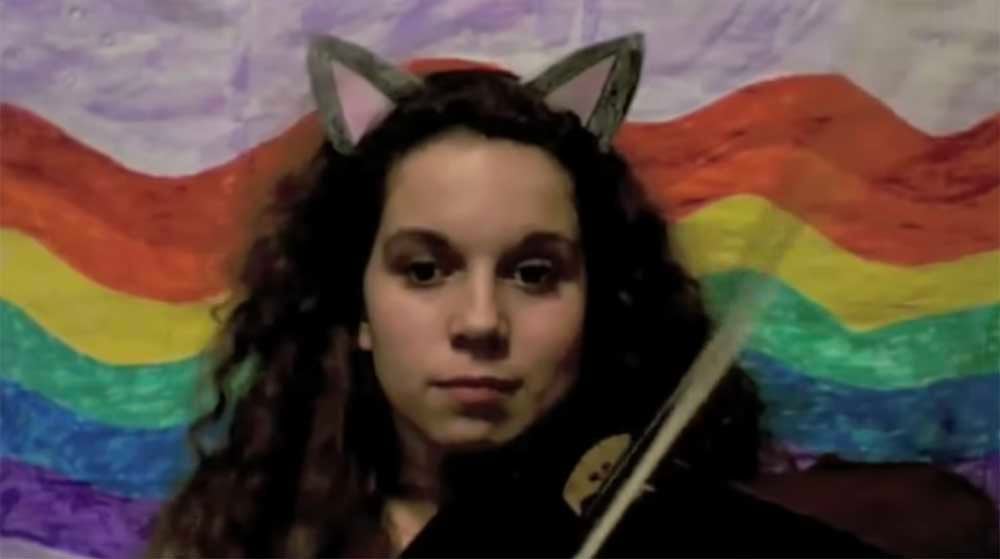 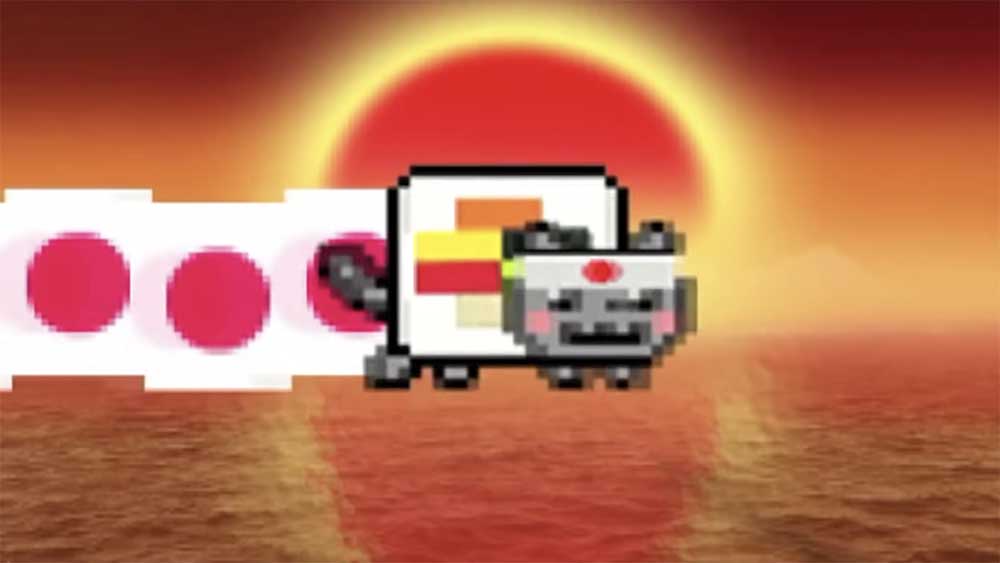 While people may not be making parodies or reaction videos to your marketing content, you still want an engaged audience. Whether it’s discussions, retweets, or reaching out to you directly, engagement gives you the opportunity to educate your audience about your brand.

Allocca says that his friend wanted him to watch a video about a guy protesting bicycle fines, which he didn’t really care about — until he watched it. I wasn’t interested either, until he shared the video. The video starts at 5:46 in his talk.

Casey Neistat is riding his bike, explaining how he got a ticket for not using the obstructed bike lane, when he unexpectedly crashes into something in the bike lane.

Unexpectedness makes something you might not care about interesting and memorable. You would expect him to ride easily through the lane, but instead, he demonstrates why he was unable to, in a cartoonish way.

You will most likely not have any slapstick comedy in your videos, but the principle still holds up. You can create something with a new perspective that might break the mold.

Everyone else might have just walked along the bike lane and seriously pointed out the issues. Instead, Neistat decided to do the unexpected, and got attention for it.

Sometimes it pays to do things in a new and different way.

Video is an essential part of marketing. While your goal may not be to go viral, you certainly want to see good numbers on your investment in this digital medium.

We all want our content to be shared, to be engaged with, and to be new and original in a way that people respond to. The best videos contain those properties and can be hugely effective (without being shared by Jimmy Kimmel).

The internet is limitless. No Hollywood studio needs to green light your ideas. You have the power to make an engaging video at any time, with any idea. Then, it’s up to the internet community to decide its fate.

The internet is a weird and wonderful place. You have the opportunity to create something that will be seen by millions. Start brainstorming!

Why Every Salesperson Must Be a Master Storyteller

8 B2B Brands That Tell Memorable Stories on Their Website

The 3 Essential Acts Of A Showstopping B2B Brand Story

What’s holding you back from being the best marketer in 2020? 20 experts sound off