The Uncomfortable Road to Success: A Story About You and Me 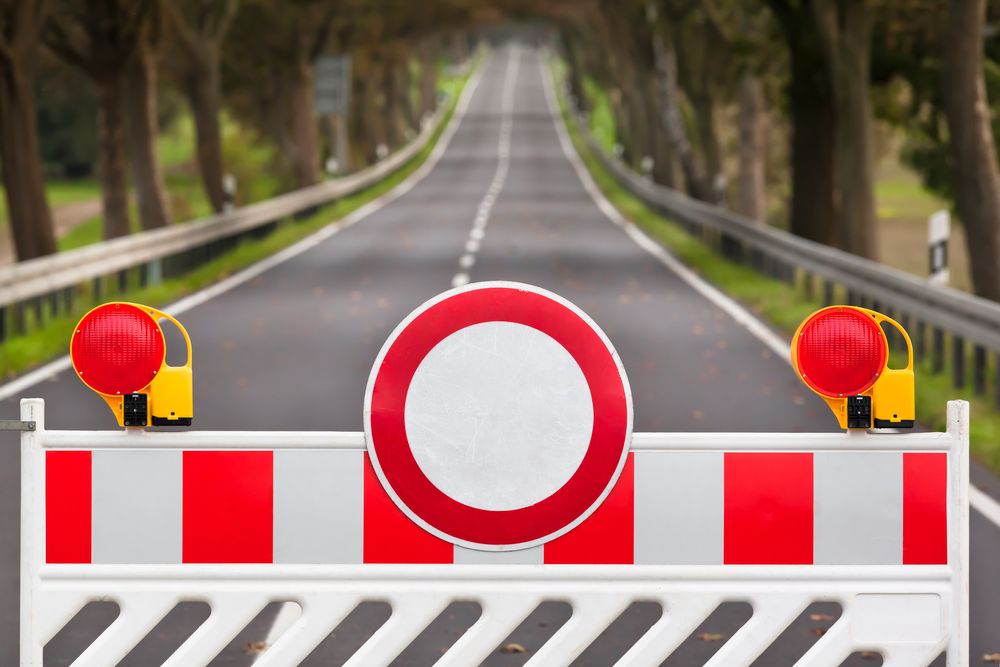 As I pulled into my driveway around 11:30pm on Thursday night of last week, exhaustion had officially set in. Having driven about 23 hours over the previous 3 days, I was physically spent. But just like many other nights before this one, I still had one major item left on my to-do list—the elliptical.

Although some of my oldest readers have heard me talk about my beloved elliptical before, many of you may not know that each night, somewhere between 9 and 11:30pm, I get on this machine for exactly 60 minutes, without fail. But on this particular night, the physical and mental toll of the previous 3 days were such that I frankly was unsure as to whether or not the workout would even happen.

So as I always do, I walked into my quiet house and slowly trudged into my bedroom, very quietly, so as to not wake up my wife and retrieve my workout clothes out of the dresser. But, as I grabbed its handle to get the clothes, fatigue again became my only thought. Literally, my head seemed to be spinning. And I knew that if I could just lie down in my bed I’d be out in 30 seconds.

Somehow, I eventually summoned the strength and soon walked out of the room with workout clothes in hand.

As I walked by my kitchen table, just before heading to the basement, I stopped again. This time, one thought kept coming to my head:

And so once more, all I could do was stand there. Again and again I rationalized how missing one workout wouldn’t matter. It was quite the civil war, to say it in the least.

But just as I was on the cusp of giving in, I found myself saying the same thing I’ve said many, many times late in the night—“Just give it a go Marcus, even if it’s but for a few minutes. Give it a go.”

It wasn’t comfortable. It wasn’t easy. But it was worth it….as it always is.

Some of you may be wondering why I relate this story. And although it may be a silly one in nature, it’s just one example of many in my life that show a true reflection of what the road to success is all about.

Because when it comes down to it folks, this road that I’m speaking of is not comfortable.

There’s some utopic myth out there that all we need to do is choose our passion and then success will come naturally and easily. To this, I say bull. Success is great, yes, but it’s not easy. In fact, the most successful people I know are often times the most uncomfortable.

The Uncomfortable Road to Success

Late one night I sent the incredibly popular blogger and copywriter Ingrid Abboud from NittyGriddy an email asking some general blog questions. Not at all expecting an answer considering the time (it was about 4:30am her time in Lebanon) I was shocked to receive an immediate reply to my questions. We had a quick conversation that followed:

Ingrid: Actually, I’m emailing with a client as we speak. They’re in the States, and because we’re on a deadline, I’m still up, getting this all finished.

Needless to say, this little conversation made me raise an eyebrow. It also explains why Ingrid is so good at what she does. Simply put, she accepts the reality that the road to success is often times quite uncomfortable.

Or take JK from Hustler’s Notebook, a guy who usually goes to bed after 12:30am (I know, we IM all the time this late) yet still wakes up at 5am…every morning…regardless. Just listen to some of his thoughts recently posted:

I want to be clear that it’s not all glorious. Being a hustler requires unattractive sacrifices like working instead of playing. While others sleep, you brainstorm … While others party, you network … While others watch TV, you research. What you’re after becomes part of your every thought. And when you want something that bad, it’s just a matter of time until it’s yours.

It wasn’t comfortable when Srinivas Rao left the States and moved to Costa Rica to pursue his passions, all the while establishing one of the most successful podcasts for bloggers on the web—BlogcastFM.

It wasn’t comfortable when Tristan from Blogging Bookshelf wrote about the impact his blog had on his girlfriend, or the time he posted a blogging video starring Hitler that was attacked by a few in the blogosphere.

It wasn’t comfortable when Gini Dietrich (who wakes up every morning at 4:30am btw) was told by her fiancée to simply quit the job she no longer loved. But that’s exactly what she did, and soon after started her own incredibly successful marketing firm, Arment Dietrich, and oh yeah, breathed life into what is now one of the top 40 marketing blogs in the world, Spin Sucks.

It wasn’t comfortable when expat extraordinaire John Falchetto was running his first outdoor coaching business from a tribal village perched at 6000 feet in the rugged hills of the UAE, only to eventually move to a small town in France where he’d run his global expat coaching company.

It wasn’t comfortable when Troy Claus left his job and partnered up with a crazy Scotsman named Danny Brown, but the customers of the powerhouse Bonsai Interactive Marketing company are sure glad he did.

It wasn’t comfortable when Marlee Ward left the financial comforts of being an attorney and chased her passions for entrepreneurship and helping others reach their potential.

It wasn’t comfortable when Ana Hoffman and her husband were out of work for over a year in 2007, but this event was also the impetus to her establishing one of the most successful web traffic generation blogs in the entire world.

And it certainly wasn’t comfortable for Robert Dempsey to overcome his alcoholism 12 years ago, but it gave him an incredible perspective on life as he went on to become a very well-known and established internet marketing expert.

I’m sure you see the pattern here folks. We all have bumps in the road. And do you know what? We should.  Whether they’re small like the one I faced in the opening paragraphs, or large like the one Robert Dempsey faced—they’re all for our growth and betterment.

And even more so, I would go so far to say that if we’re not a little uncomfortable, we’re simply not pushing ourselves hard enough.

To close, I'd ask you to consider if you're pushing yourself as you should be. Are you challenging the status quo when necessary, even though it's not comfortable? Are you taking care of your mind, body, and soul...even when it hurts? And are you reaching the God-given potential you've been blessed with, even though the bumps in the road would dictate otherwise?

If the answer is ‘no’, then it’s time we pushed a little harder folks.

I have a couple of specific questions I’d love to hear the answers to from each of my incredible readers…..What ‘uncomfortable’ bumps in the road have made the biggest difference in your life? Also, what are your day to day ‘discomforts’ that are helping your reach your ultimate goals?

As always, if you leave a comment here you will feel dang awesome and not only that, but you’ll be a part of one of the strongest communities on the internet. :-)

14 ideas for bootstrapping your marketing and sales during coronavirus

How to completely optimize your Google My Business listing for 2020

How to Tackle Customer-First Marketing in 2019 [Infographic]

The Importance of ROI in Marketing: Why Calculating ROI Is Important for Growth

The Honest Economy: A New Way of Doing Business