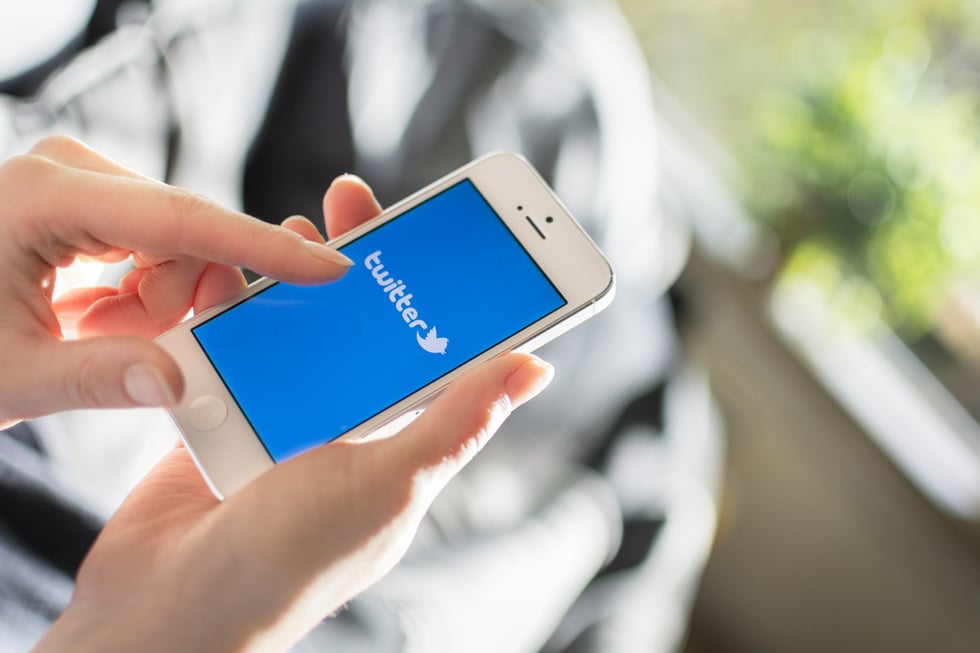 How will this change impact user browsing behavior? And what does it mean for the millions of marketers that use Twitter as part of their toolkit?

Twitter first started testing this new "Topics" feature in August on Android devices after announcing it at a press event at the Twitter HQ in San Francisco.

The premise is simple. You can follow topics instead of having to follow accounts or hashtag trails. So, let's say that you're a big fan of the Lakers. Instead of following the team's news feed to keep up-to-date on basketball happenings, you can follow the Lakers as a topic, where you would see content about the Lakers from "vetted" accounts across Twitter.

That means that you could see content from not only the official Lakers' account, but also from team analysts, sports broadcasters, and other notable figures who are part of the Laker ecosystem.

Unlike Moments — a past feature that lets users follow topics like the Oscars — Topics uses multiple layers of curation (including people and machine learning) to deliver hyper-relevant tweets about a topic.

This ability to follow conversations as opposed to users marks a shift in the way Twitter is thinking about conversations.

"We are basically rewriting the entire conversation service"

Over the past few years, Twitter has been slowly changing the dynamic of its platform. What started off as a broadcasting service for brands and users to voice themselves is gradually changing into a conversation-driven platform stuffed with emojis, retweets, and replies.

This new Topics feature bypasses the need to directly follow specific users or brands. Instead, people will be able to tap directly into the type of content that they want. If you want political news, you won't (in theory) have to follow every senator, you can simply click the politics topic to see relevant tweets.

At the press event in August, Twitter product team leader Kayvon Beykpour said, "We are basically rewriting the entire conversation service," hinting at a shift in Twitter's overall mindset when it comes to content exploration.

Twitter has experimented with similar features (all with mixed results) like "Happening Now," "Moments," and "Explore," aimed at doing the same things — making the platform easier for new users and more relevant for its social media veterans.

Indeed, Twitter's exploration problems have been discussed for years. Reddit alone has several massive communities dedicated solely to curating Tweets. But why should people have to use Reddit to browse Twitter?

It's a problem that's plagued Twitter for years. And, it's part of the reason that Twitter is so difficult for brands to break into. 80% of tweets are coming from 10% of users. Users and brands who are already Twitter-fluent have a serious advantage against newcomers.

Newer brands have difficulty grabbing a following, especially when the people seeing their content likely already know who they are.

To win on Twitter, you need followers. But getting those followers requires people to see your content — which they aren't seeing unless they're following you. It's a vicious cycle that's forced some brands to use word-of-mouth, out-of-home-advertising, and third-party tools to boost their Twitter follower count. But shouldn't building a following on Twitter happen on Twitter?

Twitter is changing. In the past, getting noticed required fueling your followers list. What should have been a vanity metric was a very necessary piece of your marketing strategy. If you didn't have followers, you simply wouldn't get views. This has made Twitter a pay-to-play platform for newer brands that's extremely difficult to both navigate and utilize — especially for those unfamiliar with Twitter's interface.

New features like Topics could help break that trend and revitalize the organic component of Twitter marketing.

Currently, Twitter is only testing the feature out on 300 topics (most related to entertainment and sports), but Twitter says that it plans on adding new topics week-by-week.

For new brands, these features could help you get exposure without requiring a massive following. If you put out organic content related to specific topics, users may find your posts simply because they're interested in the type of content that you're putting out. In a sense, Twitter is pre-vetting your users.

Of course, big brands also have plenty to gain. With a team of people curating content, Topics will likely heavily feature established brands and users who are already a big part of the community.

While this update may not completely fix some of Twitter's browsing problems, it will almost certainly introduce users to new brands. And that's good for everyone.