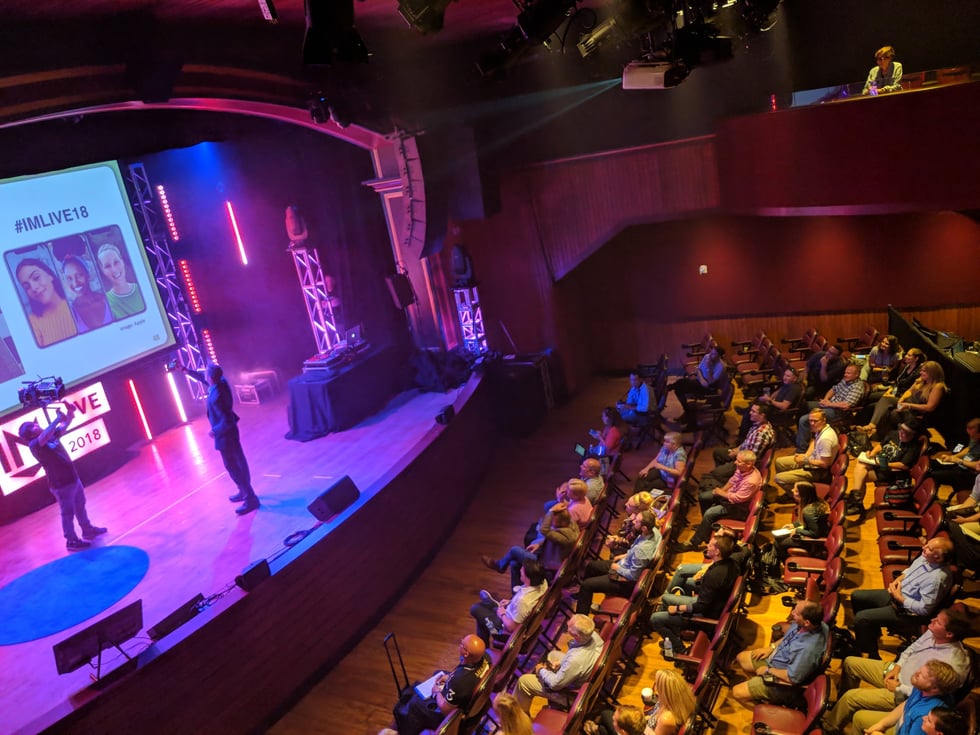 We kicked off day 2 of IMPACT Live 2018 by announcing plans to do it again next year (and yeah, even bigger)!

1,000 of the smartest inbound professionals will be learning from one another at the Connecticut Convention Center in Hartford next August 6 and 7. Will you be one of them?

If you register before August 15 you can grab an All Access pass for just $150 (no promo code needed). Register now!

Book it today #IMlive18 for next year. It’s a must attend Marketing conference pic.twitter.com/U4PL3wFmWJ

If you have been having FOMO.... here is your notice: @Impactbnd #imlive18 #announcement pic.twitter.com/t83p6c4W1l

We eased into the rest of day 2 of IMPACT Live 2018 with a guided meditation by Rob Dube, author of "Do Nothing, The Most Rewarding Leadership Challenge You Will Ever Take" followed by a discussion about mindfulness and leadership.

It's facinating how many self-described sceptics find value in meditation. Great start of day two of #IMLive18 with @robdube pic.twitter.com/dYwKsmMEbT

After that, we jumped right back into the inbound content with our community track, which included talks from:

Following the community track we took some time to talk about the importance of, above all else, attracting and retaining top talent.

Above all else, attract and retain top talent. So true @BobRuffolo #IMlive18 pic.twitter.com/lul8hgpR15

This track included talks from:

We wrapped up the day taking a look forward into what the future of marketing looks like, including talks from:

Here are some of the highlights:

Great to be at @Impactbnd #IMLive18 for the 3rd year in a row! Bigger, better, and more badass every time! pic.twitter.com/31xeI1mE7J

Shoutout to Stacy Willis for showing you don’t have to choose between career and motherhood! 👏🏽 #IMLive18 pic.twitter.com/OxbeSvLfBv

Overworking is not the same as challenging employees. #IMLive18 pic.twitter.com/jUSTeIy52t

Amazing and massively heart felt talk by @chrisduprey82. And THAT was his first talk?? Wow. Freaking crushed it in every aspect.
And thank you for your service, Chris. 🇺🇸 #IMLive18 pic.twitter.com/16MXynZqJk

#IMlive18 @dmscott "To learn it you need to LIVE it". BOOM. pic.twitter.com/6azaHSYAro

“Is a machine going to take my job? Only if you don’t change it.” Via @dharmesh CTO/co-founder of @HubSpot at #IMLive18 @Impactbnd pic.twitter.com/adMaCPiaqX

I’ve certainly had the time of my life and I owe it all the @Impactbnd team and @stephcasstevens! Thank you for giving me the opportunity to attend #IMLive18 pic.twitter.com/3y1ubpZcMQ

For a full peek at the IMPACT Live 2018 magic, check out the highlight reel below: