The Advantages of Viral Marketing 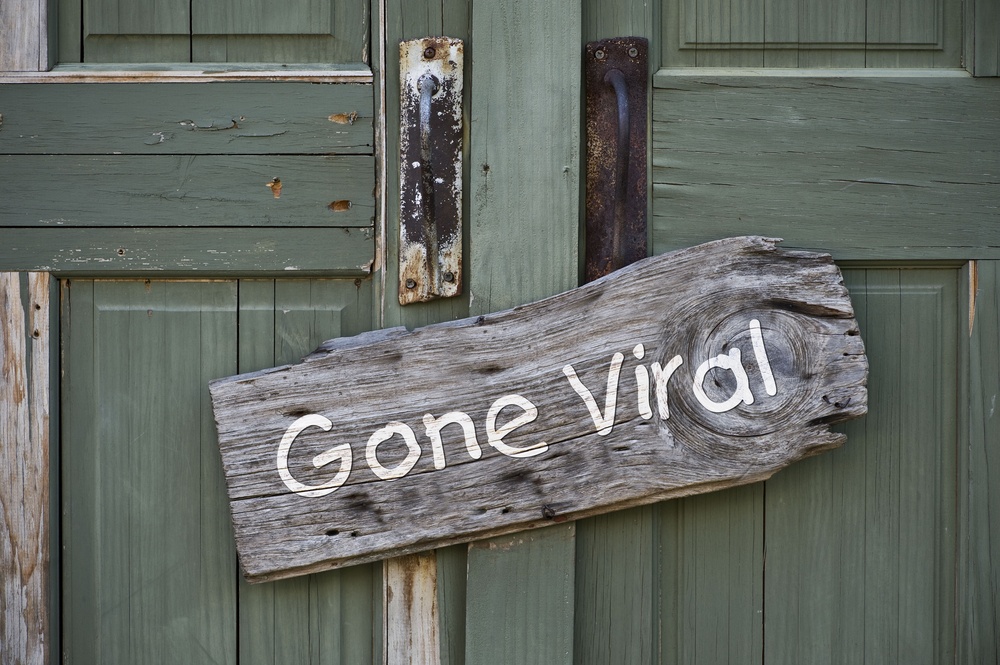 Viral marketing went from a flashy buzzword for an unpredictable internet meme to a much sought-after strategy, years ago, but that in no way means it's old news.

As a marketer or business owner, you're probably familiar with the idea of "going viral" and would love to take advantage of it, but the truth is, there are many misconceptions about what it really takes to do so as well as the benefits that ensue.

Before we get into all that, let's make sure we're clear on what exactly viral marketing is.

What is Viral Marketing?

Though usually referring to online activity today, any strategy that encourages word-of-mouth can be considered viral marketing. If it's goal is to get hoards of people spreading the word about your product or company, reaching new audiences, and creating rapid growth for your businessm then it's viral marketing,

Before internet marketing, businesses had to leverage traditional, outbound media, or ask their customers to do.

It took much longer and, in some cases, was very expensive, but today, we have social media that allows us to achieve the same thing, much quicker and cheaper, than ever before.

Though easier technically, virality is nevertheless more challenging today as there is far more competition than there was in the past.

Because of the increase in competition, viral marketing often must be "engineered."

When we talk about viral marketing today, we're really talking about an intentional campaign.

Yes, some of the biggest viral sensations often occur randomly, but more and more frequently, we are finding that viral marketing is being strategized and precisely engineered.

One of the best known examples of this the "growth hacking" case study of Hotmail. When it was first launched, Hotmail used viral marketing to quickly became the leading free email service until Gmail finally overtook them in 2012.

It's strategy was simple:

At the time, Hotmail was the simplest, most intuitive email service available; and unlike AOL, it was also free. The user-base exploded, and to this day it remains one of the most successful viral marketing case studies.

More often than not, when something goes extremely viral, there is a lot of luck involved.

Such is the case, in 2016, when the apparel company, Vans made headlines thanks to two teenagers and their running Snapchat joke, "Damn Daniel."

You can see how it all unfolded here:

The videos, though random in nature, were infectious.

Vans saw an immediate spike in sales, with a 20% increase in direct-to-consumer sales and 30% rise in online sales, but the way the company responded to the viral hit was even more impressive.

Vans noticed the video early in its rise on social media and immediately took advantage. It  refocused its marketing and set up its website to send all visitors directly to the white shoes seen in the viral clip.

The media phenomenon couldn't have been better timed either as Vans was about a month away from its 50th anniversary.

The Advantages of Viral Marketing

Likes, shares, and "15-minutes of fame" aside, viral marketing can benefit your brand in a number of ways.

While initially your campaign may need a little push (perhaps paid promotion on social media), as it begins to get picked up by your audience, they will do the sharing for you and you can pull back on your advertising expense.

Furthermore, your future initiatives are more likely to naturally reach  larger audience thanks to the brand awareness established during your viral campaign.

Even the cases that look like overnight successes usually turn out to be a 10-year struggles where the founders hustled through many failed attempts until finally getting it right.

That said, viral marketing is one of very few tactics that has the potential to create explosive growth in very little time.

This is obviously the most appealing advantage to business owners, but it's also the most difficult one to accomplish.

Fortunately, you don't need overnight success to be successful with viral marketing. If you can get even steady, consistent growth at a relatively low cost, you're already ahead of the game.

As inbound markters, we'll usually say that you don't need mainstream media to build awareness, but no one can deny the power and audience is still holds.

Viral marketing, when done correctly, gives media outlets a reason to cover your brand without you paying or petitioning for it.

The beautiful part about getting mainstream media coverage is that in itself creates virality as smaller media outlets follow the stories pushed by the big names. Just imagine what a feature on NBC or ABC could do for your product.

The simple fact of the matter is usually with recognition, comes trust and acceptance.

When your brand "goes viral" and grabs the attention of a new audience, more people are willing to give it a chance. Think of Dollar Shave Club and how many people were suddenly willing to give new razors a try after its viral video.

Although we usually focus on the sales that result from viral marketing, we can't ignore the fact that going viral has a tremendous impact on lead generation.

People always gravitate to trending topics. Everyone might not be ready to purchase from you just yet, but when you attract enough attention, they certainly want to keep you in mind for when they are ready.

Realistically, you're likely to generate more leads than customers from viral marketing if you're a B2B brand or you're a service-based business, but it is well worth the the effort.