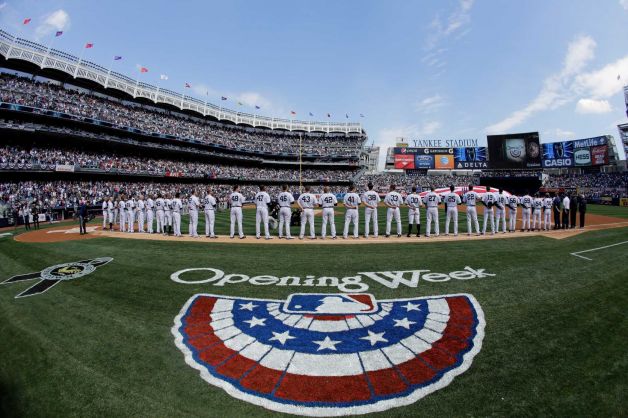 Baseball season is upon us.  Hope springs eternal, even for the biggest of long shots.  Expectations have been set, and come October teams will find out how their results have measured up.

Similar to these baseball teams, inbound marketers will have an evaluation of their campaigns’ performance after many months of hard work; and much like the fans, executives will want some concrete examples of success.

One question to ask is what defines campaign success? An easy way to measure success is to compare results to expectations.  For a baseball team it comes down to year over year wins, whereas a business will be looking at its bottom line.  Regardless of the differences, each is asking a simple question: are the dollar inputs producing adequate performance outputs?

For inbound marketers there are a variety of performance metrics to understand and utilize.  Trying to understand all of them may make your head spin, but perhaps we can help.  Let’s stick with the season and use baseball as an illustrator in breaking down four  common inbound marketing metrics for measuring a campaign’s success.

We’ll first touch on traffic, since it is a good indicator of a campaign’s effectiveness.  Simply put, traffic is the number of visitors that you have to your website in a given timeframe.  Just as a baseball stadium wants as many fans as possible, an inbound marketing campaign seeks to maximize web traffic.  An increase in average attendance is a sign of a successful team, just as increased traffic is a sign of a successful inbound marketing campaign.

If you are looking to increase your web traffic, here are some suggestions:

Congrats, you’ve made it to second base!  While it is good to have web traffic, it is even better to have consumer engagement in your inbound campaign.  Customer engagement is exactly what it sounds like: how much are customers interacting with your inbound marketing campaign?  You can put a team on the field, but if nobody shows up to the game then you are considered irrelevant.   Campaign elements such as social media posts are great to generate excitement about your business, but if they are not being shared then your campaign will likely hit a wall.

If your customers do not seem to be engaged enough you may want to try:

It may be easiest to think of “detractors” as the hecklers of baseball and “promoters” as the die-hard fans.  Your true fans are much more likely to recommend your company to their friends, whereas your hecklers are not going to be any help.

If your company seems to have a stadium full of hecklers you may want to try:

Let’s consider two historical free agent signings to illustrate this concept.  Randy Johnson of the Arizona Diamondbacks and Albert Belle of the Baltimore Orioles both agreed to similar four year contracts.  While Johnson won four consecutive Cy Young awards and helped Arizona win a World Series, Belle only played for one season despite being paid for four.  It’s pretty easy to see which team received a better return on their investment.  To ensure that you produce a Johnson-esque ROI rather than a Belle-ish one, continually monitor and adjust your inbound campaign as necessary.

If your ROI is not quite what you are looking for, consider doing one or more of the following:

There you have it, we have rounded the bases.  In a baseball sense, we have “touched em’ all,” but from a marketing standpoint there are plenty of other common inbound marketing metrics that a company can use to measure a campaign’s success.

Don’t worry if you are still trying to understand the different metrics that you should use to evaluate your campaign.  Just as baseball teams have a long season ahead of them, your inbound campaign is an ongoing process.

With the right amount of attention and monitoring, you should be on track for a successful campaign; but if you’re looking to acquire an all-star teammate consider giving IMPACT a call.

Outbound vs inbound marketing in 2020: What's the difference?

What Is Google Tag Manager & When Do You Use It?

Sessions vs Page Views: Which Website Metric Should You Be Measuring & When?

7 Must-See Graphs: How Companies Are Using Competitive Insights to Get Ahead in 2019 [New Data]

Does Your Creative Really Work? New Machine-Learning Knows For Sure.

Facebook Attribution Gives New Insight into If Your Ads Are Working