Stories May Be The Future of Facebook (& Your Social Media Marketing) 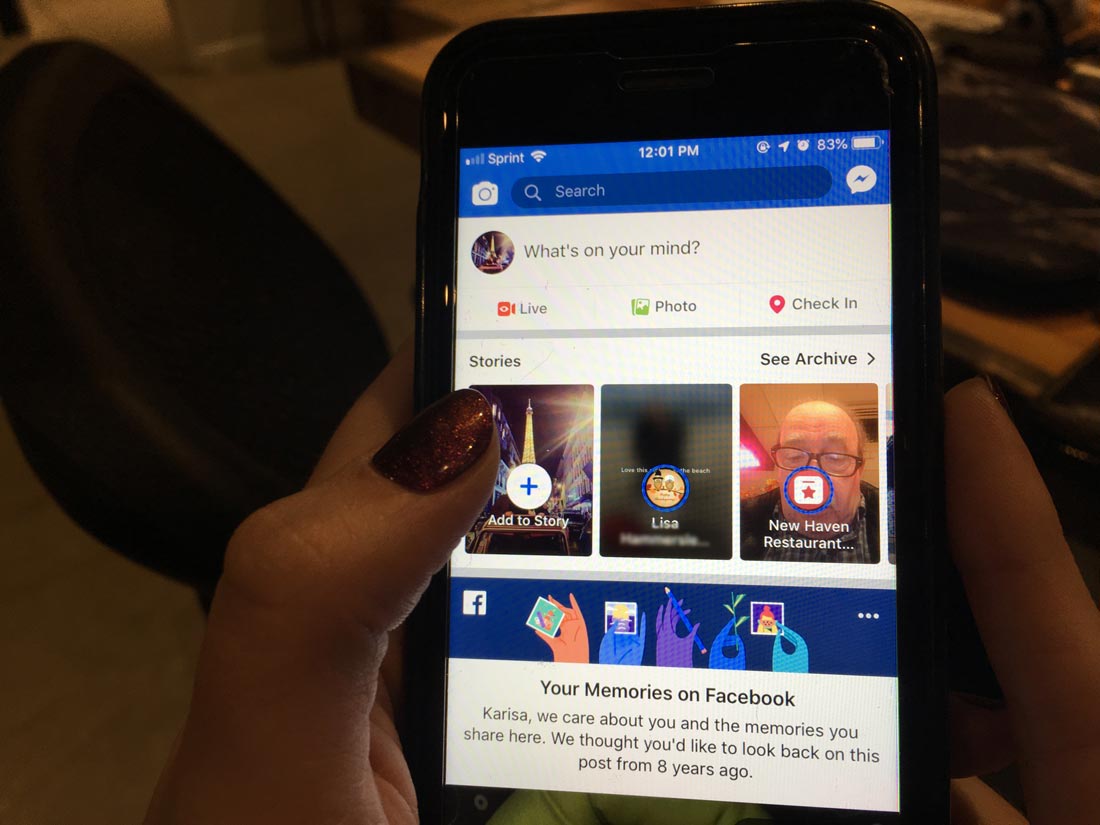 Facebook first started out as the platform for college students to find fellow classmates and often see if  someone was on or off the “market,” but over recent years, we’ve seen it expand into many different arenas.

Marketplace for selling goods, Watch for hosting and watching videos, Messenger for chatting...

These have all had their moments in the spotlight, but during Facebook’s third-quarter earnings call last week, it became apparent that it may be making another shift, further embracing “Stories” to increase engagement, daily users, and boost advertising.

So Why The Change?

After seeing the success that Snapchat saw with Stories, they became a must-have for any social media platform.

In August of 2016, Instagram launched its version which has been wildly successful and the also Facebook-owned, WhatsApp has embraced them as well.

With over 1 billion active daily users of Stories on its three platform (Instagram alone seeing double the daily active users of Snapchat), leveraging them can no longer be ignored by Facebook.

Zuckerberg said it himself: “I just think that this is the future,”

Just like when Facebook went to a mobile-first approach they saw a dip in revenue and it paid off, they are making the same bet with Stories.

Last quarter’s revenue was lower than projected, but they are expecting it to increase going forward with their investment into the Stories feature.

Despite its high usage, Stories currently are not set up to monetize as effectively as Facebook’s other offerings, but all that is going to change in the near future.

Zuckerberg shared that the trend came up quickly and that the company is still in the early stages of its ad offerings for Stories.

“I’m optimistic that we’ll get ads in Stories to perform as well as feed over time,” he said. “...[The] opportunity will be even bigger [than our current ads] because it looks like Stories will be a bigger medium than feed has been,” Zuckerberg said.

Why Should Marketers Care?

Your Audience is Most Likely There

I hear all the time from clients “My buyer is not on Facebook,” but this is something I have to strongly disagree with.

With over 2.23 billion people on Facebook, my bet is that many of your buyers and sellers have an account.

The challenge is getting in front of them when they are on -- Stories are the future of that.

Start today by checking out this blog about how to master Instagram Stories (same steps, as Facebook) and get in front of your prospects like never before!

If you are already doing paid Facebook advertising, my encouragement is to shift your strategy to include advertising on Stories especially on Instagram.

The good news is, it is currently cheaper than advertising on the feed.

As mentioned above, Facebook’s Story-ad potential is majorly untapped, at the moment. In the future, I’m sure we’re be seeing a wide variety of new ad opportunities similar to those on Instagram.

For instance, consider a “takeover.” It’s quite common for brands to hand off their social media account to an employee for the day and give prospects a behind-the-scenes look at what happens every day at the office, their morning commute, or whatever they decide the share.

With Stories disappearing after 24hrs, marketers and brands can share a little more personal information to make the prospects realize, we are also human.

Overall, if you aren’t already exploring how to use Stories in your social media strategy, you need to be.

More and more users are consuming social content in this way and paying less attention to their newsfeeds.

If you want to catch their eyes, you need to meet them where they’re looking!