State of California vs. DOJ: What This Means for Net Neutrality 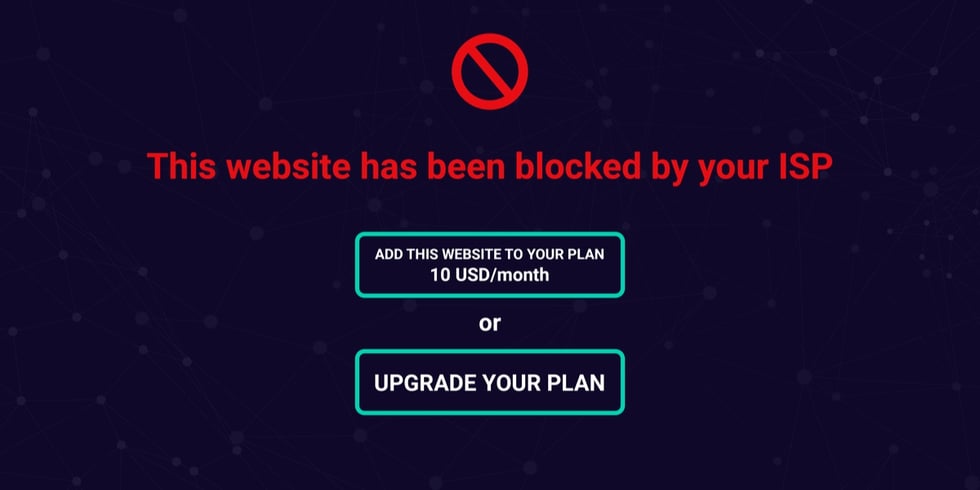 Yesterday, the state of California passed the strictest net neutrality protections in the country so far.

This law is meant to take the power away from the Internet Service Providers (ISPs) and retain that the internet is a public good and that it should be regulated like one.

Mere hours after Governor Jerry Brown signed the bill into a law, the Department of Justice slapped the state with a lawsuit.

Let’s Back Up -- What’s Net Neutrality?

Put simply, net neutrality means that internet service providers (like Comcast, AT&T, and so on) allow access all content and applications regardless of the source equally, without favoring or blocking particular products or websites or fluctuating costs.

CNN shared a really great example of how a real-life scenario if this didn’t exist:

Netflix is in direct competition with Comcast, which owns NBC Universal, and Comcast provides internet connection to over 20 million users.

Knowing this, it’s easy to imagine a scenario where Comcast would want to speed up streams of NBC shows but slow down streams of its rival, Netflix.

In  this particular case, Netflix can afford to pay more money for a ‘faster lane’ on the information superhighway, but what about smaller startups?

In this situation, smaller businesses aren’t able to compete (aka pay) with the big guys.

Chances are that their websites will load unbearably slow or, even worse, will be completely blocked and in turn, they will lose visitors and/or business.

Net Neutrality prevents this, but as we know, on June 10th, 2018, it was repealed, giving ISPs the right to charge whatever they want.

What is California’s Stance?

First off, California isn’t the first state to have taken a stance and passed its own regulations.

Washington and Oregon have already lead the way, however, unlike other states that have copied the original two-page summary of the FCC rules, California has done a particularly good job rewriting the law to protect the state and its residents against possible loopholes.

"Most people don't understand how hard it is to do a solid net neutrality law," said Barbara van Schewick, a professor at Stanford Law School. "What's so special about California is that it includes not just two pages of rules, but all of the important protections from the text of the order and as a result closes the loopholes."

Plus, the state of California is the largest economy in the US and the fifth largest in the world; therefore, it plays a large and influential role over how other states regulate businesses and federal laws and regulations. Also, as a tech hub, these actions reflect the views of much of the population and greater industry.

Perhaps those two reasons are the driving force for why the government has taken such swift, and public, action against the law.

Attorney General Jeff Sessions said in a statement. "Once again the California legislature has enacted an extreme and illegal state law attempting to frustrate federal policy. The Justice Department should not have to spend valuable time and resources to file this suit today, but we have a duty to defend the prerogatives of the federal government and protect our Constitutional order."

That sentiment is echoed by the Internet Service Providers with statements such as:

"Rather than 50 states stepping in with their own conflicting open internet solutions, we need Congress to step up with a national framework for the whole internet ecosystem and resolve this issue once and for all," Jonathan Spalter, president of USTelecom, said.

However, Barbara van Schewick, says the California bill is on solid legal ground and that California is within its legal rights.

What Does it Mean?

It’s tough to say what will happen next when it comes to the State of California vs the Department of Justice.

In the last few public cases between the US government and other parties, we’ve seen stand its ground and prevail. .

Cases that seem cut and dry turn out not to go the way that the majority expected and I do fear that it will be the same for this case  -- but that doesn’t mean they’re going to stop.

Personally, as a digital marketer and a supporter of small businesses, I do worry about the future of Net Neutrality, but there are millions still fighting for it.

Without the protections that California is advocating for, small to midsize businesses and startups alike (i.e. IMPACT or even likely your organization) won’t be playing the same game that the big corporations can.

Many can’t afford to spend hundreds or millions of dollars to internet service providers just to ensure their sites will load.

Lacking the same opportunities as the big corporations, these smaller companies will lose out on web traffic, which in turn lessens their exposure with new audiences and diminishes their chance at online lead generation.

So, here we are -- all patiently waiting to uncover what will happen when it comes to net neutrality and while none of us know yet, we’ll be along for the ride with this very public, very important matter.