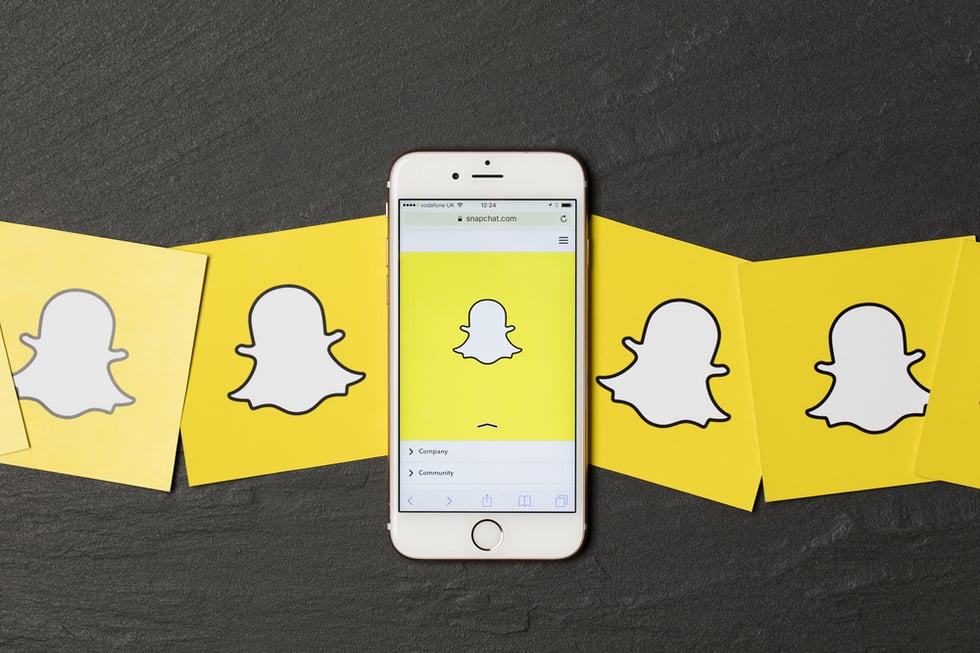 On Snapchat, users spend an average of 30 minutes on the platform, creating 3.5 billion snaps daily!

With the launch of creator shows back in July, featuring brands and influencers such as Serena Williams, Arnold Schwarzenegger, Keke Palmer, and Loren Gray, the time users spend on Snapchat has more than tripled.

Indeed, the platform boasts “there’s no better place to engage with millennials and Gen Z.”

Therefore, it’s not surprising that Snapchat announced the launch of its mid-roll extended play commercials, with the hopes to capture the attention of brands looking to post longer storytelling ads.

What are extended play commercials and how will they work?

Similar to Snapchat’s six-second non-skippable ad format, these ads will be displayed throughout discover content and creator shows, while allowing advertisers to extend the ad’s runtime beyond the six-seconds to a maximum of three minutes.

While the first six seconds of the ad will be non-skippable, once those initial seconds are up, users will have the ability to skip the ad or continue watching the full commercial.

With the extended ad time, digital marketers are able to spend more time showcasing their brand and telling a story.

Brands who have been testing and utilizing the extended play commercials include Nissan, Gap, and 20th Century Fox with their movie trailer for Call of the Wild. 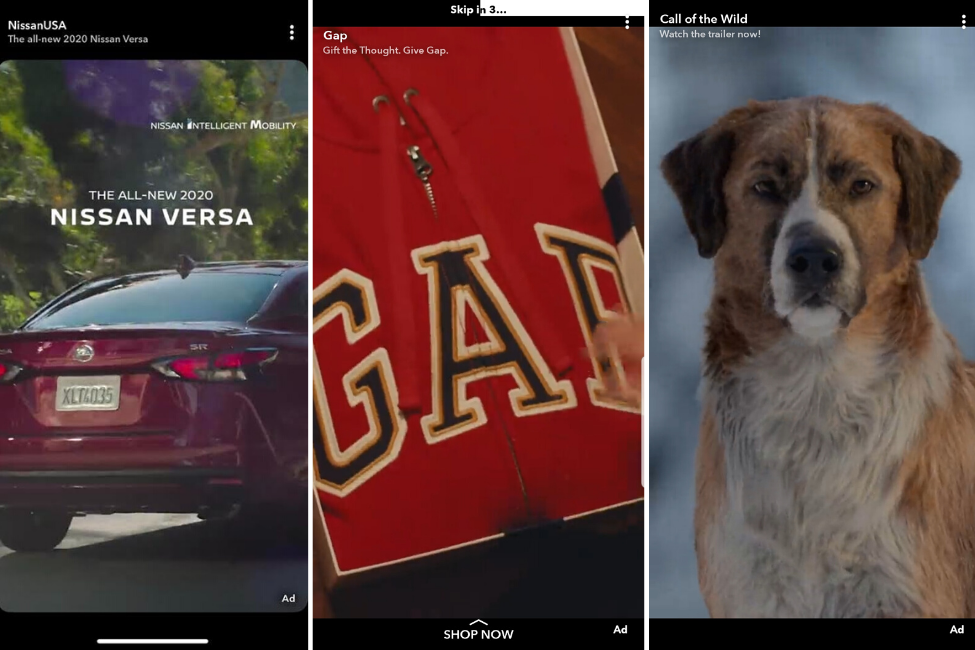 Nissan / Gap / Call of the Wild via Snapchat

Currently, the extended play commercials are available in beta to select brands and whitelisted advertisers — and you can find the ad format in your Ads Manager.

If you’re a Snapchat advertiser who didn’t get access to the closed beta, you can request access by reaching out to your sales representative.

Why Snapchat is extending the ad format’s length, and what this means for marketers

According to a recent study by RBC, 76% of marketers surveyed indicated that they haven’t advertised on Snapchat.

A big factor discouraging marketers from using the platform was the six-second ad format. Other platforms such as Instagram and Facebook allow marketers to post videos that are upwards of 15 seconds in length, and many of those videos are non-skippable.

While Snapchat's six-second ad has been around for a few years, Snapchat has struggled to attract brands to such an arrangement.

The six-second time frame often poses challenges for brands and marketers. Brands can struggle to effectively utilize this time constraint, striving to convey meaning in such a short time. There’s the struggle between telling a story and fitting the restrictions.

With extended ad run times, marketers and brands don’t have to create specific ads just for Snapchat. Instead, they can simply optimize other content for the platform.

Even more so than other social platforms, Snapchatters are using Snapchat while shopping — at a rate 46% higher than Instagram and 58% higher than Facebook.

Snapchat realizes that by extending the length of its ad format, the platform can broaden its customer base among marketers who are unable or willing to shorten their existing ad campaigns, especially as we’re heading into the holiday season.

With this new format, Snapchat hopes to attract marketers eager to advertise to the platform's young demographic.