3 Remote Work Struggles and How We Overcame Them 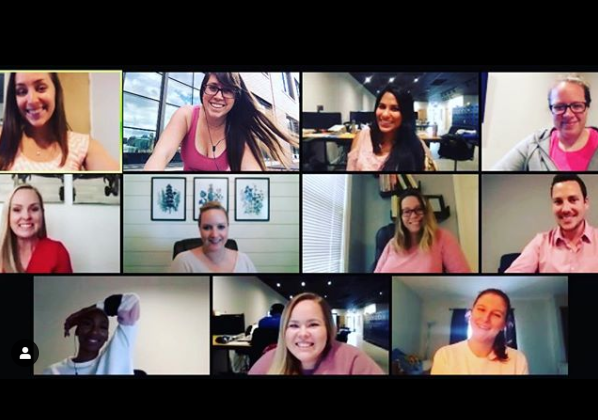 Over the past year, our remote team of outstanding, high-performing marketers has quickly outnumbered our in-office team. Because of this, we’ve found ourselves experiencing some remote struggles we had to solve for quickly.

Remote working has many known productivity and morale benefits and is a highly sought-after perk by job hunters these days, but that doesn’t mean it isn’t without its flaws.

As this becomes more and more popular, a lot of companies are experiencing similar issues to IMPACT when they start experimenting with it.

After going through these struggles and finding ways to overcome them, we want to share them in case it can help you make a more enjoyable remote workplace for your employees.

With our remote team scattered across the entire country, it’s no wonder there was a concern about face time with the team. Face time allows people to feel more connected to each other and deepens relationships.

Here are a few ways we’ve combatted the distance:

Zoom is the video conferencing platform we use for all of our meetings. In each meeting, every team member brings their laptop so they can call in with their camera.

After doing video calls for so long now, regular phone calls seem much more awkward and impersonal. It really helps the flow of the meeting, and for remote people to feel like they’re in the same room as the rest of the team.

To make sure our team members all stay connected and in the loop with responsibilities, each team has a daily stand up meeting.

Daily stand-ups are brief 15-minute meetings where team members touch base on what they did the day before, what they’re doing that day, and any impediments standing in their way.

Because we think in-person face time is beneficial as well, we plan a few different get-togethers per year.

Bringing the Whole Team Together

However, after going through a few rounds of people coming in, we realized it wasn’t practical to ask people to come into the office for a week that often, or even at certain times during the year.

We also found it was distracting for the in-office team members who weren’t used to the chaos of having double the people in the office.

Instead of having the whole team in the office multiple times per year, we decided to have one big team get-together during the week of our company conference. 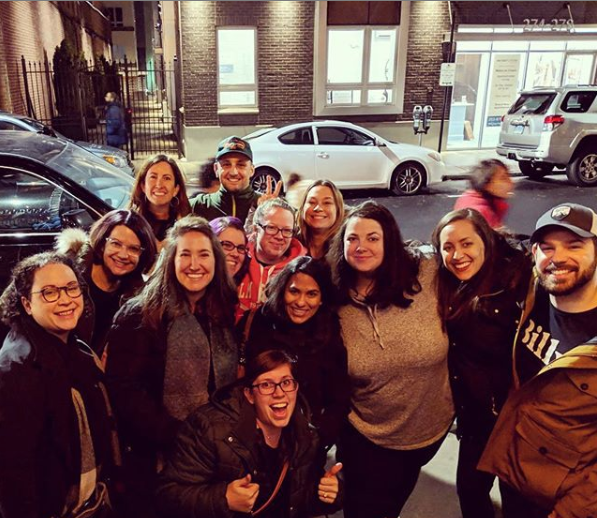 This way everyone gets to experience the conference, and we have the rest of the week to plan team building, trainings, and we also plan to do a big team event that everyone goes to.

Instead of bringing the whole team together multiple times per year, we now bring individual teams and departments in throughout the year instead. 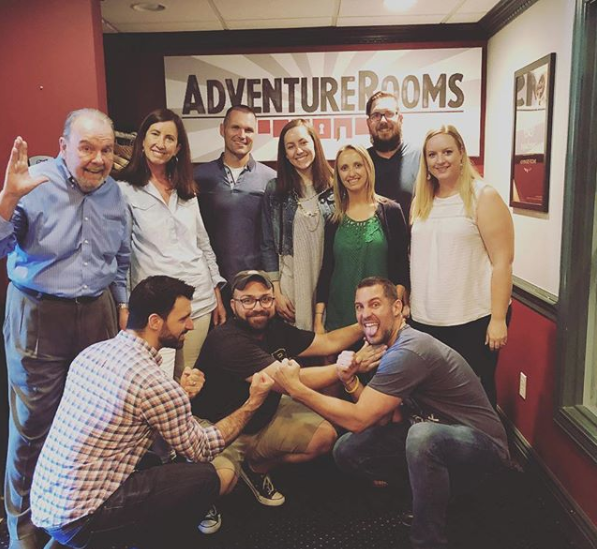 This is a new tactic we’re trying so our team members don’t have to travel quite as much, but they still have the opportunity to get in-person time with their teams.

If you have a remote or partially remote team, make sure to plan and budget for team get-togethers throughout the year.

This one applies to everyone in the company, but it especially helps when people are remote.

As a remote employee, it can be very frustrating to be left alone with no direction, and no way to walk up to someone to ask them what to do, or even know if you’re doing enough.

Knowing what is expected of them means they don’t have to keep waiting on tasks and can hit the ground running each day.

Here are a few ways we make expectations clear at IMPACT:

At IMPACT, we measure the output from each employee using a points system. The points generally correlate to a certain amount of time, and we know how many points each position in the company should do each week.

This helps to hold people accountable for what they’re supposed to produce, but it also ensures that people aren’t overworking.

With blurred lines between the home and office for the remote team, it can be very easy to let them spill into each other and lead to burnout. Keeping a good tracking system can keep this in check.

Each week, every team meets for a “Retrospective and Planning Meeting.”

These are longer 1-2 hour meetings where team members reflect on the past week (or two depending on how often they meet) and plan for the next week. This gets everyone aligned on what the priorities are, and what they’re going to be working on during the upcoming week.

Especially with a remote team, the more you can communicate on expectations and deliverables, the more they can be held accountable and ideally prevent burnout.

3. Feeling Distant from the Company

When in the office at IMPACT, you could bump into Bob, our CEO, and get caught up on the things that he and the leadership team are working on, or voice your opinion about a recent company change.

You can overhear a conversation and get an update on current projects or new things we’re rolling out.

When you’re remote, you can’t have those same interactions. So, we needed a way to keep remote people in the loop of things going on at the company, even some of the smaller updates.

Because we’re a very transparent team, it’s incredibly important to us that we’re over communicating all the time and in different ways:

Each week, the whole team tunes in to our all-hands meeting in the office or via Zoom. During this meeting, we go over company financials, big wins, new hires, and large company updates.

We have a Slack group called #company-updates where we can instantly post anything that directly relates to the whole team. Everyone is expected to read all of the updates in this channel so nothing can get missed.

Every so often, the leaders of the company will post video updates to recap a recent meeting, give a big company announcement, etc.

This is a more personal way to keep the whole team aligned, and it also makes our company leaders more relatable because they can visually see them communicating with the team and witness their emotions.

Again, when you’re in office, this may happen more naturally, but when you’re remote, having these videos helps fill that void.

While in-office employees have the option of walking up to my desk at any time, remote team members can’t do the same.

With that in mind and in an effort to allow the dialogue to go both ways, we send out a quarterly team survey to get feedback directly from each and every team member, in-office and remote.

Trends are pulled from these surveys and then reviewed by the leadership team to be addressed at the all-hands or in another way.

It’s important to have various ways that remote people can stay in touch with what’s going on at the office. This not only makes them feel connected to the company as a whole, but it allows them to see company progress and contribute to future plans.

What Remote Struggles Are You Facing?

I’d love to know more about the remote struggles that you’re facing or that you have overcome. Feel free to chime in in IMPACT Elite with any ideas or suggestions!