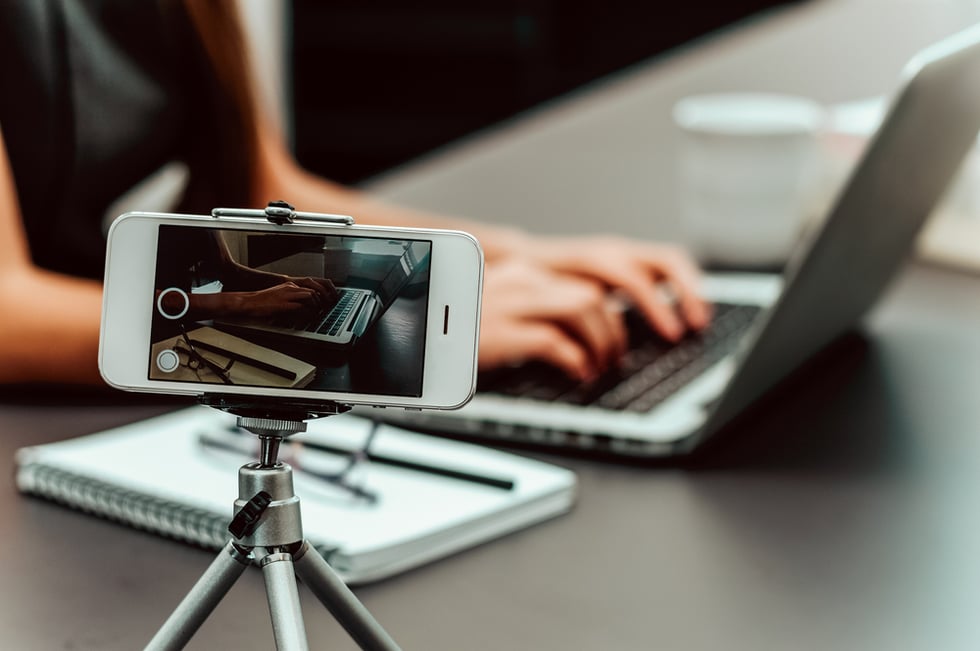 As video marketing becomes more essential for brands, there is an increased focus on tools that make it easier to create great quality videos regardless of your technical skill level.

After all, traditional video creation does require not just editing skills, but high-quality equipment, creativity, and an understanding of how to convey your brand's personality and message to your audience.

All of these factors can create a barrier for less-seasoned marketers to hop onto this trend.

However, this barrier to entry has created an increased demand for tools that make video creation easy, efficient, and accessible to all teams.

Now, a new player has joined the game: enter Trash.

Using Trash, users can focus on getting the shots they need, and Trash promises to do the rest.

Trash may be new, but it has roots in an earlier video-sharing app. Its Co-Founder and CEO Hannah Donovan was formerly the general manager of the short-form social video platform Vine (RIP).

However, unlike Vine, Trash’s ease of use is centered on its advanced AI capabilities that enable creators to automate the post-production process.

Trash boasts a straightforward tagline: “You Shoot, We Edit.”

In other words, the user uploads the footage, and Trash’s advanced AI combs through the content and weaves together the most important or interesting elements into a single cohesive video.

After Trash pieces together the final video, users can fine-tune it even further, adjusting things like video speed, music, or the “vibe” (which I’m assuming refers to the filter overlay over the video — but this is currently unclear).

From there, users can share their Trash video on social media directly from the app.

TechCrunch’s Anthony Ha got an opportunity to test the app before its release, and reported the following on his experience:

“[Hannah] Donovan demonstrated the app for me last week, shooting a few brief clips around the TechCrunch New York office, which were then assembled into a video — not exactly an amazing video but much, much better than anything I could have done with the footage.”

The design feels very similar to what you’d see when you post on other social media platforms — it looks very user-friendly, appears easy to segment out the “good takes” from the “bad takes”, and is set up in a way that’s made for people who may only have access to their phone camera.

But don’t let the simplistic UX fool you. Behind the scenes, Trash’s machine learning capabilities are anything but simple.

Moreover, Trash’s AI is designed to get smarter and smarter over time as it learns which types of videos worked, and which needed to be tweaked (and how) before sending. So, the more users that use Trash, the better the product will become.

Apply to the Trash Beta

Because Trash relies on training data to improve the app, it’s going through a series of beta tests before being released to the public.

Right now, Trash is at the beginning stages of a “creators beta,” where it’s seeking a variety of video creators to both submit data and provide feedback on the product.

Donovan states that the company is accepting all different types of creators into the beta but is specifically looking for “talented photographers who haven’t yet embraced video” for this round.

If you’re interested in testing Trash, you can request an invite to the closed beta by downloading the iOS app today — and support for Android phones will be rolling out in the near future.