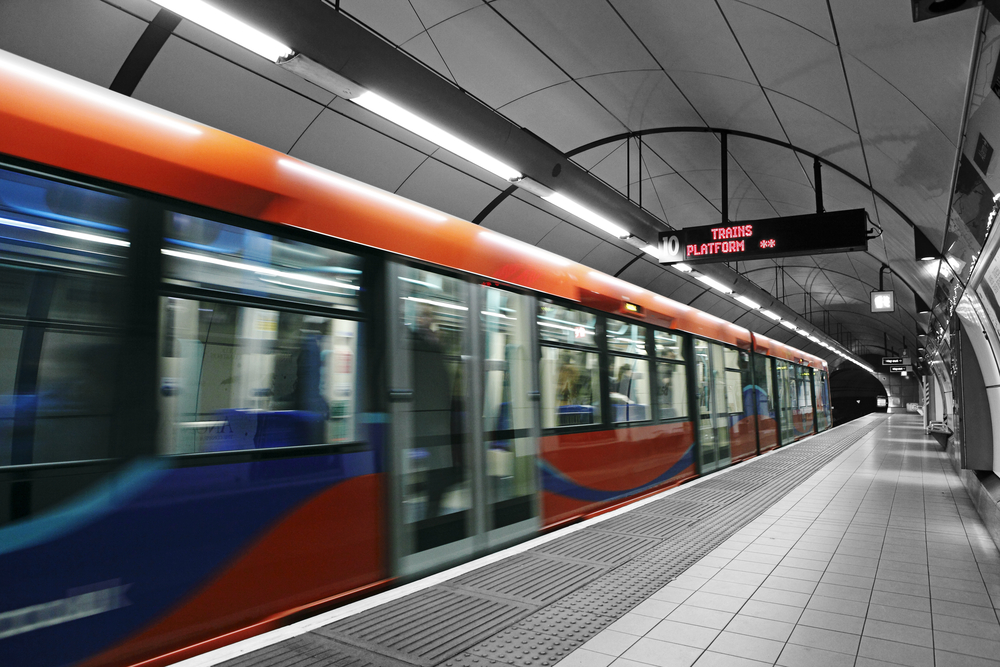 If you’ve ever read a magazine, walked through an airport, or simply watched a TV commercial, then it should be quite clear (and no surprise) that advertisers have a tendency to exploit common stereotypes to drive a “connection” between the ad and the viewer.

A muscular gentleman holding a cologne bottle while being idolized by a stunningly slender woman.

A stay-at-home mother putting sandwiches into a lunch bag as the husband strolls off to work in a suit and tie.

The simple answer is… of course.

Earlier this week, The Washington Post covered the recent outcomes of an ad that sparked quite an uprising when it was launched over four years ago.

The ad, designed to get people to buy a weight-loss supplement, unearthed itself across multiple subway stations in London.

In a stereotypical fashion, the ad depicted a tall, thin, attractive, and scantily clad woman in a bikini asking the question, “Are you beach body ready?”

Soon after the ad’s launch, over 70,000 people signed an online petition to ban the ad altogether, expressing outrage such as:

“The beach is for all bodies.”

“Objectification of women is ridiculous!”

“This ad is trash and only enforces the idea that there is one body type worthy of society and that women should be ashamed of their bodies. This has to stop!”

“I'm signing because advertisements have told me my body is 'wrong' my entire life.”

It was clear the model wasn’t in need of any weight loss supplement to achieve the body image portrayed in the ad. The ad could also have been interpreted as dictating what a socially acceptable “beach body” actually is — a near impossible feat for most humans.

According to the Washington Post, ads that would be prohibited under such guidelines include:

What Does This Mean For The Ad Industry?

Well, it depends on where you are in the world.

Beth Egan, associate professor of advertising at Syracuse University, states in the article, “Americans shouldn’t assume that similar guidelines are around the corner [in the US]. The United States and Britain have significantly different standards and cultural expectations around privacy and regulation, even as they apply to ads promoting gender stereotypes.”

This means folks in the US don’t necessarily have to change what they’re doing right away because of impending government oversight.

However, Guy Parker, CEO of the ASA, shared with The Washington Post, “It’s in the interests of women and men, our economy and society that advertisers steer clear of these outdated portrayals.”

There’s no doubt about what Parker has to say, but with these new guidelines in place (at least in the UK), it raises a new question around the process by which they will be (and should be) enforced.

As with any such enforcement, it will be up to the ASA to determine which ads are acceptable and which ads are not.  Any boundary is likely to be pushed, of course, by advertisers looking to grab attention. Will this create a slippery slope for which only public outcry can dictate policy?

Interestingly enough, and despite the incredible backlash against the beach body ad, the ASA stated that it, “did not breach any UK rules relating to harm and offence or responsible advertising.”

According to Vogue, the ASA also stated that it “did not consider that the accompanying image implied that a different body shape to that shown was not good enough or was inferior."

Apparently, the slope isn’t slippery just yet; and to this point, Beth Egan shares with the Washington Post that until these new guidelines have been tested against future ads, it will be hard to distinguish, “between what’s a gender stereotype and what’s a representation of real life in the real world.”

What Does This Mean For Us As Digital Marketers?

Again, the US does not have a version of these guidelines (yet).

So while the paid ads, calls-to-action, or imagery we use within our digital environments may not be under the same level of public view and scrutiny as an ad in a subway station or airport, it doesn’t mean we’re immune for the long term or should ignore the spirit of these regulations.

The UK, as of late, has been a pioneering party in global change, especially when it comes to the digital space where the majority of our marketing lives. Remember GDPR? These localized regulations protecting the privacy of online users have global implications on how we all collect and store that user data.

Therefore, consider these new ASA guidelines one of the first stakes in the ground to creating more widely adopted gender stereotype and body-shaming rules prohibiting the things we already recognize as outdated and wrong.

Can Emojis Be a Marketing Asset for Your Company?