New research: Market to ‘tribes’ rather than generational labels 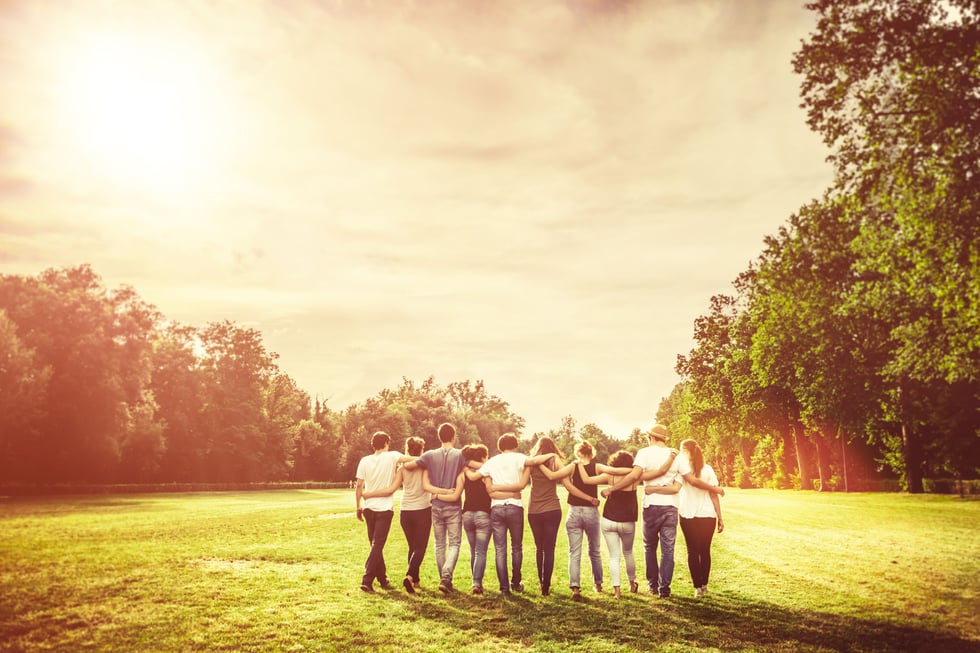 Generational labels have long existed, but they’ve become somewhat of an up-and-coming trend within recent years. We have the Silent Generation, Baby Boomers, and Thirteeners. But did you know that as of today, Millennials and Generation Z — individuals who were born after the year 1981 — make up 64% of the world’s entire population?

Yeah, my jaw dropped when I learned that, too.

Furthermore, by 2020 (that’s literally less than two weeks away…), Gen-Z is projected to surpass Millennials as the biggest global generation.

With that said, shouldn’t we be thinking about the way we market towards these generations? The short answer is “yes.” But how exactly do we do that?

For so long, marketers have created buyer personas and documented target audiences primarily based on age, location, and gender. While that’s seemed to work, it can’t be ignored that the way we think about who we’re targeting needs to be upgraded and improved, especially when it comes to social media and how the newer generations are connecting within the digital space.

In perhaps one of the most popular TED Talks ever presented, Seth Godin speaks about the emergence of tribes and how “the internet was supposed to homogenize everyone by connecting us all. Instead what it's allowed is silos of interest.”

What he means is that in today’s digitally-influenced world, our thoughts, behaviors, and habits have enabled the creation of modern tribes — audiences united by a shared mindset, rather than age or location.

There are 4.7 billion Millennials and Gen-Zers in this world; they can’t all possibly be interested in the same thing or the same messaging just because of the similarity of their age.

What’s a modern tribe in the marketing world?

According to a recent article by Forbes, we need to ditch the old customer segmentation strategy we’re used to and start to focus on the rise of modern tribes because targeting generational labels just isn’t working anymore.

The way we market to these tribes can no longer be predicted by demographics that once seemed so influential.

For example, Donald Trump and Barack Obama are considered to be a part of the same Baby Boomer generation, but knowing their polar opposite personalities, you wouldn’t approach them with the same marketing message, would you? The same goes for the nearly five billion people that make up the Millennial and Gen-Z generations.

And with the more customer-centric experience social media platforms like Facebook and Instagram give their users, these tribes have the autonomy to control how they want to be marketed to.

Michael Bayler, co-author of Promiscuous Customers: Invisible Brands — Delivering Value in Digital Markets, notes that "Consumers use social media to filter, resist and reject irrelevant or uninteresting messages, so the tribal consumer is quite happy, amusing himself in his own digital sandpit without having to give attention to advertisements in order to get media the way we used to.”

With the vast amount of behavioral and attitudinal insights we have available to us today, it’s easier now, more than ever, to create an accurate representation of real people — people who we want to market to, and who want us to market to them.

Applying this in your marketing plan

Knowing all of this, the first step in transitioning to a more tribe-based marketing focus includes taking a hard look at your buyer personas and customer segmentation strategy.

Take the time to identify the ways you may be targeting age, gender, location, or income. Then think about the opportunities that may come by targeting similar interests, hobbies, or challenges instead.

Today’s tribes want to do business with brands who understand them, brands who make them feel important.

Netflix, for example, doesn’t show me movies and shows I may like solely based on the fact that I’m a 28-year-old female. Rather, it displays content that is similar to what it knows I watch and enjoy. Netflix even makes this well-known on its website: “The recommendations system does not include demographic information (such as age or gender) as part of the decision making process.”

Another great example of a big brand investing in tribal marketing is Tommy Bahama. Instead of focusing on selling to empty-nester corporate executives who long to escape to the islands, the company simply portrays the “beach life” theme — something that appeals to men and women of all ages, careers, and locations.

With this focus, Tommy Bahama was able to broaden its target market and even take success a step further by developing its own chain of popular restaurants.

By taking this approach and leveraging customer behavioral insights, such-minded organizations have started to outperform their competitors by 85% in sales growth and more than 25% in sales margin, according to research by Gallup.

While shifting away from the traditional way of demographic marketing isn’t necessarily an easy undertaking, the additional research and effort shows promise in producing benefits that justify the short-term cost.

Take the jewelry company De Beers Group. They were able to generate over $6.1 billion dollars in sales in 2012 (a year that started with a decrease in revenue) by focusing on the expectations of their target tribe. For them, this happened to be women who wanted to get married.

HubSpot tells the rest of the story, which includes De Beers recreating an age-old tradition that resonated with the members of the tribe: getting the modern-day Prince Charming to prove his chivalry. And how could he do this? By buying an expensive diamond ring, of course.

If we can learn one thing from these successful organizations, it’s that researching, identifying, and engaging your own tribe is worth taking the risk to acquire the next generation of modern consumers.

Instead of marketing to billions, we can find a smaller audience that's sure to be more receptive.