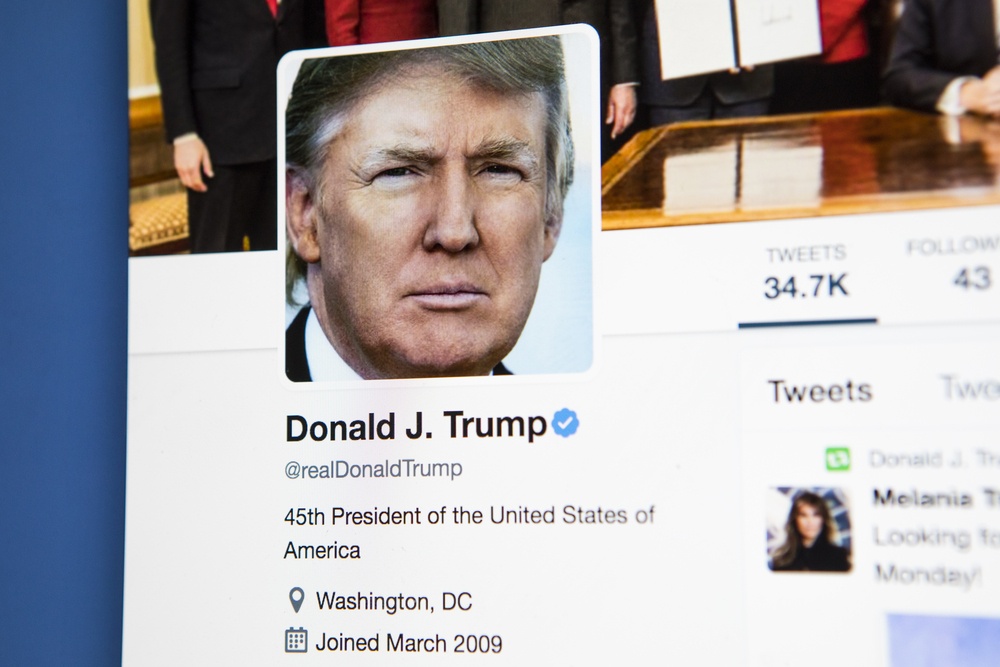 For brands, follower engagement on social media is a key element to visibility and success.

As a marketer, I know this inherently because I spend much of my time monitoring engagement metrics, and while engagement is typically positive, it is practically guaranteed that at some point, a brand will face negative feedback.

Determining the right approach to handle negative engagement on social media is a challenge, however, with a recent ruling from a federal judge in Manhattan, precedent has been set for how not to deal with it.

It is important to acknowledge that in the court case I am referencing, the brand was not that of a company or an organization per say, but that of an individual -- a quite prominent one, in fact.

This is something that is becoming more and more common as athletes, musicians, and public officials take to social media to engage with fans and followers and build their own brand or represent one.

The Case And The Ruling

In Knight Institute v. Trump, the Knight First Amendment Institute contended that “President Trump and his communications team violated the First Amendment by blocking seven people from the @realDonaldTrump Twitter account because they criticized the president or his policies.”

The lawsuit argued that the verified Twitter account @realDonaldTrump is a public forum under the First Amendment. Under that designation, blocking followers for their views is in violation of First Amendment rights.

Per the New York Times reporting of the case, “If the principle undergirding Wednesday’s ruling in Federal District Court stands, it is likely to have implications far beyond Mr. Trump’s feed and its 52 million followers...”.

Public officials throughout the country, from local politicians to governors and members of Congress, regularly use social media platforms like Twitter and Facebook to interact with the public about government business.”

While this pertains directly to elected officials and those seeking an elected office, it does point to increased questions about the fine line that public figures and verified Twitter account holders must walk when engaging with followers.

But What Could This Mean for Brands?

Well, think about this.

Say LeBron James uses his verified Twitter account to promote Nike sneakers, a brand that he has an endorsement contract with, and followers negatively react.

LeBron or even Nike could, theoretically respond by simply blocking the “haters.” Not to say that either would ever take that approach, but the option is there.

The Trump Twitter ruling was very nuanced in regards to this.

It in no way established that Twitter is “public property: or that blocking someone for a negative response to a post violates the First Amendment.

The Department of Justice attorney argued that @realDonaldTrump began as a personal account on a private platform and therefore did not constitute a public forum.

In other words, the judge’s ruling in the case did not open up the entire internet as a free speech zone but it does build on previous cases where public forums were ruled as more than physical locations.

What it does establish is that brands, whether corporate or personal, should be keeping this in mind as they determine how to handle interactions they don’t particularly like.

Brands, big and small,  have to choose wisely how they respond to people looking for attention at their expense.

Here are a few approaches to consider if faced with your own negative feedback on social media:

The responses that stand out are the ones that use wit to shut down a negative comment while providing a dose of good humor to the Twitterverse.

Wendy’s, for example, responded to a tweet asking “What should I get from McDonald’s?” with directions to the nearest Wendy’s.

And consider how Smart Car responded to this tweet… 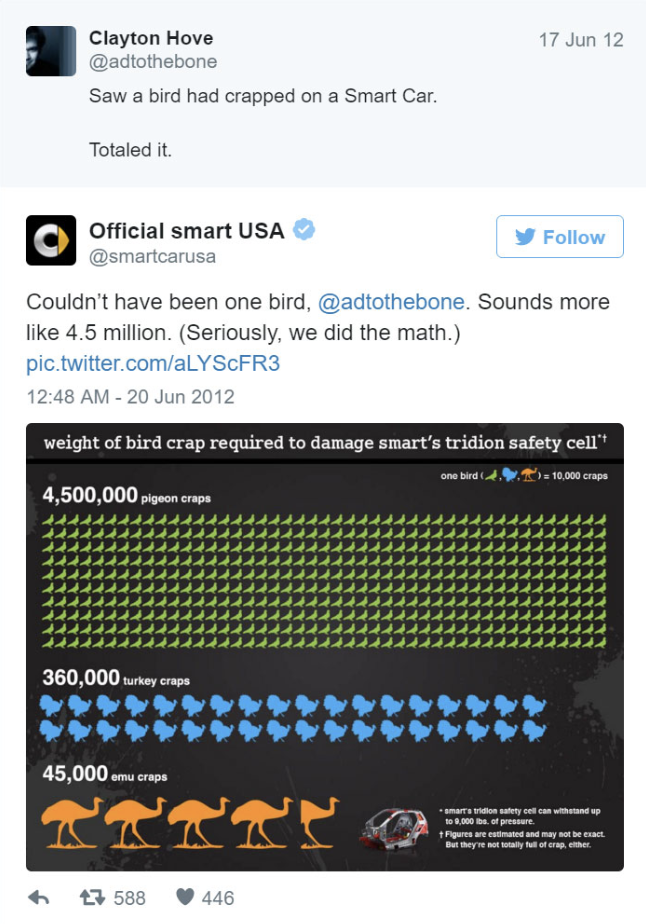 Many brands take a compassionate approach by offering understanding for follower’s misplaced aggressions.

Consider how Crock-Pot responded to outrage caused by the use of its product in the popular  TV show “This Is Us”.

Instead of calling people out for blaming them for the death of a beloved fictional character, Crock-Pot released a statement in which they noted that their products exceed safety testing standards, but like the rest of the fans out there, they too “were heartbroken by the latest development in Jack’s storyline.”

They managed to calm viewers concerns while connecting with them as fellow, devastated, fans.

When brands are able to respond to negativity in a way that is humorous or human, they immediately up their game, and often their follower count as well.

People appreciate when a brand can take criticism and handle being trolled. It shows confidence and in turn instills a sense of confidence in the minds of followers.

When responding for your brand, take some time to think about what your audience needs to hear from you. Is the criticism a bit outlandish and deserving of a witty humorous response? Or would you be better off showing sympathy for a concern that someone has?

Your response is as much a part of your brand as a logo, celebrity endorsement, or product/service.

The Consequences Of A Wrong Response

Responding poorly can have a big impact on your brand. A defensive response shows a lack of confidence in what you are promoting. It makes you seem like you doubt your brand and can’t take criticism or feedback.

Similarly, a witty response not done properly can come off rude and create an even greater problem for you.

While simply not responding may seem like the best way to handle this situation, in turn, you miss out on an opportunity to convert a naysayer to a brand loyalist.

The right response not only shows that you care and listen to feedback, but it also gives people reason to reconsider their position.

Finding the right balance between the desire to block and the need to respond is a skill that you should strive for. When you find the right approach, it can take a negative moment and turn it into a positive situation.

While the ruling that the President’s blocking of critics infringes on First Amendment rights, this shouldn’t be the reason brands and marketers like you find alternatives to deal with your own critics.

It should serve as a reminder of what is at stake for your brand if you don’t.

Blocking may make you feel better, but it by no means helps your brand.

Finding the confidence to take the criticism and offer a witty or compassionate response will show professionalism and help your brand grow in a positive manner. Remember that the next time you find yourself starting at a negative comment by a critic.