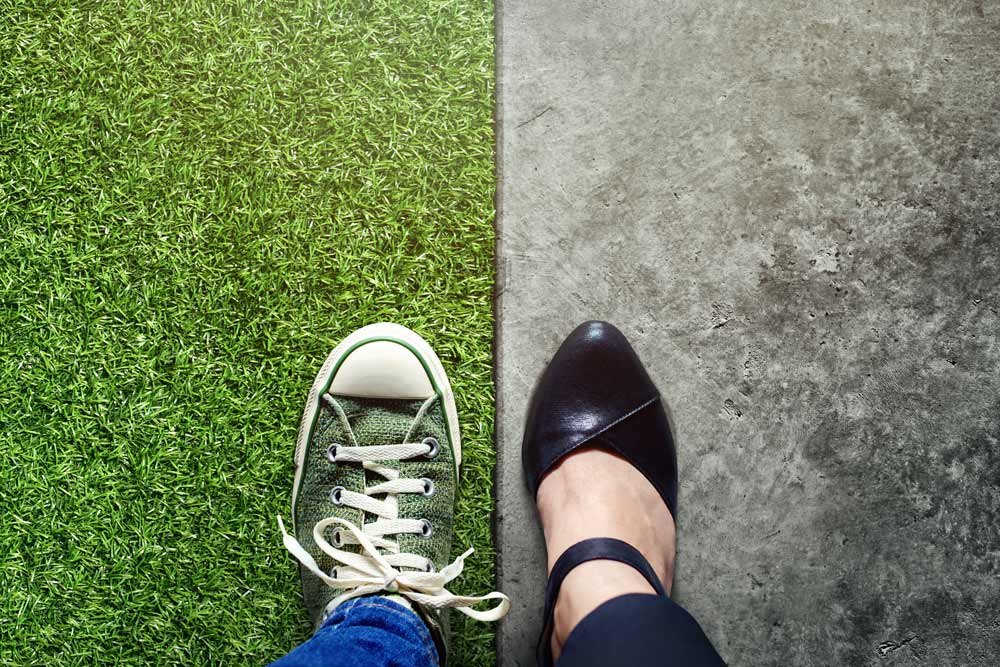 With work-life balance being such a hot topic these days, I was immediately attracted to the TED Talk by Nigel Marsh about “How to Make Work-Life Balance Work.”

Marsh starts out talking about how he once was a “classic corporate warrior.”

He defined that by saying he ate too much, drank too much, and regularly neglected his family.

When he turned 40, however, he tried to turn his life around, especially the work-life balance part of it.

He decided to take a step back from the workforce and spent a year at home with wife and four children.

To nobody’s surprise, he found it easy to balance work and life when he didn’t have any work.

However, he eventually had to go back to work once the “money started running out.” (Bummer…)

In the years since, he has spent his time studying work-life balance in an effort to understand where we’re going wrong and what we can be doing better.

In the end, he had four realizations that he thinks everyone needs to have in order to achieve success in this part of their life.

1. “If society is going to make progress, we need an honest debate.”

Marsh starts off this section by talking about how so many discussions about work-life balance really only mask the core issue. Things like flex time, dress down Fridays, etc., aren’t getting to the bottom of the real issue.

The real issue that he discovered is that certain job and career choices are “fundamentally incompatible with being meaningfully engaged on a day-to-day basis with a young family.”

Thinking about this not only as someone in HR, but as an employee, makes me sad that certain jobs are designed in a way where success in a job can’t come with the balance of a young family. It also made me want to evaluate our roles at IMPACT to make sure we aren’t setting people up for failure if they do have a family.

However, in the end this is the reality that he doesn’t believe we’ve all acknowledged. Once we all come to terms with the reality of the situation, we can start moving towards a solution.

2. “Face the truth that the governments and corporations aren’t going to solve this.”

He explains that we need to take responsibility for the type of lives we want to lead.

“If you don’t design your life someone else will design it for you, and you may just not like their idea of balance.”

Following up on that concept, he powerfully states that people should “never put the quality of your life in the hands of a commercial corporation.”

He argues that even the “good” companies are designed to get as much out of you that they can get away with. Waiting for them to take the lead on your work-life balance simply isn’t going to pan out the way you’re expecting.

It’s important that we take responsibility for setting the boundaries we need in our life.

3. “We need to be careful with the timeframe that we choose upon which to judge our balance.”

To further explain this point, Marsh said he wrote down a detailed description of what he expected “balanced day” to be.

This included the following:

He then asked the audience, “how often do you think I had that day?” which, of course, was never.

The point of that story being, you can’t fit everything into one day.

You need to have fair expectations and a reasonable timeline to be able to fit everything in and achieve true balance.

If you don’t think this way, you’re inevitably going to see your actions (or lack thereof) as failures simply because you weren’t being realistic.

4. “We need to approach balance in a balanced way.”

For this point, Marsh talked about a friend of his who had a completely unbalanced life and felt that all she did was work. Her solution? She joined a gym.

Marsh first joked that she was now a “fit 10-hour a day office rat,” and went on to say that there are many other parts of life that will truly balance a person.

Aspects of life including the intellectual, emotional, and spiritual areas were where he thought his friend was lacking in her strictly physical “solution.”

In order to truly have balance, you need to tend to each of those areas or you’ll never truly achieve the happiness you’re looking for.

And it’s not that you need to make dramatic changes in your life.

Marsh told the story of the day he spent with his son after leaving work a little early. His story progresses to say they did the following things together:

In the end, as he’s walking out of his son’s room, he quotes his son who said, “Dad, this has been the best day of my life.”

Without having to do much at all, Marsh dramatically improved the quality of his relationship with his son and made a huge positive impact on their lives.

He reinforces that the small things matter and they can radically improve your life.

“If enough people do [this], we can change society’s definition of success.”

People are constantly struggling with the concept of balance.

Interested to see the statistics behind that statement, I found that in the United States, “66 percent of full-time employees to say they don’t strongly believe they have a work-life balance.” (source)

That’s an alarming statistic for someone in my role who strives to make an overall enjoyable and balanced workplace culture. While I think we do a decent job at work/life balance at IMPACT, it’s clear that companies and employees have a long way to go, and it starts with acknowledging Marsh’s four points.

If enough of us make these changes, we can achieve success through true work/life balance and find the happiness we all deserve.

14 ways to impress on your next video conferencing call [Infographic]

How Do You Overcome Imposter Syndrome as a Millennial Developing in Your Own Career?

Work Is Great, But Stop Thinking About It — Here’s an [Infographic] to Help

The value of hiring an industry outsider as a content manager