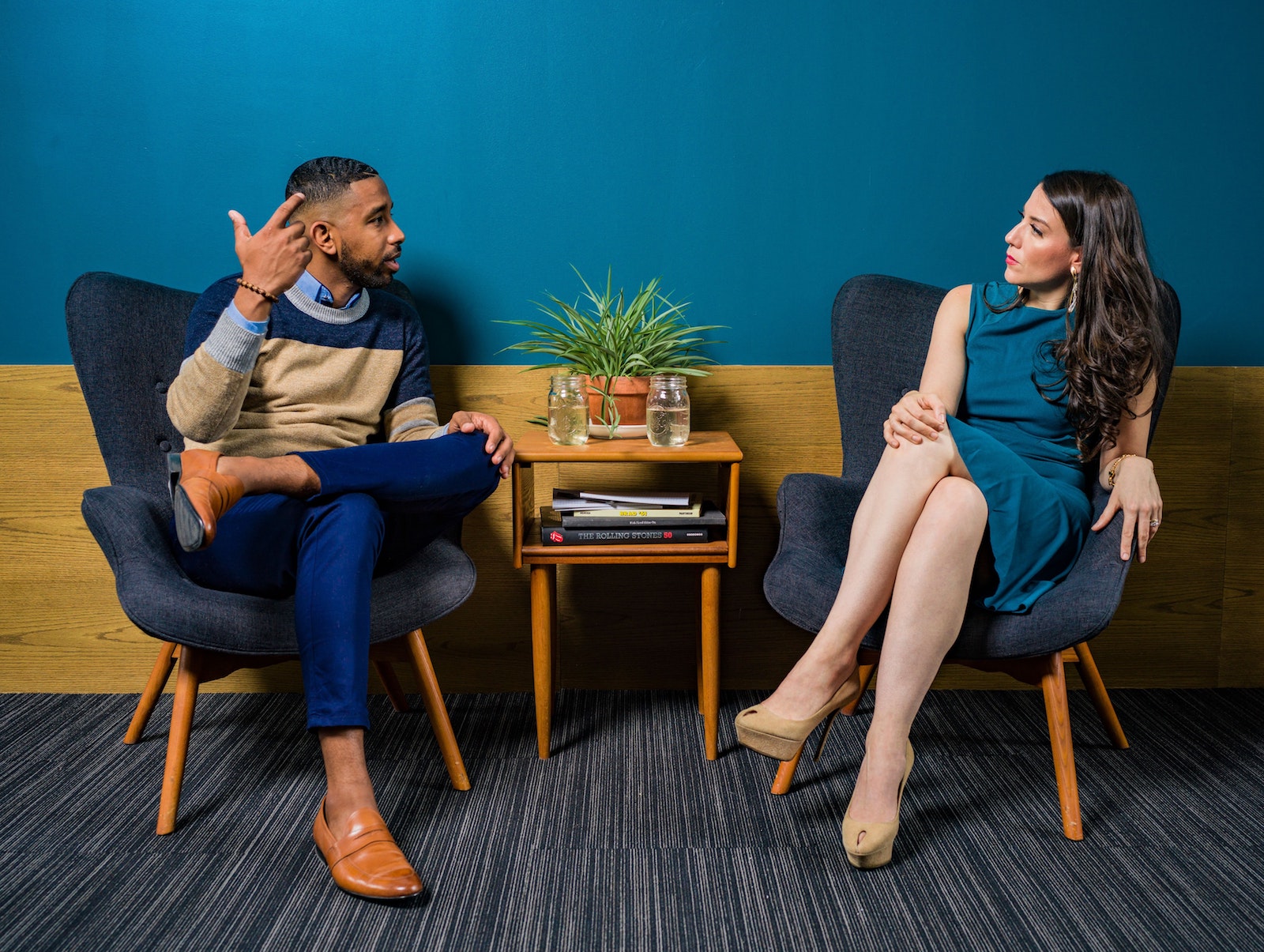 Whatever level of organizational leader you may be — team leader, department manager, director, VP, or C-suite — or your industry, one responsibility we all share as leaders is having one-on-one conversations with our team members and direct reports.

These conversations may be more structured, as we have them at IMPACT, with set weekly or biweekly meetings. Or they may be more ad hoc at your organization, where they only happen on an as-needed basis.

However, no matter your cadence of those meetings as a leader, there are some general best practices, dos and don'ts we should all adhere to or keep in mind. To find out what those are, I went to IMPACT VP of Services Brie Rangel.

(As a seasoned organizational leader and the VP of our largest department, you might say Brie is the queen of one-on-one conversations.)

Me: What was the steepest learning curve you had in terms of managing one-on-one conversations when you first started out as a leader?

Brie: Understanding that I didn't have to always provide the answers. Typically, in one-on-ones, employees discuss challenges or issues that they're having.

In a desire to be helpful, you may initially think as a leader, "Oh, they're asking me to solve this for them. I need to create all these different to-dos for myself after this meeting and go fix their problems for them."

Initially, I was doing that.

As a result, I used to dread one-on-ones because I was would think to myself, "Oh, my gosh, my to-do list is just going to go crazy and I'm never done, I can't even do like 'my work' because I'm doing all these other things and creating terrible dependencies on myself."

Me: Why do you think that is though? Because it sounds like that may not be something that's specific to one-on-ones to create that kind of never ending cycle of dependency.

Brie: It was exacerbated in a one-on-one because I typically would open the conversation with a question like, "What's on your mind?" And through that, you just inevitably end up hearing problems that they're having.

Sometimes you'll hear good things, but usually it's a problem because that's the biggest thing on their minds. I might hear that in a team meeting or different things, but it's usually surface level, where a one-on-one is where you get really deep and like the root of the problem where a lot of times people are stuck.

So, as a manager you feel like, "Oh, I should get them unstuck and do that for them instead of ..."

That was the biggest learning curve when I realize I shouldn't. I don't have to know all the answers and it doesn't help them at all if I provide them every solution. I need to get them to learn this on their own.

Me: Well, I want to play devil's advocate here for a second. Couldn't you say that your job as a manager in those one-on-one conversations to uncover problems and help people solve them?

Brie: Well, listen to the key words in the question you just asked. "Help" them solve them. Not solve their problems for them.

Hypothetically, let's say I'm having a conversation with someone about their capacity. This is a common challenge folks face across every industry, where a direct report comes to their team leader or department head and says, "I don't have enough time in my day to get done what needs to get done."

Instead, what I needed to do was teach them that thought process on their own, rather than spoon-feeding them the solutions. And that's where I used to get stuck.

Me: Was that a hard switch for you to make?

Brie: Yeah, because you want to be helpful, and that's what you think is helpful until you realize it's not.

I don't have children. But, similar to raising a child, if you just teach them to be dependent on you, you fail. Like your job is to prepare them for the world. That's the most helpful thing you can do.

Me: What are some of the other most important lessons or best practices that you've adopted over the years as a people manager and one-on-ones?

Brie: It all comes down to asking good questions and learning how to do that better to get to the root of an issue.

So, an example could be when somebody can't get to something and their answer is, "Because I don't have time." Well, that's surface level.

Really, what they're saying is they didn't prioritize it. So, then you ask them, "What were you actually prioritizing? Let's get deeper into this."

Because they usually have a moment of clarity where they're like, "Oh, yeah, I guess I'm just not bucketing my time and having terrible meeting schedules and this is why I'm doing it to myself." But if I just left it at, "I don't have time," there's no solve for that. You can't create more time in a day, but you can fix how you spend it.

Me: So, it's not just asking the right questions, it's continuing to push and clarify, as they self-discover.

Me: Why is it so important to have them self-discover?

Brie: To me, asking good questions helps them learn a thought process of how to think about an issue by what you ask.

So, if I were to tell someone like, "You just need better time management," that's completely different than leading them through a thought process so they realize themselves, "Oh, man, I'm not managing my time well at all."

Me: Switching gears for a moment, how do you handle difficult or challenging conversations?

Brie: Well, I think the first thing is having the right mindset. If I'm uncomfortable, it means that it has to be done. While difficult conversations aren't fun, I'd be doing them a disservice if I held back or didn't say what needed to be said, and it's also what they're expecting of me as their manager.

If I hold back and they don't actually know where they stand or whatever the issue is, then I didn't do my job. I think just checking yourself where it's different because there is an element of work to it. Like it's my job and I signed up for this. When I agreed to be a manager, this is part of the responsibility.

Also, since I know that's part of the job, what I try to do before it ever gets to that point is build a solid relationship with everybody. My relationship with people cannot only be developed during those one-on-ones, positive or negative. So, when it comes time to be candid with somebody, they understand where it's coming from. There's no hidden message behind what I'm saying.

They know that I'm being candid with them because I want them to do better.

Me: How do you make sure you're nurturing those relationships outside of the one-on-ones with your people?

Brie: I join team meetings. I hop on coffee chats. I explore different ways to build that relationship, especially since I'm remote.

There's definitely extra effort that I have put in to build those relationships, but it's worth it in the long run. I'm about to do that even more by joining. I'm also doing team deep-dives now, where I spent lots of times with each person.

Me: What do you wish you could go back and tell young Brie when she was first starting out on her leadership journey about having these one-on-one conversations with your people?

Brie: I think when I first started as a leader I thought, "Oh, having one-on-ones is just an extra checklist item or an added meeting that I have now. And once I talk to people, then I can get back to my to-do list and go back to being an individual contributor and getting things done."

Admittedly, It took me longer than it should have to make that mindset shift, where I realized your people are your job and everything else is secondary.

How to Survive Organizational Breakpoints

Don’t Forget About Training In Your Marketing Retainer/Budget!

How Compassion Can Transform Your Workplace [TED Talk Video]

How Starting a Podcast Made Me a Better Leader

Sales vs marketing in 2020: What’s the difference?

What is demand generation? (Definition and FAQs)