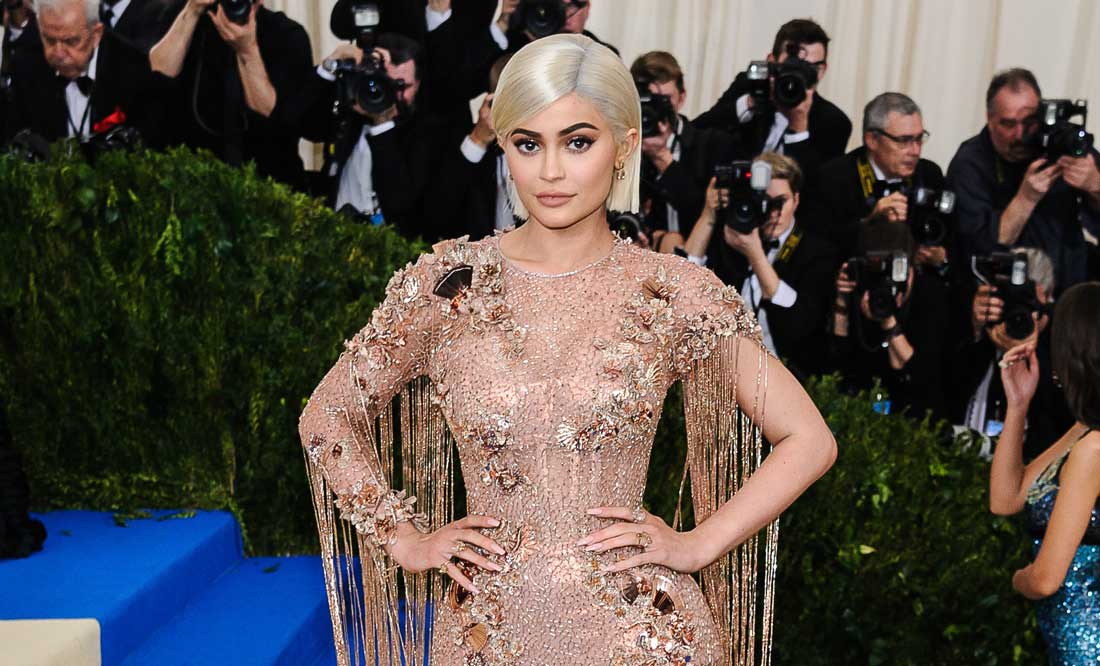 In the 90s, everyone wanted "The Rachel" because of Jennifer Aniston on Friends.

When my mother was growing up, she wanted waist-length locks because that's what graced the covers of Bollywood magazines.

Times may have changed, but the effect of influencers on consumer behavior has not.

Love or hate her, Kylie Jenner is one such powerful influencer and a financial force to be reckoned with.

At just 20 years old, Kylie is not only the youngest, but also the richest member of the Kardashian-Jenner clan with a $386 million cosmetic line under her belt and a net-worth estimated to hit $1 billion before she turns 25.

If that’s not impressive enough, last week, a single tweet from the beauty mogul is believed to have caused Snapchat parent company, Snap Inc.’s stock (SNAP) to drop a dramatic $1.3 billion in value.

Now, if that doesn’t make you sit up and pay attention to influencer marketing, I don’t know what will.

Consumers Under the Influence

The power of influencer marketing on consumer spending is no joke.

According to a study by ODM Group, 74% of consumers rely on social networks to guide their purchase decisions and nearly 40% of Twitter users have made a purchase as a direct result of an influencer Tweet.

Sites like StockTwits exist purely to predict how stock prices will change based on conversations on Twitter, so, it’s not something to be taken lightly.

Kardashian-effect aside, a number of celebrities have used this trend to establish valuable followings and incomes in recent years.

Just look at DJ Khaled. Via his Snapchat and Instagram accounts, the music producer has done both paid and personal promotions for everything from Dove to Fendi.

When he announced his partnership with Weight Watchers, the company’s stock even rose 8%.

But still, for brands big and small, with all this good comes the very true reality of negative influencer marketing, something this Kylie incident made more-so apparent.

Ok, so let’s get back to the marketing meat of this story.

On Wednesday, Kylie (like many of us) expressed her discontent with the latest Snapchat update with this tweet:

sooo does anyone else not open Snapchat anymore? Or is it just me... ugh this is so sad.

Now, this could all be coincidence; it really could. One million average users signed a petition to bring back the old design, afterall.

However, with 67K retweets, 338K likes, 4.6K replies, 71.9K people talking about it, and Kylie’s over 24.5 million followers (as I write this), the message clearly caught many eyes.

And this is not something we haven’t seen before.

Back in 2016, we witnessed a similar effect when newly-elected president, Donald Trump, tweeted this message about aircraft manufacturer, Boeing:

Boeing is building a brand new 747 Air Force One for future presidents, but costs are out of control, more than $4 billion. Cancel order!

(Note: There are several other examples of this from Trump, but we won’t get into those.)

The point is, influencer marketing is not all good.

It can have both positive and negative effects on your brand and it is not an instance when “any press is good press.”

What celebrities and industry influencers have to say about your offering or brand can greatly impact your bottom line and, as a marketer, you need to treat it accordingly.

Be Proactive. Get Influencers on Your Side.

Don’t wait until your website traffic, leads, or worse, sales and stock prices, are plummeting to pay attention to influencer marketing.

Tools like Google Alerts or Buzzsumo can help you monitor what people are saying about your brand on social media and online in general.

If they’re fans, don’t just smile and stand idly by; Connect. Get their feedback. Make sure they have the absolute best experience possible and stay loyal advocates.

If they’re annoyed or displeased, still connect. Perhaps there’s something they’re seeing that you’re not, and could get you back in their good graces.

Perhaps if Snapchat had connected earlier and tested its new design with prominent users like Kylie Jenner, they could’ve avoided the user backlash and stock effects.

But today, there's no way of telling. My advice to Snapcat and to you: get in on the conversation around your brand now. You too can influence the outcome.

Tell us what you think! Did Kylie’s tweet really have something to do with the SNAP stock fall? How are you using influencer marketing at your organization? Is there a monitoring tool you’ve seen particular success with? Let us know in the comments section below!