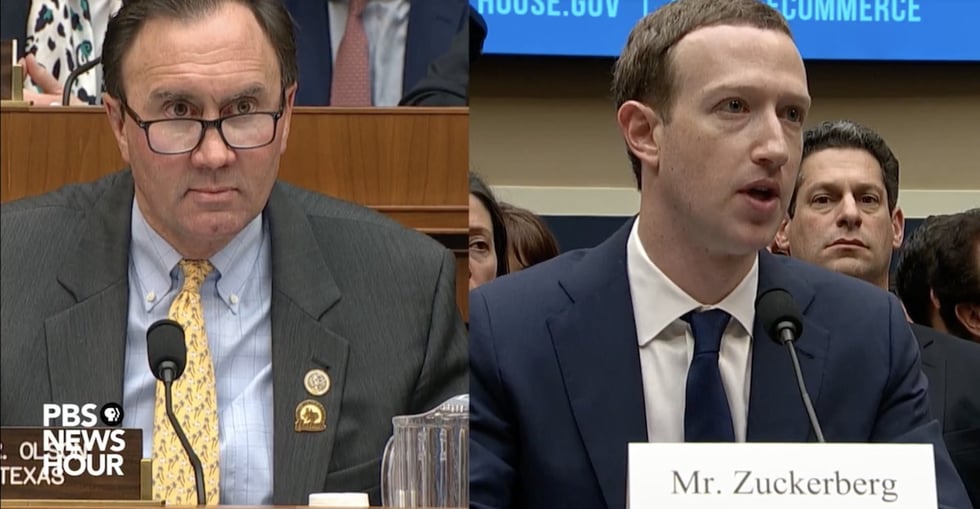 In the second of two Congressional hearings this week, Mark Zuckerberg, Co-founder, Chairman, and CEO of Facebook, was questioned for a heavy five hours by members of the House, yesterday.

Once again, lawmakers took their four-minute windows to criticize, yet also praise, the company Zuckerberg created and its efforts to regulate the content & data shared on its platform.

Although, not as prominent in Wednesday’s hearing, Cambridge Analytica was still brought up as a topic of discussion or an example in some of the House members questions.

House members instead presented other concerns surrounding privacy, data ownership, and GDPR and freedom of speech -- things all digital marketers and tech companies should keep in mind.

Lawmakers also made sure to grill Zuckerberg on answers they weren’t satisfied with, explaining that if they couldn’t get clarification, the general public couldn't either.

To sum up this talk, I’ve assembled 4 key takeaways from the questions, answers, and banter of day two.

If you missed the live stream, feel free to check it out here (or, read below for the abbreviated version)!

Zuckerberg came under continuous fire regarding how and why Facebook tracks data around the web, especially for those not on its platform.

The CEO explained that “in general we collect data on people who are not signed up for Facebook for security purposes.”

This is done to track users with more malicious intents in mind, for example, identity theft or for “shadow profiles” on Facebook as Representative Ben Luján raised in his questioning.

Luján also explained that, with this in mind, it would be ideal if non-Facebook users could better understand what data other websites were harvesting on them, to which Zuckerberg replied, “we’ve got to fix that.”

Ideally, Facebook would give these non-users the option for the platform not to follow them, but how to do so, without losing track of users who have malicious intent, is something the company needs to be aware of.

Zuckerberg explained, as he has before, that 99% of content that is deemed terrorist/extremist is flagged immediately by the AI before it has the chance to reach most audiences.

Outside of this, Facebook has a counter-terrorism team of 200 which specializes in 30 languages. This team looks for patterns of information certain groups/people put out and blocks it if it's classified as violent/shocking.

Conservatives also raised points as to whether or not the platform favored more liberal political agendas, and is unfairly banning their voice. Members of the house cited a few examples of instances where this happened, although, Facebook did previously explain these were mistakes.

Zuckerberg continues to emphasize that he will continue to address and improve the AI that scans Facebook's content to better serve content on both types of political views. But, he also addressed that it isn't completely fair to cite some outlier examples when the platform can never be perfect.

3. The Transparency Into Your Data for Companies Who Retarget You

Throughout the hearing, Zuckerberg had to clarify multiple times how ad retargeting works on the platform and what types of data companies actually have visibility into. To clarify, members of the House were concerned that once Facebook users visited other sites where the platform was continuously tracking you, those companies now had personal data they could sell to other data brokers.

During the hearing, Zuckerberg clarified that companies are only able to set parameters on their end to show ads to say, users who have liked a specific thing on a site/Facebook, visited their site, have followed specific Facebook pages, etc. These companies do not physically gain access to personal information on users individually by actions such as these.

(Of course, these places would have more personal data on you if you converted on their site, but this data would live somewhere else.)

Congressman Green took the time to ask Zuckerberg about Europe’s new General Data Protection Regulation (GDPR) and whether or not the company had plans to implement the regulations on the platform.

Zuckerberg responded by explaining "Yes, Congressman. We believe that everyone around the world deserves good privacy controls. We have had a lot of these controls in place for years. The GDPR requires us to do a few more things and we are going to extend that to the world."

There were 3 points Zuckerberg emphasized that explained how Facebook would implement the regulations:

One of the biggest takeaways I personally noticed was that Zuckerberg doesn't have the answer to every question, and it’s normal that he wouldn’t. Congress urged him to keep open communication with them and continue to answer questions that he himself couldn't give answers to. I’m looking forward to what data they will release and how that affects the current users of Facebook and the trust they have in the company.

Is there something you want to see released? Or do you still feel there are unanswered questions? I’d love to hear what you’re thinking in the comments below!