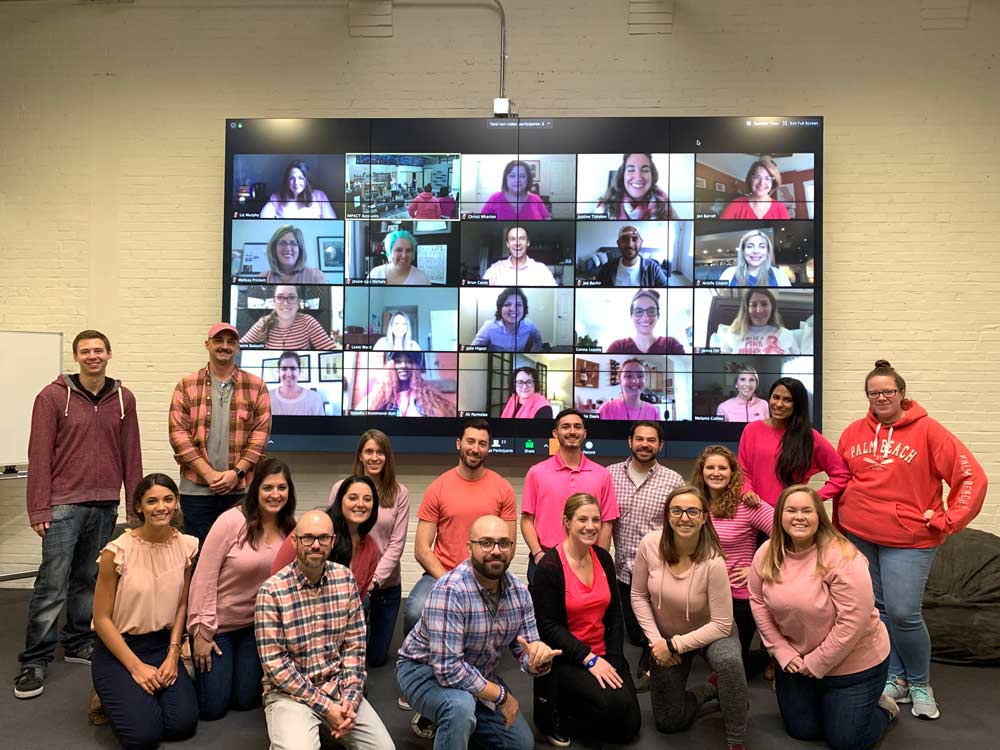 Ten is an aspirational number in many ways.

Turning 10 years old, for example, is a big milestone for small businesses not just because it marks a decade, but also because only about 30% of businesses manage to do so.

We couldn’t be more proud and humbled to have made it this far and we have reflected on it with no shortage of words.

“I’m very honored to be where we are today,” shared our CEO, Bob Ruffolo in an interview with editorial content manager John Becker. The initial dream was just a small office and a small team, but it quickly became so much more than that.

In 2012, we discovered inbound marketing and became a HubSpot Partner Agency. In 2017, we were named Partner of the Year and received numerous awards for our culture and being a great place to work. This year, we were listed in the INC 5000 fasted growing companies.

And all along the way, we grew as a team and frankly, a family.

“I’ve never heard the word, ‘love’ used so much within an organization to describe feelings this team has for one another,” IMPACT partner and Director of Client Success, Tom DiScipio.

Now, as November comes to a close, we thought it would be fun to share some of the numbers behind our history, culture, and achievements.

With the help of one of IMPACT’s most tenured designers, Marcella Jalbert, here’s an infographic look at our organization by the numbers.

Fun Fact: IMPACT and The Sales Lion merged in 2018, but did you know it would’ve been 10 years old this month too? Marcus Sheridan started the HubSpot agency in 2009 after saving his struggling pool business using content.

‘Tis the season: A look at consumer spending habits this holiday season  [Infographic]

By Shandia Drummond-Butt on December 22nd, 2019

By Shandia Drummond-Butt on December 22nd, 2019