7 HubSpot Tips, Tactics, and Truths You Won’t Find in the Academy 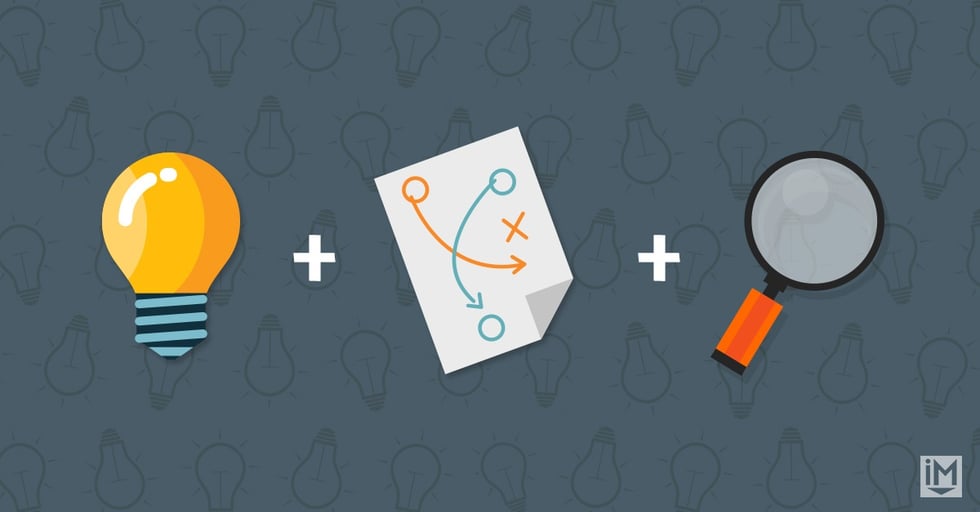 If you didn’t know already, I worked at HubSpot for 4-1/2 years.

During most of that time, I was what you would call “an Inbound Professor” at HubSpot Academy and under the leadership of the very awesome and hardworking, Mark Kilens, I was part of the team that published the first HubSpot certification and developed HubSpot Academy’s original mission.

I even remember delivering the HubSpot certification at INBOUND 2013 with my colleague Sarah Bedrick to a room of about a hundred people so I’ve been there since the beginning. 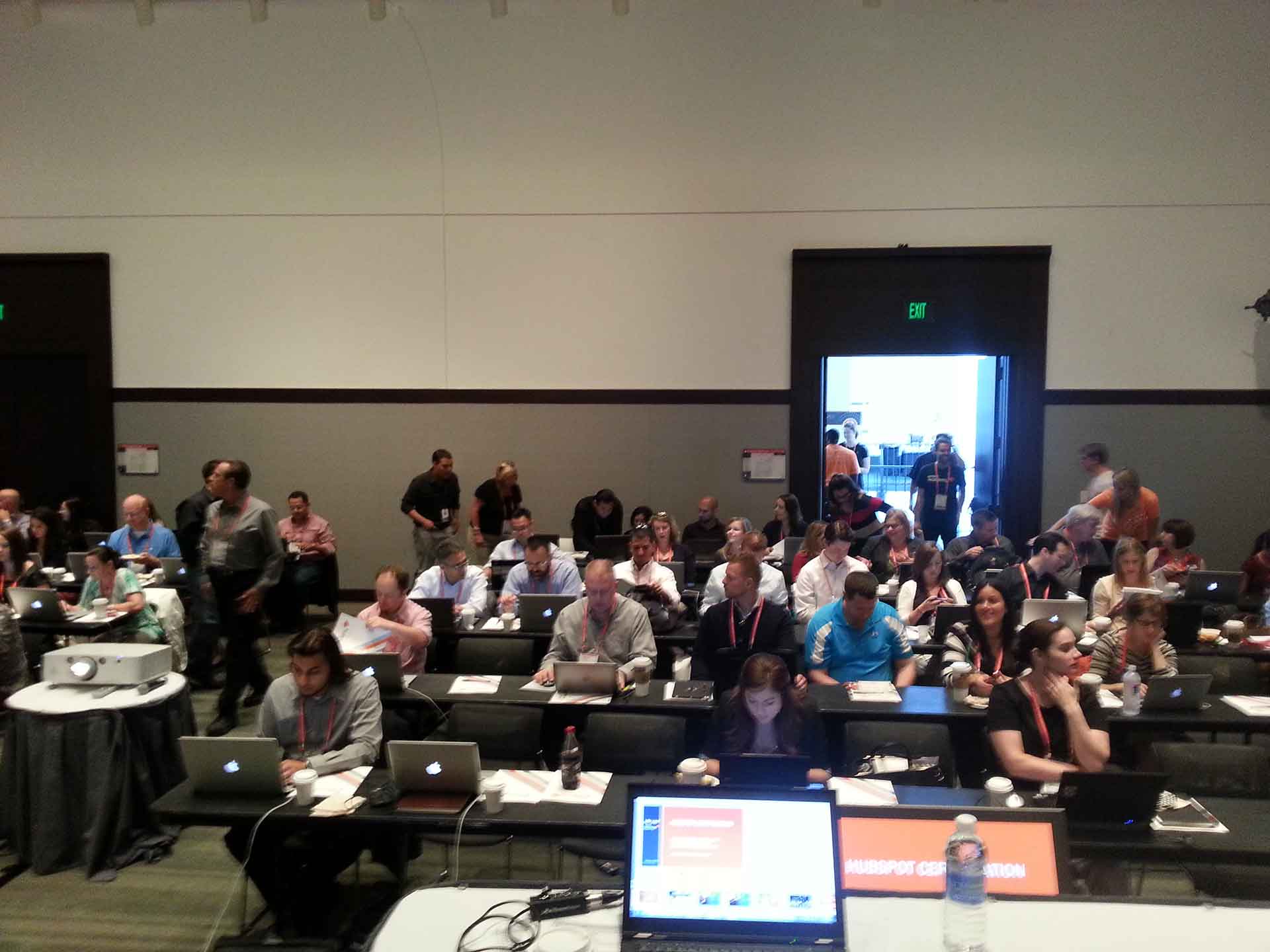 A throwback to that day at INBOUND 2013

At that time I thought the mission, the vision was very bold --  to educate and inspire people so that together we transform the way the world does business.

Also, at that time, I thought that’s pretty ambitious, right?

But over the years, even after I joined the HubSpot agency partner world, we’ve really seen academy.hubspot.com grow and expand not only in terms of the formats of content they provide but also the breadth and depth.

The content it provides has really increased and advanced to the point where HubSpot Academy is no longer limited to educating and inspiring people to market, but also to sell, to service, and truly to transform the way they do business. To go all inbound.

That vision is fast becoming a reality, but unfortunately,  that doesn’t make it any easier for us the users in the trenches.

With such a comprehensive, all-encompassing tool, some information is bound to fall through the cracks, so, I’m writing this article to share a few things; tips, tricks, advice, that I’ve learned, but you most likely won’t find in HubSpot Academy.

Despite all the progress, there are some things that you won’t necessarily find in HubSpot Academy and they really fall into two areas:

So I’ll go through each one of these in turn.

These lesser-used tactics and habits that are undeniably useful -- but not necessarily popular. They’re topics that aren’t universally adopted so the Academy hasn’t spent as much time creating content around them.

One thing I’d advise people to do is add more fields to the forms on the landing page for awareness stage offer or you might call them top of the funnel offers.

Most of the training and the documentation says that less is better for creating “less friction” and for most folks, that’s probably a good default, but for the more adventurous among us, looking to qualify much sooner in the buying cycle, I’d say well, it really depends on the additional fields that you’re considering including.

Yes, not asking for phone numbers is probably a good idea when someone’s just discovered you,  but what about asking a conversational question?

Not necessarily a qualification question, but perhaps something open-ended like:

These are questions that I’ve seen successfully added to awareness stage or top of the funnel forms.

It adds a more human element to your interaction and gives you more information for a future conversation or qualification.

If you want to go beyond the little box field that says subscribe to get instant updates, consider taking them to a dedicated landing page about why they should sign up for the blog, the benefits that they’ll receive, or even having that via pop up, something that describes the value in more detail.

This not only gives you an opportunity to fully sell your blog to a prospect, but it creates a direct page you can send people to in conversation (or via a link) as well as a page to be optimized for search engines.

Another topic not covered heavily in the Academy is how to build up a steady stream of subscribers.

Sure, there are articles with suggestions of places to promote your blog throughout your website, adding links to your blog in your email signature, etc, but not there are not a lot about strategy for how to get the snowball of subscribers rolling. Like having some of your employees be the first to subscribe then following with your current customers, past customers, and vendors.

These individuals can lay a foundation of activity, engagement, and social proof before even your top prospects join in. All these people should be encouraged to subscribe to your blog and it could be done in a systematic way like a snowball start with your inner circle of influence and then work your way out.

The last thing that’s not necessarily talked about but still useful in HubSpot is leveraging frameworks; leveraging code and work that you’ve done from the previous site, builds. or previous campaigns in future templates.

This is a little bit complex to talk and read about but it’s something very powerful and important that we at IMPACT have learned to do.

I think more advanced HubSpot users need to practice doing this once they  have developed and created a template or a part of a campaign that is successful -- how to use the code, design, framework, or template again and again and systematically adjust, test, and improve it so you don’t have to redo all that work again.

Now, not all questions or topics are unpopular, some are just plain uncomfortable for HubSpot to address - perhaps because it’s an issue they haven’t addressed yet or simply don’t know the answer.

Some of these I think HubSpot could and probably will publish about if enough users contact support, however.

They are very good at listening to users.  They track every question you ask, every phone call that is made, they listen very carefully, and if enough people ask about these things, you could eventually see the following things written about.

One type of question HubSpot Academy doesn’t always answer is the meaning of certain words or vocabularies in the tool.

A good example would be “click rate” versus “click-through rate” in the email tool.

It’s not immediately obvious as to what those mean, though I believe there used to be some microcopy in the tool that has since been removed. We even have contacted HubSpot support and they don’t seem to have any documentation explaining the difference, but here’s the answer for you friends.

Click-Through Rate: Percentage based on the number of clicks per number of emails opened

6. When Should You Delete Contacts?

There’s been no documentation on how HubSpot users should best make the decision between going up a contact tier or just to delete contacts to downgrade.

There’s no documentation about how to build a deletion list or how to set up proper deletion criteria in HubSpot. This is one reason why I did a talk in INBOUND 16 about the right approach to keeping your contact database healthy and growing and making the case for when to delete and when to grow the database:

7. Where Does the 'HubSpot Insights' Data Come From?

Where does the data that gets appended to the CRM come from? This was a question I asked of support recently when I saw that HubSpot provides "insights" such as, for instance, estimated revenue data in the CRM.

HubSpot has said in different places it comes from the public web but what does that really mean? Once again it could be propriety where that sources so they don’t want to mention it, they don’t have to mention it but for us, as users, we don’t have any context most of the time.

Same thing with where the keyword tools data come from.  Apparently, where this data comes from and the credibility of the source is not a frequently asked question.

We just have no context to base our trust of that data on besides, I guess, "HubSpot thinks it's reliable enough." I would say that’s a similar situation with how the page performance when you look at the optimization data for your website pages and it calculates page load time.

That number is often different than other tools I use to calculate page load time. Where does this data come from? How was it calculated? And how might it be different?

There’s some documentation about this on Academy especially when it comes to visits or visitors but a lot of other questions like for features like I just mentioned, there’s nothing.

Beyond Tips and Tactics

So, there I want to close with mentioning there are larger overall setup tips that HubSpot isn’t necessarily responsible for providing, but they are starting to provide.

I’d love to see more on the topics mentioned above as well as more on advanced topics like A/B testing and workflows.

However, rather than tactics and tips, you should really focus on project and team management and vendor management.

I would recommend you check out HubSpot Academy’s Projects feature which is now in the productivity dropdown inside your HubSpot marketing tool.

It has estimated amounts of time to invest in completing a project but there’s not a lot of information about how you should scope out your own custom unique projects that you might be doing in HubSpot.

Also, there are certain things that HubSpot is not going to give you tips on like negotiating the politics of your organization to get things done, but that is super important.

Make no mistake, going inbound and adopting HubSpot is a transformation. It’s an evolution so I would like to see more tips in the Academy about not just what to present or how to analyze your data, but how to present it so you can get buy-in for greater investments in inbound.

How to facilitate action and to get the contribution from other members of your team who might be skeptical of this new software and methodology investment you’re making; These are super important things to HubSpot users to be successful long term, I have learned.

Probably the most critical aspects to success are more about you and being a successful leader in your organization, not HubSpot software features.

Community as a Resource

HubSpot Academy has worked so hard; The team does a terrific job and all the key information is there; You just have to really know where to find it and you have to be committed to taking action and use it to get by in from your organization.

If there’s something that’s missing, it’s probably because HubSpot has found folks still are adopting that feature or haven’t expressed challenges.

Go on the HubSpot community, talk to your fellow users, like us.

We know that people want more information and support and we’re here to help you answer those questions, dive into these topics, and get your team organized and driving towards goals. 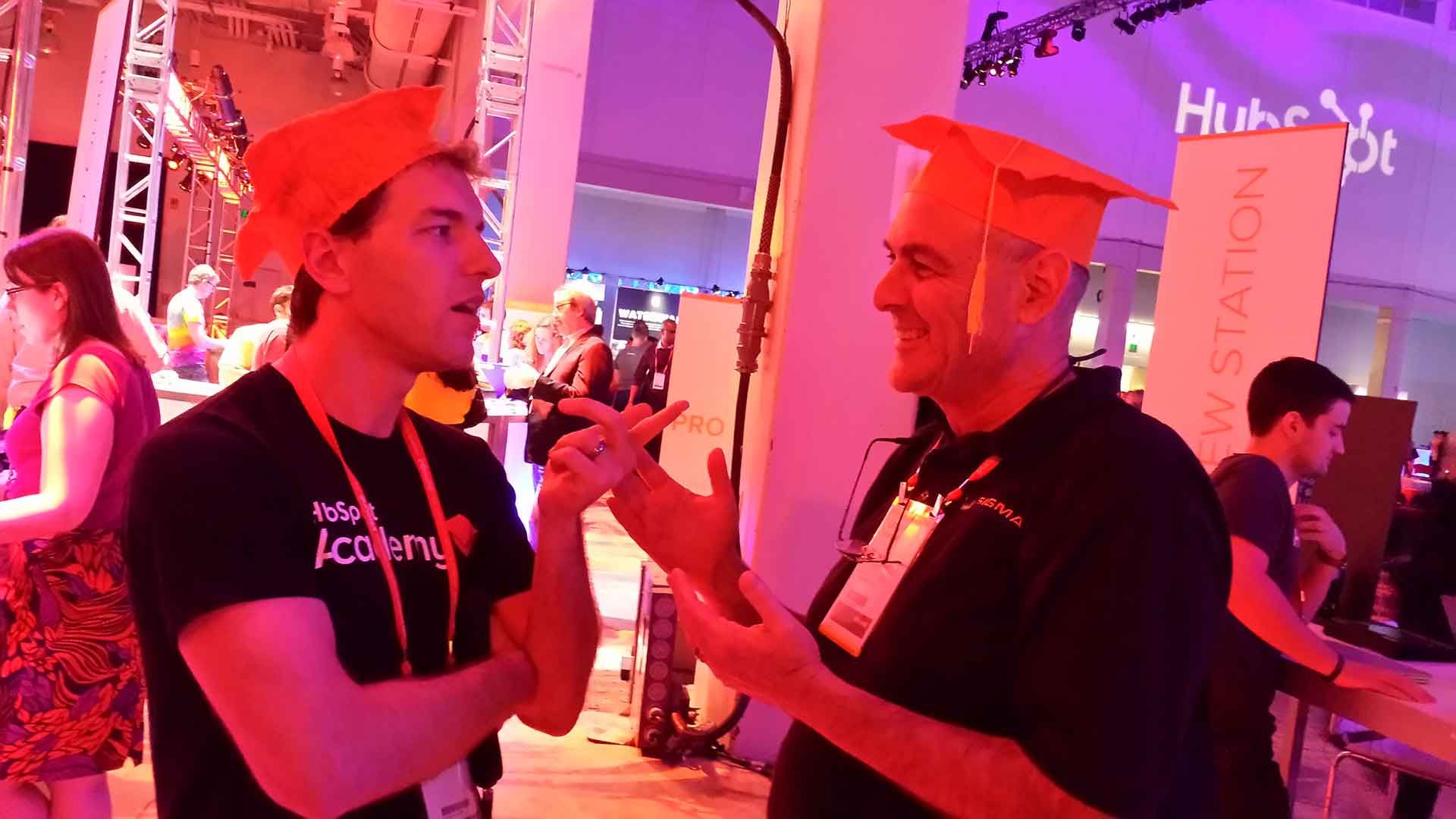 The best way to learn is to take action and learn from your mistakes and successes. Need some help? Let’s talk about what you’re looking for that you can’t find in the Academy and let’s help each other as fellow users.

How many people on my team need to know how to use HubSpot?