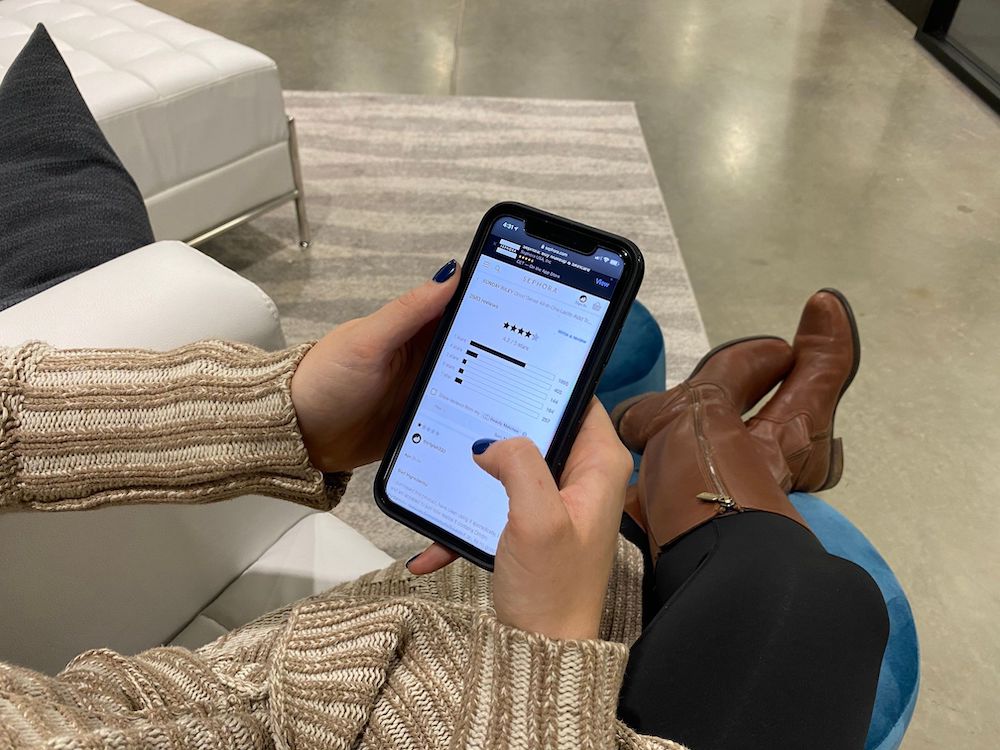 When it comes to e-commerce, online reviews can make or break a sale — and make or break a business. According to the e-commerce consulting firm Pattern, when a product rating goes up by one star on Amazon, the sales increase by 26%, proving how incredibly powerful reviews are.

One thing that is becoming a major issue is the number of fake reviews that are added to help promote products on most major online retailers, including Amazon, Best Buy, Target, and more. With so many fake reviews, it can be extremely hard for consumers to tell which reviews are genuine, making it a difficult issue for the Federal Trade Commission to regulate.

Why are we talking about this now?

This issue has come into the light again due to the recent settlement with Sunday Riley Skincare, a cosmetics company. The FTC has alleged that between November 2015 and April 2018, company employees were posting reviews of the company’s products on Sephora using fake accounts. The company’s chief executive, Sunday Riley, also encouraged employees to create fake accounts to dislike negative reviews in an effort the get them removed.

Even with the recent settlement with Sunday Riley Skincare, Sephora still has the company’s products on its website. In an email to the New York Times, Sephora says “they do not believe the actions at Sunday Riley are representative of our brands or the countless hours our clients have spent sharing their authentic product experiences with us.”

What the company has done is removed certain reviews for Sunday Riley that seemed suspicious, including reviews that were left the same day the account was created.

Sunday Riley isn’t the only company that’s being called out for posting fake reviews. Lifestyle Lift, a cosmetic surgery company was also caught by the FTC for having employees post fake reviews. Other companies like VIP Deals and Legacy Learning Systems have been fined for paying people to leave positive reviews.

The punishment should fit the crime

Sunday Riley will face civil penalties if it’s caught creating fake reviews again, but for now, the company will not have to pay any fines since it’s difficult for officials to tell how many sales were driven by the fake reviews.

With the punishment being far from severe, it’s easy for other companies to look at this example and think, why shouldn’t we do that — especially if it will increase sales and is difficult to punish?

Luckily for consumers and for businesses that follow ethical business practices, there are some companies like Fakespot, which help detect fake or paid-for reviews. They work with companies like Amazon, Sephora, and Best Buy to make sure that consumers are seeing authentic reviews on their sites, but it’s hard to remove every single suspicious review.

Amazon is also taking its own steps to stop fake reviews from being posted by making its community guidelines a bit tougher, including changing its terms to not allow incentivized reviews unless they come from Amazon’s Vine Program.

Amazon’s steps to stop fake reviews may help, but companies are still finding ways to get around the stricter community guidelines without Amazon knowing, like offering refunds via PayPal, mailing something a couple of weeks later, or offering a gift card for a review.

With companies going behind its back, it’s hard for Amazon to get a complete handle on the situation without help from the FTC, who also struggles to stay on top of the fake review epidemic.

If you’re in the e-commerce space, it’s important to remember that trust and authenticity are key for strong business practices, and when you have trust built with your prospects and customers you‘ll be able to maintain strong sales.

Having steady revenue rather than small boosts in sales from false advertising will amount to more overall profit for your company.