How Mint Acquired Over 1.5 Million Users Without a Single Growth Hack 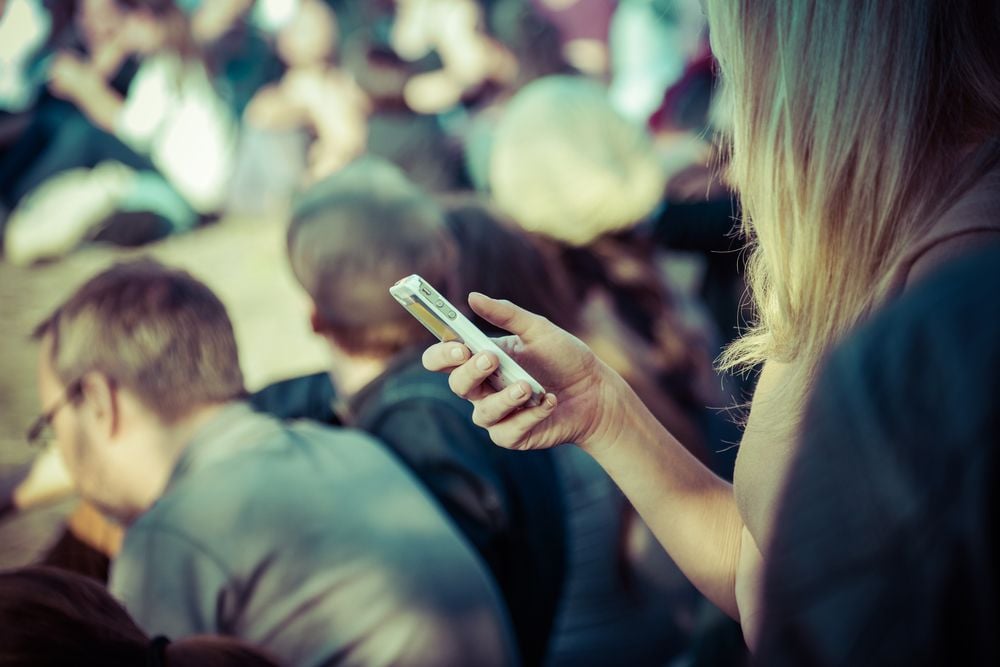 Many businesses, big and small, young and old, turn to growth hacks and trends to try and make an impact within their industry as quickly as possible. Unfortunately oftentimes, they also end up neglecting one crucial component of this success -- their actual product.

Personal finance app, Mint, however, is one very notable exception.

In its first two years, Mint managed to acquire over 1.5 million users (today, they have over 10 million), win the top prize at TechCrunch50, and earn a whopping $140 million valuation without the help of a growth hack or a high viral coefficient.

As he divulged in a lengthy response on Quora, Founding Designer, Jason Putorti, credits a great deal of the company’s early success to the product itself, along with several other strategic campaigns pre-launch that I have detailed below.

As Marc Andreessen once said, “Product-market fit means being in a good market with a product that can satisfy that market.”

Mint hit that nail right on the head.

At its release in 2007, the United States was in what many called the worst economic crisis since the Great Depression. Unemployment was high, the housing market was plummeting, and people everywhere (especially Young Adults) were concerned about their spending and how to make ends meet.

Enter Mint; a personal finance app that enabled users to monitor and track their bank accounts, investments, and spending without the help or need of a financial planner or advisor. 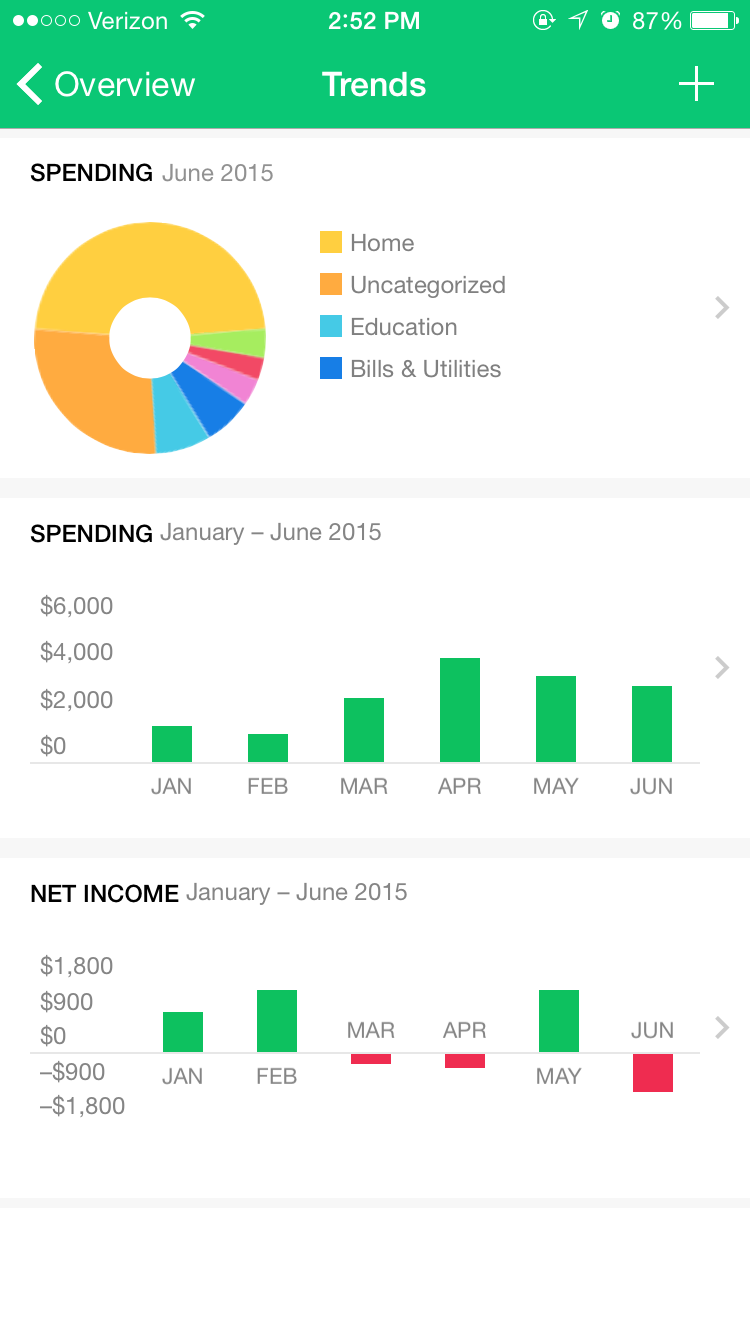 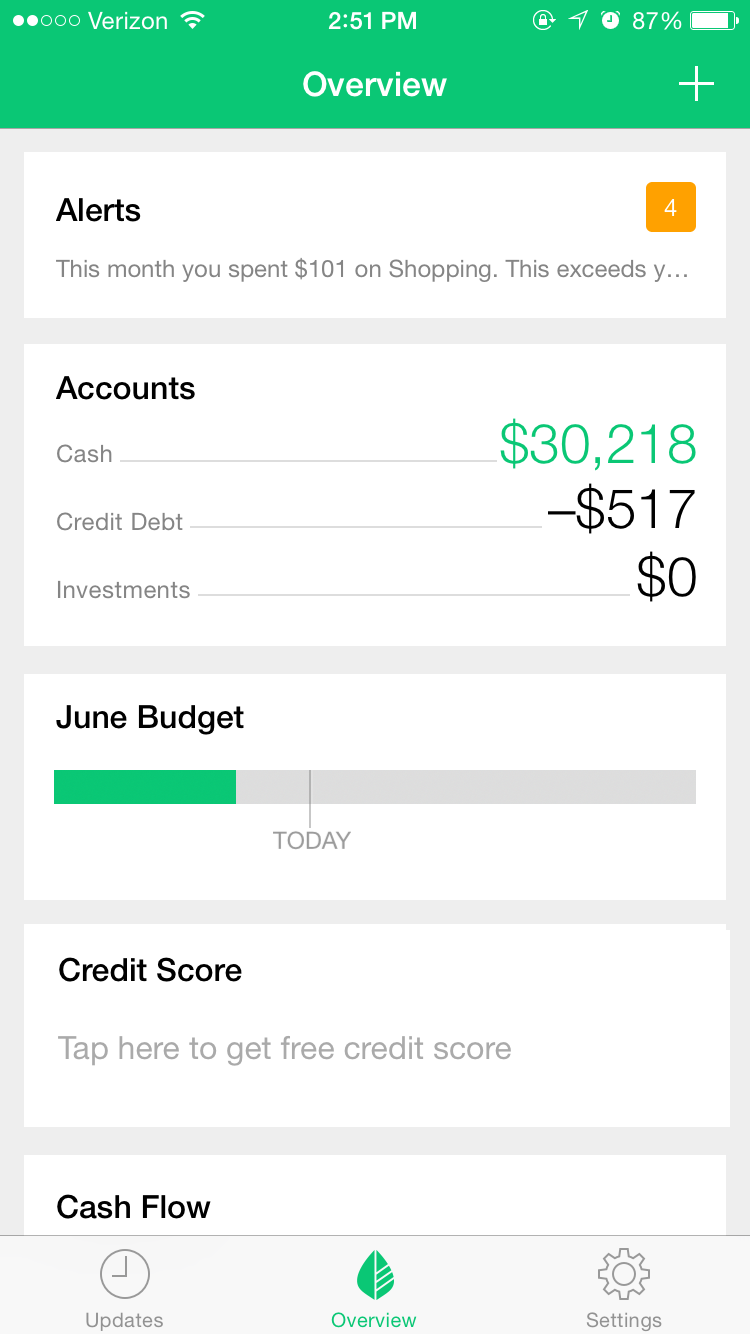 It offered quick setup, secure transactions, an intuitive user experience (with easy to understand graphs, trend updates, investment tracking, bill reminders, and advice), and most importantly, it was all free. 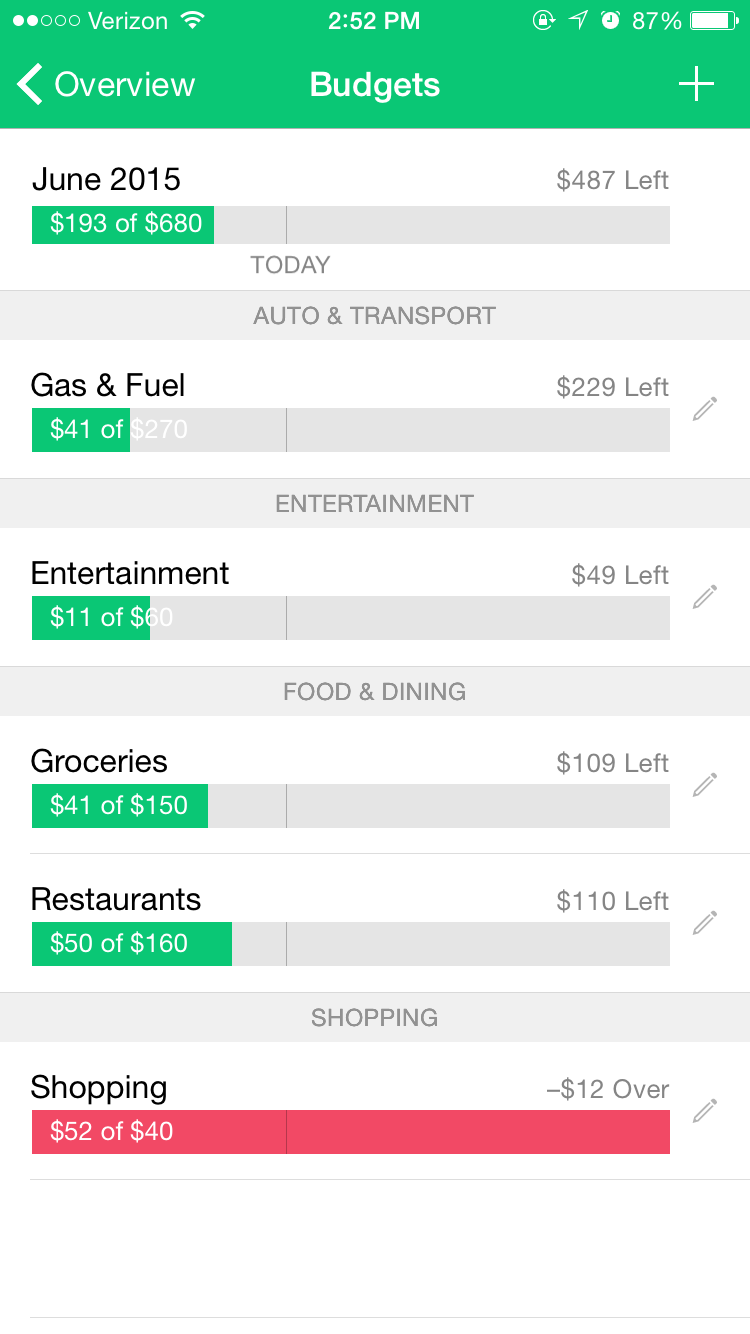 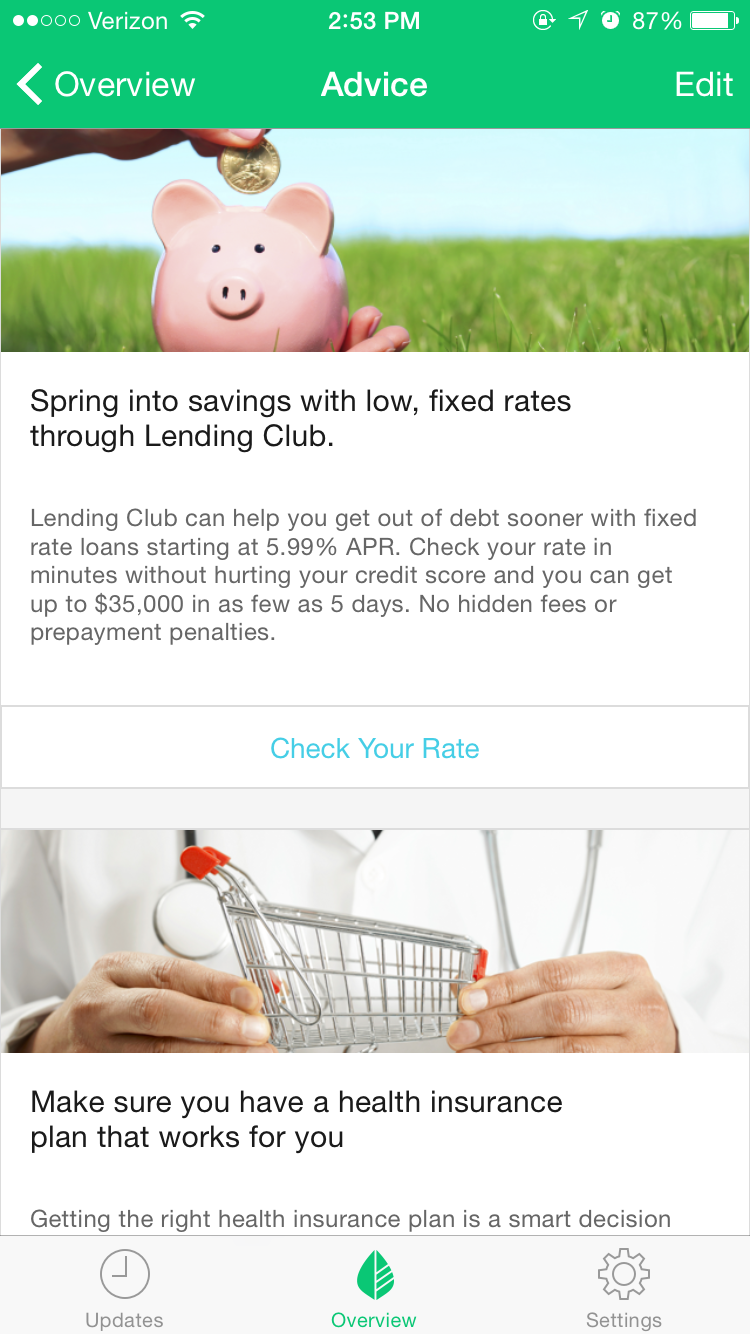 “People loved Mint,” shared Putorti, “it solved a real problem...which is unlike most products with a high viral coefficient.”

The app fulfilled an actual need and the Mint team knew that.

“I actually didn’t write a line of code until I did about three or four months’ worth of thinking on Mint,” Aaron Patzer shared during a talk at Princeton University in 2011. Their team focused fully on planning and validating their idea before they began creating it and when it was released, the strategic effort showed.

From the get-go, they had a high-quality, reliable product that people wanted and needed, which is ultimately the key to success.

If your product is good, it can sell itself in the long run. If it's flawed, not even the best marketing can’t help it thrive long-term. As Ryan Holiday stresses in his best-seller, Growth Hacker Marketing, “...Marketing efforts are wasted on a mediocre product.”

Before their beta was even ready, the team at Mint began growing their audience through several dedicated landing pages and what Putorti calls a “unique personal finance blog.”

They published valuable, SEO-friendly content that spoke directly to the needs and curiosities of young professionals, including infographics and detailed articles that became popular on Reddit, Digg, and other social sharing sites.

Putorti details,  “for every popular finance query on Google, we had a page and content for it and [we] iterated on landing pages to optimize conversion.”

This Inbound proactivity and relationship building helped establish the brand as a trustworthy financial advisor early on, so when the application was ready, it had a thriving outlet and engaged audience to start driving traffic towards it.

In terms of SEO they had also already earned an impressive amount of site authority, further setting the brand up for organic success down the line.

During its early days, Mint also put a great deal of effort into establishing industry partnerships and distribution deals with more recognizable brands.

They sponsored several smaller blogs that had well-established passionate and loyal readers and also worked with the iPhone app store, Yahoo!, and Motley Fool to drive more signups and early downloads.

When the time came for the app’s release, their audience knew who they were and were in turn, more willing to convert on a download.

As mentioned early, Mint’s blog content gained a lot of popularity and exposure via social media. In addition to this organic sharing, the team used social platforms to engage with their audience on a more personal, human level.

“The Facebook fan page especially [had] a lot going on from Mint haiku contests to customer tips, and incentives to suggest [the app] to friends,” Putorti explained.

This engagement helped humanize their brand and generate conversation not only about their product, but about common user pain points and concerns.

These interactions and the resulting relationships gave Mint valuable information for iteration it and also made helped “delight” their audience and make them more likely to give the app a try.

Prior to its release, Noah Kagan, an early owner of Mint, managed to generate an email list of over 20,000 contacts eager to get their hands on the app.

To do this, they established and A/B tested a variety of compelling landing pages for early access, having people post “I Want Mint” badges to their blogs and recommend it to their friends in exchange.

Once they had their emails in hand, the Mint team “delighted” these contacts by providing valuable financial information and updates (i.e. notifying them when interest rates went up.) and refraining from self-promotion.

As Putorti explains, “people loved the consumer advocacy of the email...because we provided a lot of value” and in the end their opt-out rates were extremely low, establishing a valuable marketing channel for the future.

Key Takeaway: The Power of Word of Mouth

Marketing is easy when you’ve got a great product and no product is better proof of this than Mint.

By taking the time to establish their brand and expertise early on and working to deliver a high-quality application on the first go, the Mint team pleased their audience, gained their loyalty, and made them want to spread the word.

Most users, past and present, have received so much value from the application that they feel like they’d be doing a grave misjustice to their peers and loved ones by keeping its value to themselves -- so they recommend, share, and praise it boundlessly. (They have a 5 star rating, and nearly 4,000 reviews in the App Store.)

While the team did utilize traditional Inbound methods such as email marketing, content creation, and social media marketing, Mint ultimately grew to over 10 million users today by the power of word of mouth, proving that even in today’s growth hack-centered world, if your product is good, it will ultimately do the marketing for you. 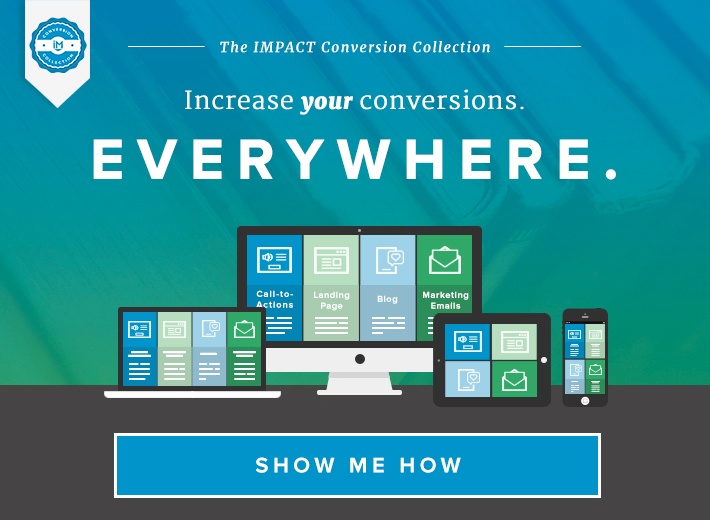