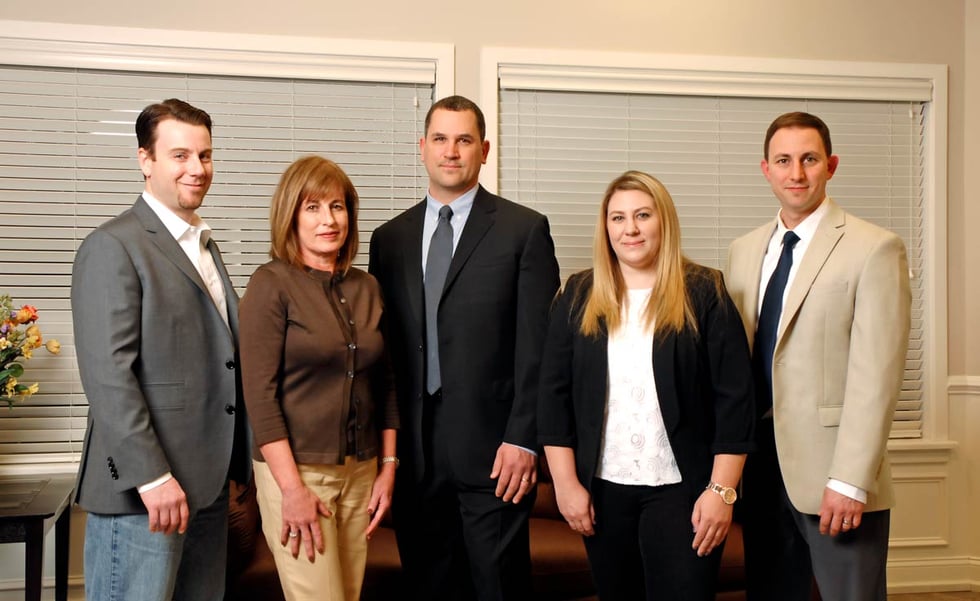 I’m an inbound marketing strategist. I’ve been one for years and I am always amazed at what can be accomplished when strategy and tactics come together.

If you’ll be so kind as to indulge me for a bit, I’d like to share a story about how I accomplished something that was a longshot, through smart inbound strategy and tactics.

It was about this time last year when I made the decision to do something I never imagined doing --  run for my local school board.

I knew it would take a lot of work to win a local election, but I had no idea just how much. For anyone unfamiliar with local politics, it means knocking on doors and attending fundraisers and meet-and-greets on almost a daily basis, for about nine months.

I quickly realized, however, no matter how much I committed to, there was no way I’d be able to knock on every door and meet every person in my district. So, I hit pause and began to strategize.

Political campaigns, especially at the local level, are done a certain way. The tactics used today are the same ones that have been used for the last 20 years, but a lot has also changed in the last 20 years.

I knew it was time to shake things up and as a marketer, I had the tools to do it.

Over the years, I have seen inbound marketing work for so many unique organizations. I knew it could work for my campaign and I also knew that to make it work, I would have to be smart about it.

As a marketer, I spend a lot of time reviewing analytics and as a candidate, I realized I had a lot of information available to me.

(Note: If you're struggling with data and reporting, we're sharing how we got our processes in order in a free webinar with Databox CEO, Pete Caputa TOMORROW at 11:00AM ET! Save your seat and join us here!)

Everything from age, members of their household, organizations they belonged to, community events they attended, what news outlets they followed, what political issues meant the most to them; It was a wealth of information that had to be used.

Analyzing that information gave me invaluable insight about the people I needed to reach and how to go about reaching them.

One of the clearest examples of this is  when I began to look at people in my community, specifically in an area that was going to be challenging for me to connect with.

In my research, I found a huge community group that happened to be connected to a partner group I belonged to. This gave me a foot in the door to this particular population and helped me to build a relationship that I may not have been able to do otherwise.

I know tactics work best when there is a strategy behind them.

So, supported by analytics, I developed a strategy for reaching the people I needed to reach. I basically developed buyer personas for everyone I needed to talk to. I determined where they got their information, their demographics, and.the best method for reaching them, whether it was going to be a boosted Facebook post or speaking at a club or organization they were a part of.

Instead of just knocking on random doors, with limited knowledge of who I’d be greeted by, I began meeting people in a setting they were comfortable in and with knowledge about the issues in our community that were important to them.

With this less “cold” approach, I was actually connecting with my neighbors instead of blindly knocking on strangers’ doors.

Now, social media  may have been  the most effective tactic I used. When I realized I would never be able to knock on every door, I figured I could reach a broader audience if I reached out on social media, specifically Facebook.

I strategically targeted key areas, demographics, and interests with posts I believed would engage the readers. It would take me two hours to knock on 40 doors, but In one hour on Facebook, I was able to reach 1,500 people who were engaged!

I was getting questions, comments, invites to sit down and talk about the issues and concerns, and follows.

This was integral to me being able to open a continuous line of communication to a huge audience. It made it possible for my team’s message to spread and for us to build a strong following.


In politics, there is a lot of noise. Being able to cut through it and find truth and authenticity is not easy. Being able to speak from the heart and tell people why you are asking them to trust you to look out for their best interests is even harder, but it is the most important thing that anyone in office can do.

As a marketer, I’ve learned the best way to truly connect and engage with people is through compelling stories. So, in my campaign, I developed content that shared the stories my audience cared about -- , my own, my community’s, and my potential constituents’ themselves.

By telling these relatable stories, I was able to reach the voters on a more human to human level and help illustrate the issues in a way that truly resonated with them.

Telling these stories also created a sense of transparency... .

Being open and transparent is something I’ve learned from some of the most successful business leaders I’ve met. Authenticity and good intentions build trust.

In fact, when I put everything out there for people to see, I received an incredibly positive response. Throughout out campaign, my team and I embraced our pledge to transparency but no more so than when questions were raised about how we are funding our campaign.

In response to those questions, we released our financial statements to the public. We posted them on social media, emailed them out, even took out an ad in the local newspaper with the link to where the documents could be viewed. That openness and transparency went a long way in letting the people know we had nothing to hide

Another thing I’ve learned from some great leaders is that sometimes you need to take chances.. Taking a chance to run for local office and then again on new tactics helped me to achieve something pretty big.

Now that you know what I did using inbound marketing, I should probably tell you how I did.

The election was a sweep! Not only did I win, but my four co-candidates won as well.

I strongly believe that this victory was, in part, because we took an approach that was new and reached people that hadn’t been reached before.

We used a strategy that was based on realizations and analytics, not the status quo. Everything I did came from the knowledge and tools I had developed as a marketer and everything I learned will help me to be an even better marketer in the future.

I learned the value of thinking outside the box, going against the odds, and doing things differently. These are lessons I have already started to bring to my work here at IMPACT and I hope other marketers can learn from too.