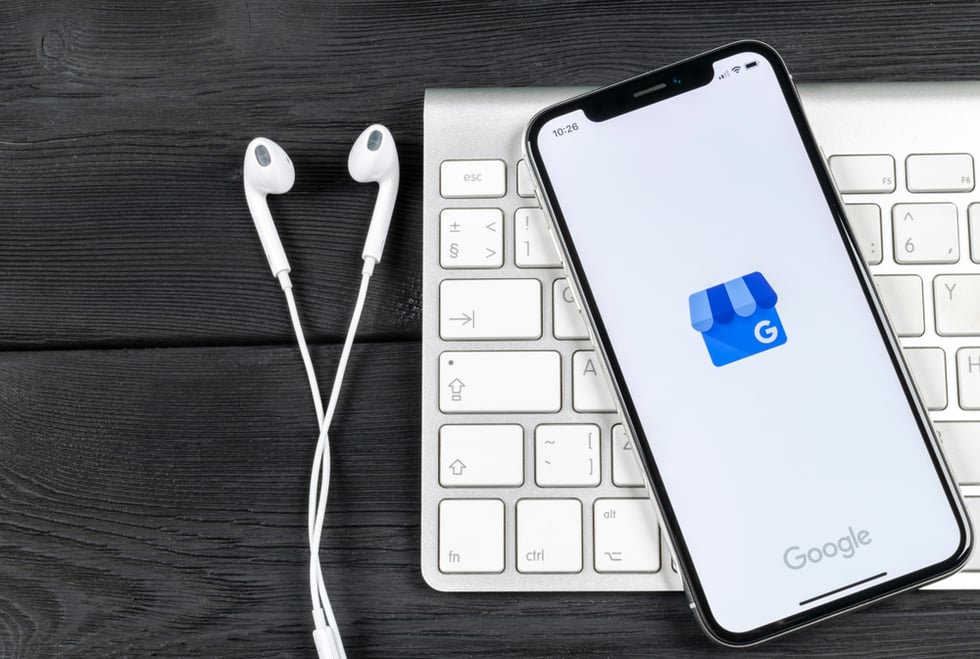 For local businesses, Google My Business is a great tool that can help customers discover your business and learn more about your services.

However, it may also soon be a place where they can also learn about your competitors’ offerings.

Google has been spotted running ads for competitors in the same area as local business profiles.

This was first discovered by Twitter user Ben Fisher:

GMB Ad In-Listing Spotted in the Wild. Check this out! There is an ad for a Honda dealership on a Doge dealerships GMB Listing.

The Honda dealer does have local extensions enabled in Google Ads. #localSEO pic.twitter.com/tGk3lrtAj1

Here’s a closer look at the photo Fisher shared: 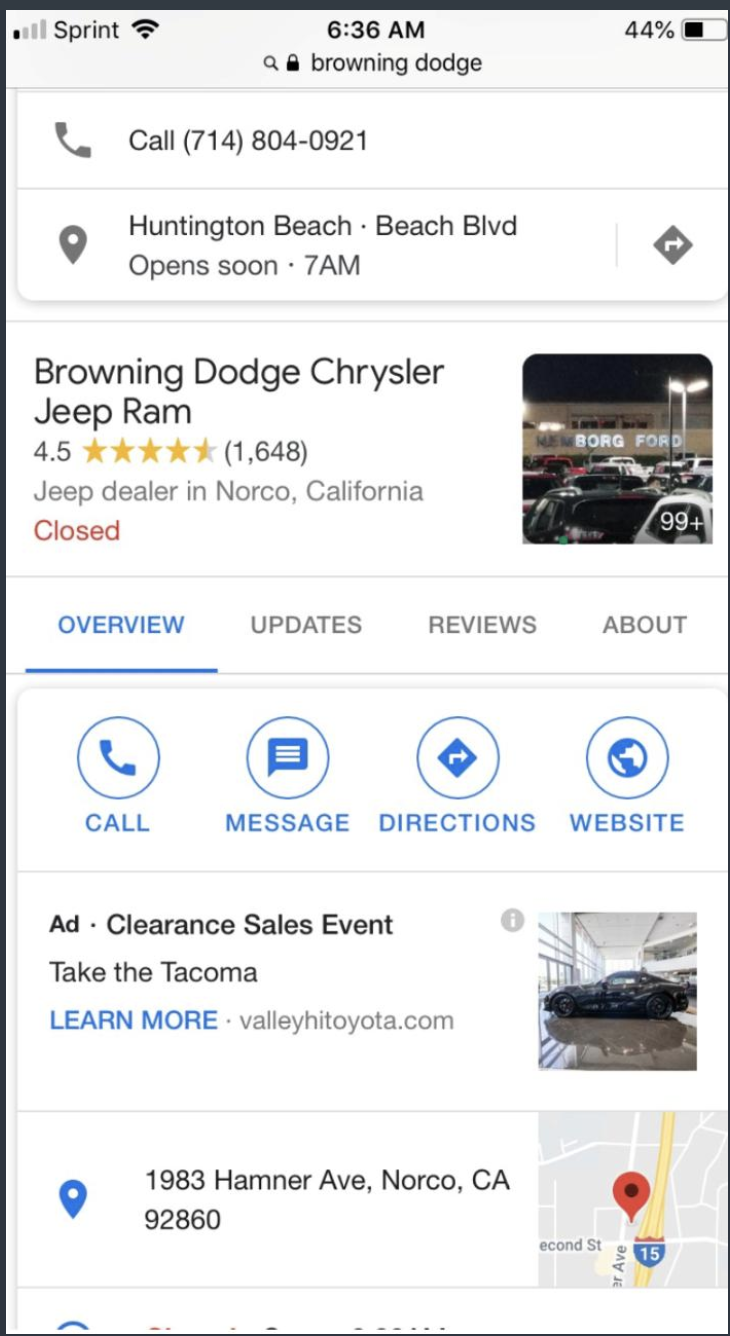 As you can see, the business listing is for a car dealership in California. If you look closely, you’ll see an ad featured for a Toyota dealer located approximately an hour away, according to Search Engine Land.

Due to the close proximity of these businesses, it’s likely that Google is using location-specific data to serve up the most relevant business ad to the user.

This feature offers marketers opportunities to get in front of more customers, but it also has potential to take away business if people click on a competitor's ad on your profile.

What we know about Google My Business’ competitor ads

I wasn’t able to recreate this feature myself, so it’s likely that this is still in the testing phase — or just being rolled out slowly.

However, it appears Google has confirmed that this ad placement is at least a possibility for businesses taking out “Local Campaign” ads.

It seems that these “competitor” ads are not considered their own ad type, but rather part of the Google Search Network ad placement, based on the photo Google shared below: 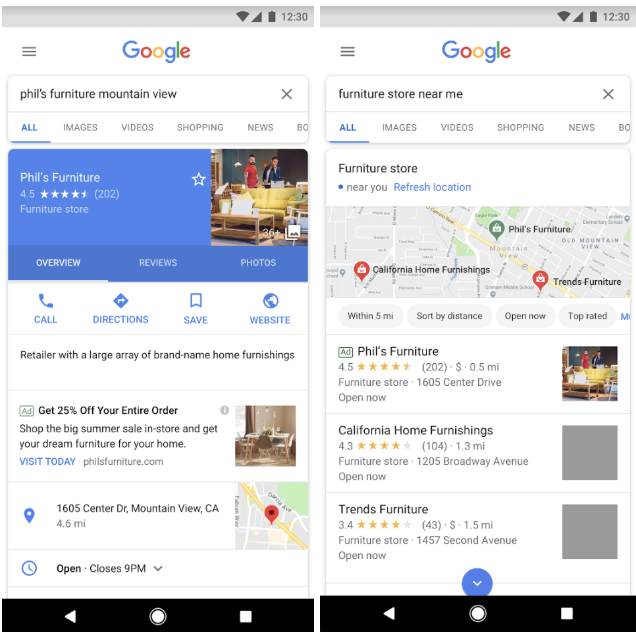 On Google’s Local Campaign guide, it states that search network placement “matches your ad to search terms that are relevant to your business and its location.”

So, these ads aren’t necessarily aimed at landing on competitors pages, but rather matched to similar keywords. Because competitors are likely using the same relevant terms, it’s clear why this is a side effect.

What this means for marketers

Many digital marketers, especially those with local businesses, aren’t happy about this new feature.

For one, many feel it's an attempt to drive more ad revenue. After all, if your competitor's ads are showing up on your profile, wouldn’t that motivate you to run ads on theirs?

While this can certainly help boost brand awareness, businesses can’t tailor ads to a specific placement — meaning you can’t create an ad speaking to how your business is different from a specific competitor that will appear only on their profile.

Moreover, it’s possible that the longer these ads stick around, the more likely they’ll succumb to the “banner blindness” phenomenon where people will eventually learn to ignore content in that space.

So, the main takeaway is that if you’re already running local campaign ads, this may create a potential opportunity to drive more relevant traffic and awareness to your listing. However, because this placement isn’t guaranteed, this shouldn’t be the only motivator for these ads.

How to optimize your website for local SEO in 2020