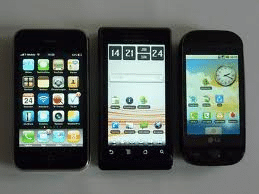 The number of people accessing the Internet on their mobile devices is increasing.

According to a statistic by Google, on average, 69% of smartphone users access the Internet on their phones daily.

Within the next few years, your target audience will most likely spend 10 hours watching videos online, listen to music for 15 hours, and downloading 15 apps per month.

With that in mind is your mobile ad strategy up to par? You might be spending too much money on mobile ads. Especially, when about 61% of all mobile ads are clicked by accident.

Advertising has always been a gamble.

The TV commercial that runs when the viewer gets up for popcorn. The print ad that gets overlooked when it's pages stick together. The mobile ad that was clicked out of immediately because the person didn't mean to hit it. Okay, the last one is new.

When you run a mobile ad campaign you are loosing half of your money spent on people who swiped their touch screen the wrong way. You might as well toss a coin to find out if someone is really a lead or not.

Rather than wasting half of your ad budget on mobile advertising, focus your mobile ad strategy efforts to reach a more targeted mobile audience.

Having a mobile responsive website is no longer a cool feature- it's a necessity.

People who visit your site from their mobile device are looking for different content than those visiting from their computer.

While browsing your site on their mobile device, most people are looking for your address to put into their GPS or maybe they're considering calling you.

Make it easy for your visitors to call you directly from your site. If you don't, the next call your visitors make might just be to your competitor. No one wants that to happen.

Apps are one of the best features of a smartphone.

Even though the number of apps per phone are increasing, doesn't mean that your app isn't getting lost among those other 30-40 apps.

Therefore, you shouldn't just build an application so you can say that you have one.  You should develop an app that can add to the services that your company provides.

Before you dive into the world of app building ask yourself a few questions:

Have you used Hubspot's app? It's easy to use and gives it's users access to five of Hubspot's awesome tools. The app is made for those marketer's on the go. It also helps that Hubspot's target audience is smartphone savvy, so it's a good fit. The app is unique to their services, keeping in line with their business.

A strong social media presence should already be a part of your inbound strategy. Social media usage on smartphones reinforces the importance of social media marketing.

Take a moment to look at these impressive statistics:

A benefit of your target audience having constant access to social media platforms on their smartphones, gives you around the clock access to your audience.

With people constantly checking their social media networks on their devices, there may no longer be a "best" time to post. Especially with their smartphones always within an arms distance.

There are those people checking their phones every two seconds. And then there's those who check their Twitter feed before going to bed, those that check their Facebook wall as soon as they wake up, and others that check out LinkedIn during their lunch break.

With a steady increase in smartphone usage, the mobile audience keeps growing. It's important that you continue to engage with the audience in a way that makes sense for a successful mobile ad strategy campaign.

The Numbers Are In. Here’s What Marketers Can Take Away from Black Friday 2018.

iPhone vs. Android Users: What Does your Phone Say About You? (Stats)