The apprenticed leader: Do we lead how we were led? [Interview] 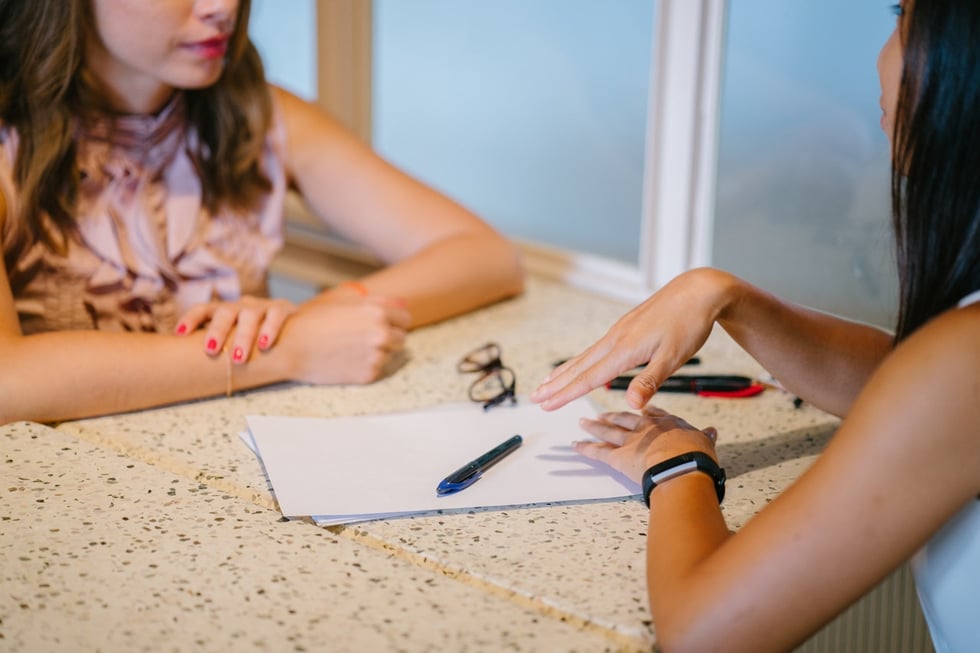 UPenn professor Abby Reisman once described what she called the “apprenticeship of observation.” She was speaking specifically about teaching, noting how young teachers are sometimes limited by how they were taught as students, which, in turn, informs their practice in the classroom.

We’ve all had a range of bosses and superiors in our careers. When we take on leadership roles ourselves, are we likely to mimic their styles — perhaps even subconsciously?

I sat down with IMPACT COO Chris Duprey to talk about army leadership, meditation, and how showing up with kindness can transform company culture.

John Becker: I wanted to begin with the notion that we are informed by the leadership that we have served under. So, in other words, we lead how we were led.

When I started military school, my TAC officer was in charge of making sure we didn't do anything stupid, he was a Vietnam vet, a retired colonel, Silver Star winner, all this stuff. His name was Colonel DeBlois, and he was the nicest man in the world, but he was very strict.

So, I had this whole span of different characters. I had hyper-religious. I had not religious. I had single to huge families. The leaders that I served under were across the whole spectrum, from near dictator, basically, to near abdicator.

I think that the journey along that path showed me what I liked and what I didn't, and helped inform how I show up in situations, and as a baseline.

JB: I agree with you that there is the choice to replicate one and to ignore and move away from another.  But I would imagine there's also some subconscious absorption of styles or choices. Sometimes we hear others in ourselves, you know?

CD: As an army officer, you switch jobs every 18 to 24 months, and so does everybody else. So, I have had more direct managers, more bosses than most people.

I think there's a huge amount of truth to that we start to sound like our leader, especially if they're good. When I was a company executive officer, my commander had just come from his first duty station was Hawaii. So, he would end sentences with "yeah." It was just part of the way that he spoke. The next thing you know, the whole company was adding "yeah" at the end.

I think you start to see it here with certain ways, and I will tell you that one of the things that brings the most joy or pride is when I start hearing Duprey-isms being said around the company, because it does show that you rub off on people.

JB: Can you give me an example of a Duprey-ism?

CD: Well, the first one that just comes to mind is “more better.” “Samesies” is definitely one that gets said. The “2x4 of truth,” those little things. So, those are all funny, but then I think there’s a bigger picture.

I think because mindfulness and awareness is such a part of my life, I have seen, especially our leaders, transform from very reactionary humans to much more aware, conscious, mindful leaders. Not that everybody's on some spiritual journey, but I've seen a change in how people show up. Not that they fully mimic me, but it is definitely more than it was when I first got here.

JB: To jump back to something you said earlier, switching jobs frequently and switching environments and tasks and supervisors and subordinates allows you to consciously reflect and reapply your leadership skills.

When you start again, you're able to think, "Okay, in this situation I need to bring this part of myself, or in my last iteration, I could've done a better job of this, and I'm going to really focus on that this time."

That could be trickier to do in other realms. How can leaders best reflect on their practice?

CD: That's an interesting question. So, there's the how do they, and then there's how should they.

I think how I did it before, I would think, why did that happen? What's going on here? Why is this? You try to sit back and look at it, but at the same time, I don't know how much reflection I actually did.

I think that it was more like, this is the fire that's burning right now, so let's go attack this, and then it's on to the next thing. I think that you often can't see the forest through the trees.

You get so honed in on this one problem, and we don't do enough to develop, usually. We don't lead enough. We don't take enough personal time. You hear about senior leaders that read a ton, that meditate, that spend quiet time, that do have some reflective practice, that make sure they get to sleep. But it’s often CEOs.

JB: Right. They might have a little bit more freedom to live that way.

CD: Yes. When I was a young army officer, I was on the go all the time, and I tried not to make the same mistake twice, but I didn't do a whole lot of reflection.

Now, fast forward to today, I have a deep meditation practice that gets a two-hour block of my day dedicated to it. That's nonnegotiable. Reading and always learning becomes a nonnegotiable for me.

Reflection opens up some space, but one of the downfalls to reflection is sometimes we ask ourselves questions that push us away from actual learning. So, when we ask why questions, there's an internal judgment; when you're like, "Why did I do that?"

Tasha Eurich says if we flipped why questions into what questions, we can really see fact.

When we have why, there's some judgment that can lead us a different way, but if we say, "What were the conditions that led to these actions? What was true about what happened in this situation versus what's happening in another situation?"

For younger leaders who don't have three hours to spend on personal development each day, when something's happening, good, bad, or indifferent, if we start asking ourselves, "What's true about what's happening? What are the conditions that were set to allow it to happen?" in that question, there's no judgment. It's just, what's real, what's true.

If we focus on what's real and what's true, and we take out our own preconceived notions, then we are in that learning center.

JB: So often, when we try to ask "why?" there are cognitive biases that prevent us from accurately describing our own actions and decisions. Sometimes distance can give us a different perspective that allows us to get closer to truth.

I love the idea of moving away from value judgments to fact. We can analyze fact in a way we can’t analyze judgement. Adding that extra step allows more accuracy.

CD: When we do the why, fear is going to be sitting somewhere. Fear, doubt, and not wanting to be fully honest with ourselves. But when we bring it to the facts of what actually happened, what could be caught on video, then we literally can go get after whatever it is we need to get after.

That's another Dupreyism, by the way: “Get after it.”

It does seem as though there's a movement broadly in business to embrace mindfulness, to embrace reflective practices in a way that was not in vogue 10 or 15 years ago even.

CD: Yeah. Here's why. Or at least, this is what I believe to be true. 15, 20 years ago, we didn't care about the worker. A generation ago, people stayed in the same job forever.

It was 1981, I think, when Reagan had his first real layoff, and he laid off some folks in the Federal Aviation Agency. I wrote about it in my pillar on thought leadership.

Then we went into this whole right-sizing of [profit and loss] through layoffs. We basically said, "We don't care about employees." In turn, though, what we find is that the engagement rates of employees in the United States is horrible. It's like 33%.

Or, we can focus on the people, and the only way to focus on people is if we, as leaders, can strive to develop those people, because it's how do we get them to do their best work.

JB: All of those are sort of synonyms for acknowledging value in employees.

CD: I read this probably a year ago, and this couple of sentences truly helped open up my practice, helped how I show up every day, and I feel it's made me a better version of myself.

The only thing that we know for certain is that we're going to die; death is the only certainty. But the time of death is uncertain. So, the question becomes, what are we going to do? We have this choice as humans — you have no idea what's going to happen in the next second, let alone the next 10 years.

Bringing intentionality and mindfulness and humility to those small moments is equally important to the big moments, but easily overlooked.

CD: Yes. So, when something gets messed up, as is going to happen a thousand times a day, do we lose our cool and shame somebody and make them feel horrible about it, or do we say, "So, what happened? So, what led to it? What are the things we need to do to ensure that it doesn't happen again?"

The, you're actually teaching instead of just making somebody feel like garbage.

JB: It goes back to the what versus the why, because the focus is on what happened, not the person who did it, and that limits judgment.

CD: In an organization where you have high engagement, everybody's trying their best. Therefore, you make it about the action, not about the human.

How should you be spending your website redesign budget? [Interview]

I need help with inbound marketing — what do I do? [Interview]