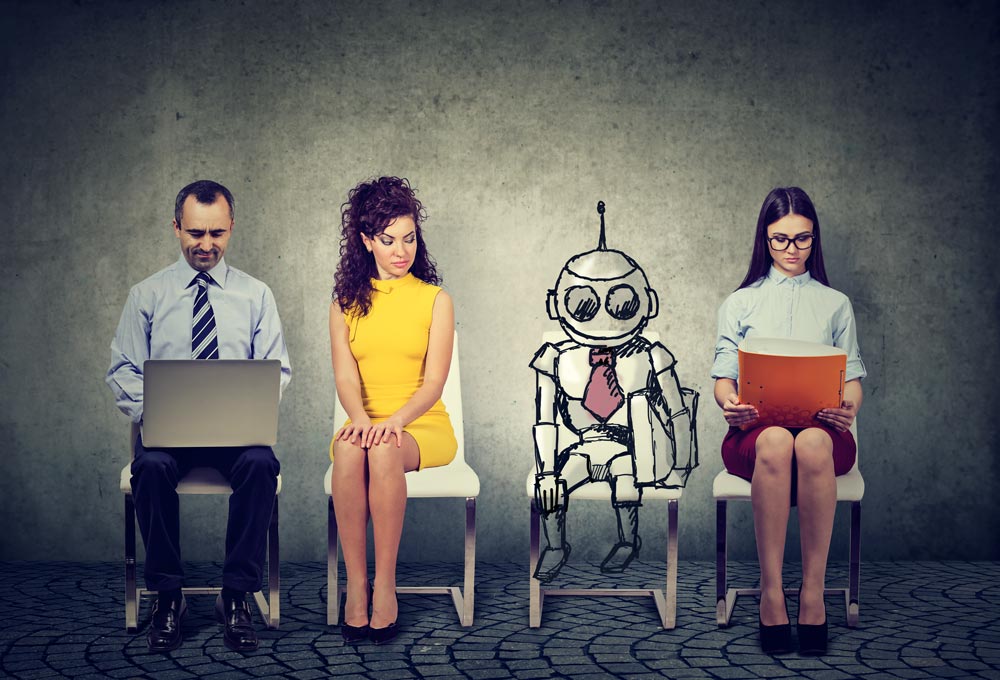 “The Machines are coming!”

You’ve probably heard statements like these from your friends, family, and of course, your coworkers any time a discussion around artificial intelligence (AI) or machine learning is ignited.

While the above exclamations may be said playfully during conversation, there still exists a belief that… well... the machines really are coming and that we’ll all be replaced.

Don’t get me wrong - it’s completely fair to feel such things.

After all, our parents watched robots augment human hands on automobile manufacturer assembly lines, and we’re now watching these same manufacturers develop cars with the capability to operate autonomously under their own influence.

These types of innovations in automation, AI, and machine learning are not specific to a single industry either.

As you well know, the industries many of us are most closely aligned with: marketing, sales, software, design, education, etc., are experiencing these same advancements, and at a rapid clip.

So, it’s only natural for many of us to believe that the work we do now as marketers and salespeople will ultimately be replaced by programs or bots.

However, as Tom Gruber, co-creator of Apple’s Siri explains in his TED Talk video below, not all AI creators are created equal.

Not all (Tom specifically), want to develop AI to replace or compete with human capabilities.

He has set out to create what he calls “Humanistic AI” - or AI that “empowers humans with machine intelligence,” and he goes on to discuss how that impacts our personal, social, and work lives.

But what does that mean for the future of our work?

We Can Achieve “Super-Human Performance”

Tom shares a real example of pathologists who, on a continuous basis, study hundreds of slides in order to determine if cancer cells are present within patients. Over time, they developed a “classifier” to complete these studies whereby the AI determines if the cells are cancerous or not.

What’s more interesting, though, is that when the machine and human efforts were combined, an accuracy rating of 99.5% was achieved.

With humans and AI partnering together, it resulted in an 85% reduction of errors from humans alone.

Putting that into the context of what we do today - imagine a world where a machine or program doesn’t replace the efforts of a marketer, a writer, a salesperson, etc.

With Humanistic AI, the pairing of AI and human, we exponentially improve the success rate of campaigns, the searchability of content, or the determination of which sales opportunity has a greater chance of closing.

We Can Rest Easy (Maybe Even Get Excited) About AI

While it’s inevitable that programs and machines can and will automate or replace some of the things we do - it still does not eliminate the value of human judgement.

In a second, hypothetical example, Tom paints the picture of an engineer who is tasked with creating a design. In that situation, the designer would open up their CAD software, input the parameters, and review the performance of that single design.

He then shares that if we were to give those same tools and parameters to AI, it could produce thousands of designs.

“This transforms how we design. The human engineer says what the design should achieve, and the machine says, ‘here are the possibilities.’”

This does not replace the engineer in this equation, rather it alters their role to one of defining outcomes, which the engineer knows as a human, better than any machine.

AI May Actually Make Us MORE Valuable to Employers

In a third example, Tom explains that the future development of Humanistic AI could help to improve our “famously flawed” human memory system.

He poses the question, “What if we could have memories as good as computers?”

While that sounds far-fetched, consider the fact that we lead almost completely digital lives, creating the data that becomes our digital memory.

Now imagine a world where AI could help us to save, organize, and retrieve everything we’ve ever read, looked at, learned, or said at any time…

With a memory of that magnitude, the knowledge we would each possess would be invaluable. We would learn faster, retain more, and provide better insights to everything we do in everyday work-life.

What employer wouldn’t want that on their staff?

Ultimately, in Tom’s eyes, it’s not about how machines can replace us, it’s about “how smart can machines make us?”

It’s a somewhat different thought that debunks the stigma that AI and machines are meant solely to replace humans.

Don’t fear the robots: Using AI to boost productivity in the workplace [Infographic]

How Your Company Can Take Advantage of Voice Assistant Technology

People No Longer Have to Listen to Your Entire Podcast, Thanks to Audioburst

The Future of Artificial Intelligence in Marketing [IMPACT Live Video]