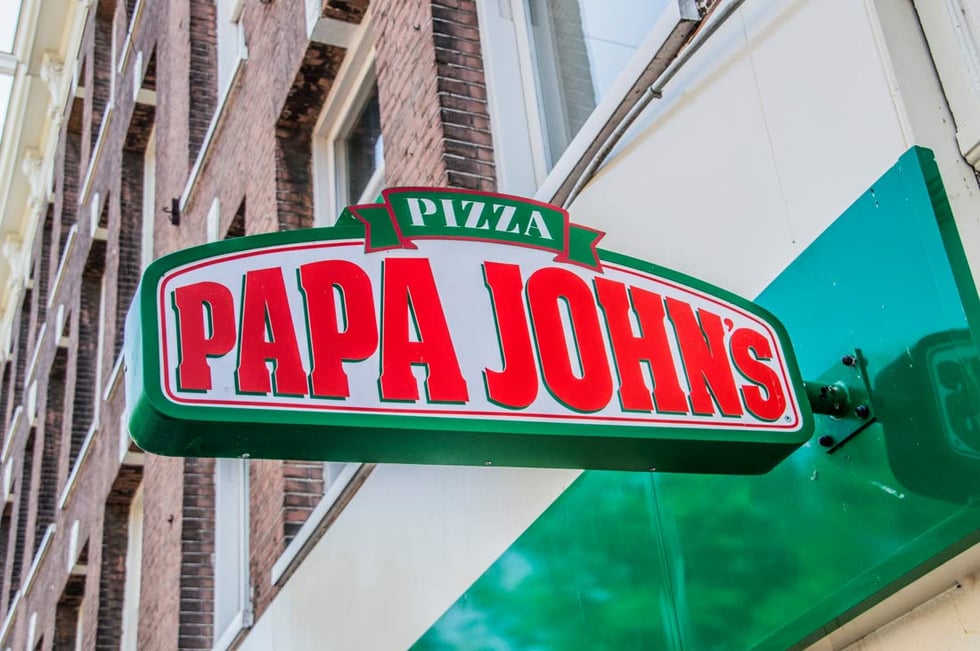 If you’ve been following the news lately, you know a lot of Papa John’s dirty laundry from the past few years is being aired very publicly.

It all started last year.

Unfortunately, last November, John Schnatter, who was CEO of Papa John’s at that time, wasn’t pleased with the way the NFL handled players who knelt during the National Anthem and was extremely vocal about it.

The result was a chain reaction of public relations disasters few would have seen coming.

"We are totally disappointed that the NFL and its leadership did not resolve the ongoing situation to the satisfaction of all parties long ago," John Schnatter said in a call with investors on Wednesday.

"This should have been nipped in the bud a year and a half ago."
These controversial remarks, among others around the situation, forced him to step down as CEO and hold a place as chairman of the board.

One would think that would’ve been enough to shake some sense into him, but there was more to come.

In May of 2018, John stepped down as chairman of the board after using a racial slur against African Americans in a conference call.

And yet, that’s still not it.

In the latest article from Forbes, The Inside Story of Papa John’s Toxic Culture, there’s more shudder-inducing news about how he used his position of power while at the company.

Please note that many of the following accusations have been disputed by either John or his employees and he has even issued a lawsuit against his former company -- but here’s what has been floating around.

According to the piece, Schnatter hired friends who “wouldn’t dare throw him under the bus” and those same friends just laughed when they witnessed others mocking female employees, asking about their monthly cycles, and making sexually suggestive remarks and comments about whether women wanted “to jump on the train.”

He also allegedly recruited Papa John’s employees to spy on their colleagues. He read workers’ emails, according to two sources with knowledge of the episodes, and sometimes conducted business from disposable phones.

The list goes on, but rather than regurgitating all of the stuff he did, let’s take a look at what we can brands and organizations, in general, can learn from his missteps.

Read on to learn the top 5 lessons we can learn from the debacle that’s unfolding in front of our eyes.

When you create a work environment that’s volatile and uncomfortable, you’re setting yourself up for failure.

Workplace harassment can cause your employees to experience a multitude of things, including

The victim isn’t the only one who is affected by this either as victims can take legal action against a company as well.

According to the EEOC, a company can be held liable for harassment that occurs on its property, which means it may be forced to pay compensation.

All of these factors should be reason enough to ensure your company has the right policies in place to protect yourself and your employees; however, there’s another side to this as well.

If your employees feel unsafe, uncomfortable, or just unappreciated, they’ll leave. In fact, a recently departed executive from Papa John’s said, “The only people that are staying there are the people that can’t get a good job elsewhere.”

If your workforce begins leaving, your business can and will falter, as the cogs that once made sure everything ran smoothly go missing from the equation.

According to the Association for Talent Development, the average training cost per employee is $1,252 and employers use an average of 33.5 training hours per employee.

That’s a long time to fill one position within your company and that’s if people still want to work with your company after news of your mistreatment breaks.

The long-term effects of a toxic workplace can severely and negatively affect how your business runs and how profitable it’ll be.

After his first public incident, John had to step down as CEO, but he was still with the company.

This presence was a liability that continued to hurt the brand - especially after his next blow up.

The latest Forbes article stated that after his statement, Papa John’s shares crashed 11% in hours and kept falling.

Schnatter lost his CEO title and franchise sales dropped an estimated 5% or more. The article goes on to share that partly as a result of his NFL comments, corporate revenue fell 5% in the first quarter versus the prior year. Net income, meanwhile, was down 40%.

If John had removed himself completely from the business, do you think that revenue would continue to fall as time progressed?

Now, we certainly have no way of knowing but understanding what happened directly after the comments were made, I’m going to assume that if swift action was taken to show that he no longer is associated with the company, people may have been able to forgive the brand.

As a business owner, it’s important to understand the long-term effects of the decisions you make, especially decisions controversy.

Yes, this is important when it comes to large corporations and public statements but it’s also essential to understanding in small to midsize businesses as well.

Say you have an employee who works in the finance department who has not always conducted himself to the company standards you’ve set.

By keeping him with the company, you’re letting your other employees think his actions are acceptable.

Others could begin to follow suit. The behavior could spread and, depending on what’s happening, you can begin to make your other employees feel uncomfortable or unwelcome in the workspace.

If you were to have had the conversation with him and if he had not changed his behavior, it’s best to let him go to assure others know that you’re serious about creating a healthy work environment for all.

You’ll show that you respect your employees and want them to feel comfortable every day, which in turn, will help keep them on your team rather than leaving.

To cultivate what Forbes is calling a “bro culture,” John hired multiple of his friends to be leaders within Papa John’s.

“To protect himself, Schnatter, 56, installed loyalists in the firm’s top ranks… That includes international president Tim O’Hern, a close friend of Schnatter’s from Jeffersonville High School, as well as current CEO Steve Ritchie, who worked directly for Schnatter for three years and has run daily operations since 2014.”‘John got Steve to where he is. Steve is not going to do anything to turn on John,’” says a former senior executive.

By hiring friends or family, you’re allowing your personal feelings to mingle with what’s best for business.

At the end of the day, it’s not about how many friends you keep by your side between the hours of 9 to 5, it’s about how profitable your business is, how your employees feel and perform, and how you can continue to grow and succeed.

I don’t know about you but if I were to have my best friend as an employee or even a peer at a company I owned, I’d have a hard time telling her that she’s not performing as I expected or I’d have a difficult time letting her go/taking appropriate actions if needed because I’d want to give her just one more chance.

These relationships can allow poor performance to go on for far too long, which can ultimately negatively impact your business and profitability.

When it comes to hiring, you need to be hiring, it shouldn’t be personal. Yes, it is essential that you get along with your teammates, but this should be primarily judged by culture fit; if their values, passions, and experience align with your goals.

4. Understand That Nothing Stays Hidden Forever

In the age of digital media and social networks, it’s easy for people to talk about the good, the bad, and the ugly.

This can be great if you’re a boss who has cultivated a positive, engaging, and exciting workplace but can be detrimental if you’re not.

A photograph of Deen dressed as Lucille Ball and her son, Bobby, with a brown face supposedly as Desi Arnaz was tweeted on Deen’s Twitter account.

This occurred as Deen was already waging a public relations campaign to rebuild her brand after accusations of racism in 2013 practically sank her brand.

The lesson here? What you do or say in seemingly private doesn’t necessarily stay there - both inside and outside of the office.

It just takes one employee to record or tweet out a statement you made and add the right hashtag or tag your company for it to take the storm and spread across the internet.

And once the message is out there, you can’t take it back.

Screenshots can be shared in text messages between other coworkers, can be posted to other social media networks, and even picked up by the media.

Even though John Schnatter had his corporate employees sign nondisclosure agreements barring them from discussing his personal life, some employees have come forward, feeding today’s scandal.

When something is wrong, you can always count on someone to do what’s right and speak up for the betterment of others.

Make sure what people are saying about you and your business is good - don’t give them a reason to say something bad.

Who knows...but, the good news is that even if he doesn’t, we have an opportunity to learn from what was said about how he ran his business and his operations.

Whether those allegations were true or not, we can still uncover missteps and better ways to manage our day-to-day.

It’s about cultivating an environment free of harassment, full of respect, and filled with the right people who are there because they’re capable and excited to move your business forward.

Who is IMPACT not a good fit for?