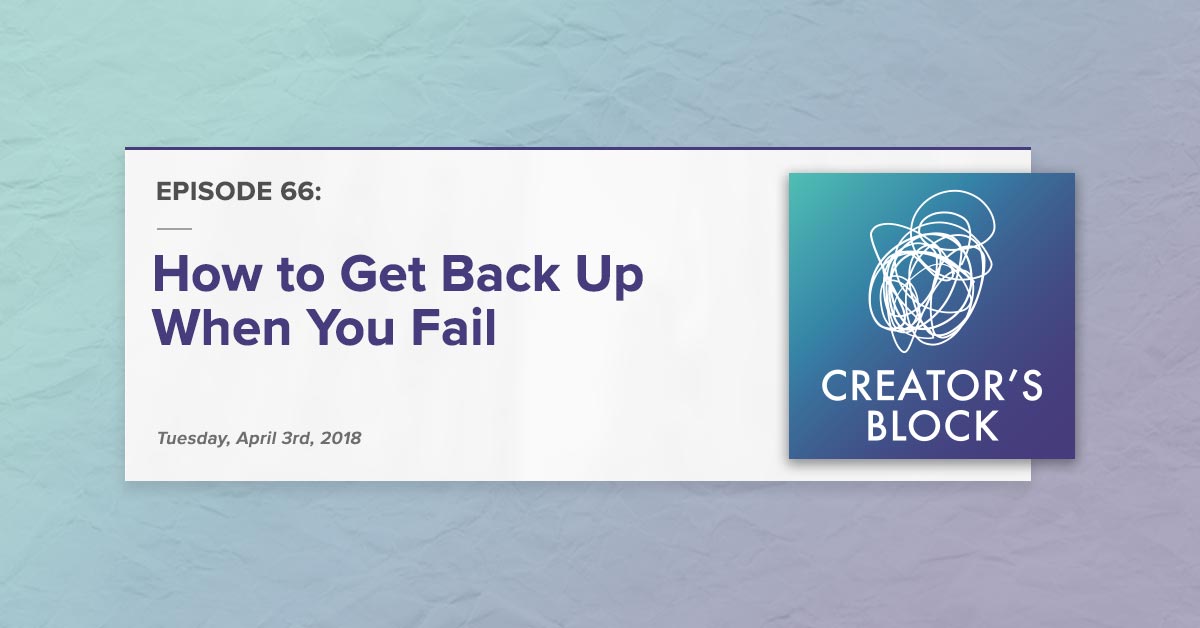 This is going to be an emotionally honest episode, because I went into it feeling both motivated and excited, but also somewhat defeated.

On the one hand, it's the start of a new quarter. And during our team meeting yesterday, we talked about new objectives, new processes, and all of those great “turning over a new leaf” feelings. The kind of stuff that makes you feel refreshed and ready to take on the world.

On the other hand, the end of last quarter, which concluded last Friday, ended in… well, failure. Quite a bit of it. And I was still emotionally licking my wounds.

It was a shame, too, because, in the months, weeks, and days leading up to the end of the quarter, I was energized about what I was working on. I felt positive about it. But then, on Tuesday, things began to unravel.

By Friday evening, I felt like I had just survived a Michael Bay movie. (Unfortunately, not in the, "I saved the world!" kind of way. In the, “My home that I just remodeled was blown up by aliens or evil robots from space,” kind of way.)

But the point of this episode is not to rehash those nitty gritty details -- that's not healthy or productive. Plus, I didn't choose the agency life because I wanted to do something easy. I love challenges and solving big, scary problems.

That said, we've all failed in some way or another -- even the biggest success stories are rooted in failure.

I know this because we're drowning in think pieces on Medium, Inc., Fortune, and every other rag that caters to entrepreneurs about how failure is a necessary pre-requisite to winning.

The unexpected consequence of all this preaching, however, is that failure has been re-branded and romanticized to the point where we've forgotten how much it can really hurt, and how hard it can be to overcome.

So, that's what we're talking about this week. How you emotionally pick yourself back up, dust yourself off, and get back on the horse. Because it's not always as easy as it seems.

Listen to the Episode

What We Talked About

We Want to Hear from You!

First, subscribe to Creator's Block on Apple Podcasts. Second, have a question or an idea for a future episode of the podcast? Let us know!