Consumers are wasting money online due to fake reviews [Study] 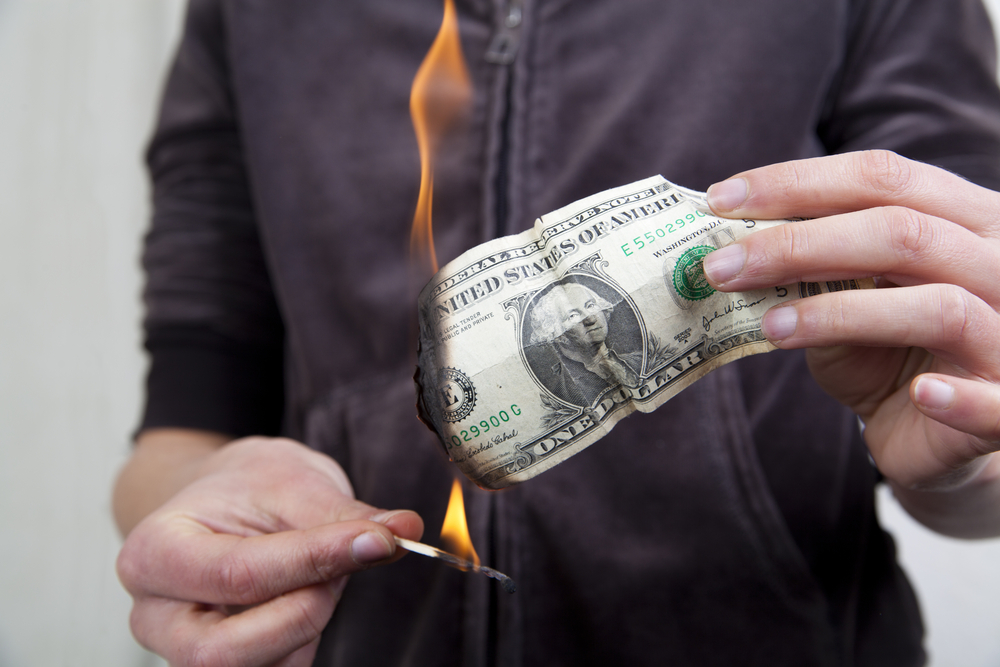 The rise of fake or inaccurate online reviews has led to consumers wasting money on products that weren’t up to par with their expectations. On average, American consumers wasted $125 last year due to inaccurate reviews.

There’s nothing more frustrating than doing research on a product, buying it, and then being completely let down by your purchase. Especially when the reviews made it seem like it was a no-brainer.

Buyer remorse is real, and feeling like you should have just set your money on fire instead of purchasing that shiny new product isn’t something anyone wants to experience.

TrustPilot’s study surveyed over 6,300 adult web users across the US, UK, and France last December and showed some telling trends regarding consumer trust on the internet. Specifically, how it makes or breaks consumers feeling as if they wasted their money.

When it comes to making a purchase, the top factors which compel users to actually hit the button and buy, unsurprisingly, are a reliable product and reviews.

Brands rely on reviews to help show the value of their product and build trust with their audience — but what happens when reviews are fake, inaccurate, or, hand-picked by the brand itself?

The study reports that nearly half of the respondents (49%) “believe that ‘too many companies’ are creating fake reviews online.” That directly drives the fear that reviews can’t be trusted and will lead to a bad purchase and wasted money. And no one wants that.

Consumers see reviews as a sure-fire way to know if a product is actually worth their hard-earned money — which is why fake reviews are so hurtful to the ecosystem as a whole.

Are five-star reviews hurting you?

One of the most interesting data points from TrustPilot’s study is around five-star reviews.

If your product or offering has only five-star reviews, it’s actually less credible in the consumers’ eyes because, let’s be honest, you can never please everyone. So, only having flawless reviews are is immediate sign that there could be fake reviews at play.

72% of consumers surveyed said that five-star reviews didn’t feel entirely credible. It’s more important to the consumer that your reviews feel honest and trustworthy — leading them to feel secure in their buying decision.

By using fake or purposely inaccurate reviews, including reviews you know to be untrue but keep because of the high rating, you’re only contributing to the erosion of trust that is occurring on the web.

Sometimes, a brand will see a bad review and the initial reaction is to delete it. Hide it. Get it away from prospects!

But, it’s actually more beneficial to leave your negative reviews so you can respond or address them for other consumers to see. The study shows that roughly 67% of respondents would prefer to buy from companies that have made mistakes, strive to fix them, and quickly respond to user concerns.

These sorts of interactions show your brand actually cares about the end-user and wants to put their interests first. This is exactly why removing your negative reviews can be detrimental to your efforts and can erode customer trust.

Other key findings of the study: Authenticity matters

Finally, TrustPilot released additional trust metrics from their study, which you can see below.

The two stats I found most insightful were an 11% decrease in global consumer trust in the 18-65 age range and that 89% of global consumers check reviews before making a purchase.

With such a large portion of the adult population relying heavily on reviews for their purchases (myself included), it’s very interesting to see the decline in trust of the reviews. This puts the onus on companies to drive authentic reviews rather than striving for that perfect five-star rating.

What this means for you

For anyone that operates a business, social proof and reviews are a major piece of a typical marketing playbook.

With the new data sources from TrustPilot’s survey, it’s more apparent than ever that striving for fluffy, inauthentic five-star reviews may actually turn prospects away.

Consumers prefer to see realistic reviews. A variety of reviews shows authenticity, which can actually boost trust — assuming you’ve properly addressed and responded to any neutral or negative reviews.

The key takeaway is to be happy for any reviews you get; good, bad, or ugly.

Users care more about how you react to the review than the actual review itself. And, the absolute last thing you should do is remove unsavory reviews.

Don’t “sweep things under the rug.” Solve for the customer and increased trust will follow.

The psychology behind brand loyalty [Infographic]

By Shandia Drummond-Butt on October 1st, 2019

By Shandia Drummond-Butt on October 1st, 2019

How to Scale Customer Trust When You Win the Business Lottery