Can Code Be Copyrighted? Google Takes Oracle to Court to Find Out. 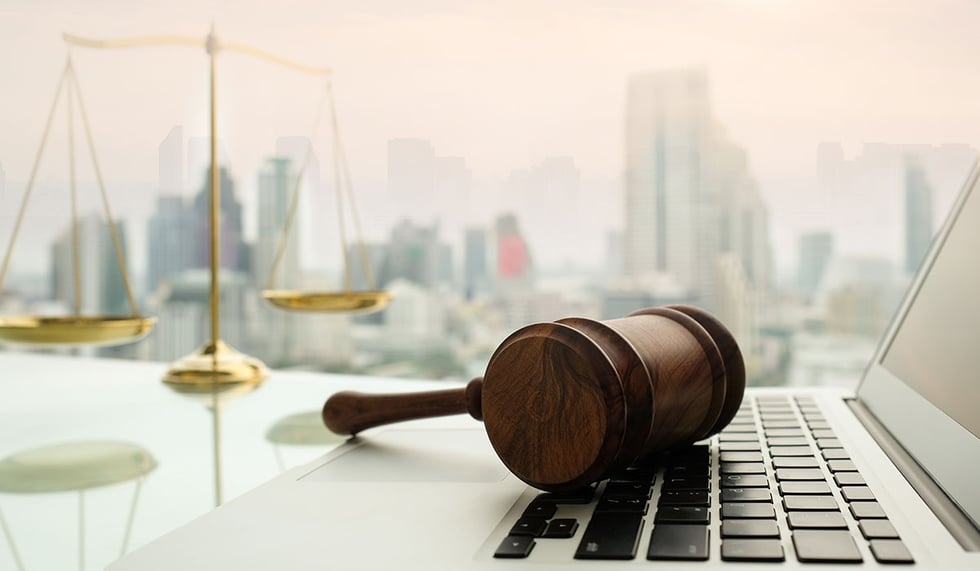 On the last leg of a nearly nine-year court journey, Google has asked the Supreme Court to hear their case against Oracle Corp.

The drama began in 2010 when Oracle filed suit against Google for using Oracle-owned application program interfaces (APIs) in its Android operating system on mobile devices.

Oracle claims Google’s use of their APIs was a violation of copyright law.

Meanwhile, Google has argued that APIs are too fundamental in the programming world to be copyrighted -- raising many questions and concerns for developers, marketers, and brands alike.
This isn’t the first time Google has petitioned the Supreme Court. Google asked for a hearing in 2014, but the Court rejected the request at the time.

Over the years, both companies have won, lost, and appealed to lower courts’ decisions.

In 2016, Google briefly won a decision by a federal jury in San Francisco.

They ruled it didn't infringe on Oracle's intellectual property when building Android, but of course, Oracle appealed and a circuit court reversed the jury's decision.

Google could stand to owe $8.8 Billion to Oracle.

Why All the Fuss Over APIs?

APIs work across different devices and provide the instructions for things like connecting to the internet or accessing certain types of files.

Programmers use APIs so they don’t have to write new code from scratch for every function in their software or change it for every device.

“We built Android following the computer industry’s long-accepted practice of re-using software interfaces, which provide sets of commands that make it easy to implement common functionality—in the same way that computer keyboard short-cuts like pressing “control” and “p” make it easy to print. Android created a transformative new platform, while letting millions of Java programmers use their existing skills to create new applications.”

However, Oracle ain’t hearing it.

“The fabricated concern about innovation hides Google’s true concern: that it be allowed the unfettered ability to copy the original and valuable work of others for substantial financial gain. In major victories for software innovation, the Court of Appeals has twice sided with Oracle against Google. The Supreme Court should once again deny Google’s request to take the case.”

What the Final Decision Means for Software Companies and Developers

Wherever you stand on the case, the decision will have some complicated consequences for software companies and developers.

"Technology relies on the continual experimentation of developers and often their products rely on third-party applications and services, especially Google's and Oracle's. I'd hate to see this end up making independent developers and smaller companies scared of using APIs that require licensing or result in open source code no longer truly being open source. However, I completely understand that companies need to profit from their products and not everything can be free to use."

“Development of any piece of software is the result of countless hours of “blood, sweat and tears”, trial and error, frustration, collaboration, etc. For those developers / teams that go out of their way to make their software free for use in any way shape or form — god bless them. But those that expect to receive remuneration for their efforts should be considered. I think the Supreme Court’s ruling determined that Google overused the software and that Oracle (through its ownership of Java acquired through their purchase of Sun Microsystems) is entitled to something.”

Developers can clearly see both sides of the story.

Building off of each other’s code helps developers create faster and most likely better than they could on their own -- But at what cost for your own intellectual property? Possibly your entire product?

The battle for what open source will look like moving forward is coming to a head.

Depending on the outcome of this landmark case, the future of software development—and the apps and programs that so many of us have come to spend (way too many) hours a day using—could be greatly affected.

If your company creates and markets SaaS or software, keep your ear to the ground on this.

We may not see such rapid growth with programs that work in tandem or mutually benefit each other. I will be interested to see if the Supreme Court upholds the lower court’s decision. Stay tuned!