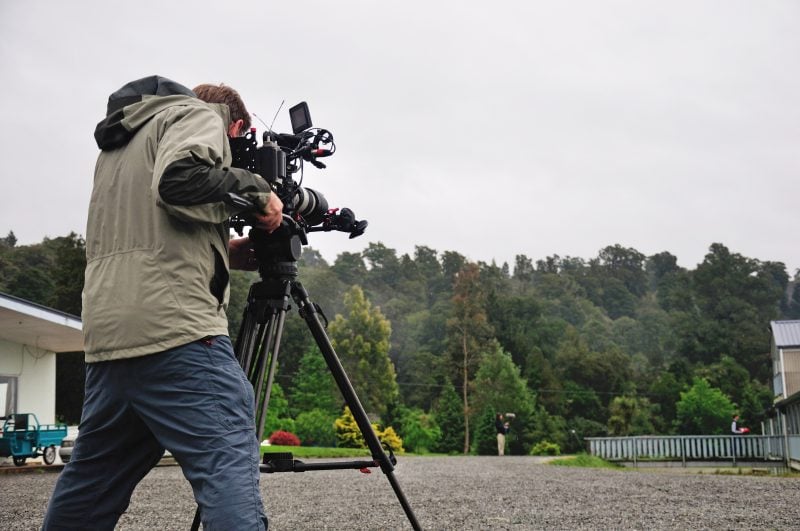 Over the last two years, I’ve spent a significant amount of time finding, hiring, and training videographers. We've found and hired video talent to help not only my companies (River Pools, The Sales Lion, and IMPACT) but also many of our clients, all in an effort to learn to do video in-house and ultimately develop a true culture of video within their organization.

Over this period, I’ve gone through three videographers at River Pools (it took three times to get it right), hired a full-time videographer here at The Sales Lion (you all may know him as Patty J) and helped about a dozen of our clients go through this process as well.

It has been a major learning experience, that is for sure.

And although this article won’t focus on “how” to hire a videographer (you can read about that here), it will focus on “why” hiring an in-house videographer can very likely be one of the best moves you’ve ever made as a business.

Specifically, I’ve found there are...

7 Major Benefits to Bringing on an In-House Videographer

1. Cultures are rarely developed when the key people are outsourced

We’ve all heard how we must become media companies as the digital age moves forward. With this being the case, developing video as a “culture” is essential. But when something is outsourced, and the main players are not a part of the day-to-day operations of the organization, creating something lasting that goes beyond “checking the boxes” is nearly an impossibility.

2. In-house video can be way, way less expensive than outsourcing

That is if you plan on doing a lot of video going forward. For example, if you were to hire a video production company to produce 15 videos for your organization, you’d easily spend thousands of dollars (potentially, much more than that if they are high-end videos).

But producing 15 videos is something a full-time videographer could do in a couple of weeks, meaning the cost is a fraction of what outsourcing would be.

Look at it this way: Most videographers are going to be in the 35-80k range depending on their skill and experience level. Therefore, if you’re able to do over 150 videos a year with that person (which is a solid goal—3 videos per week), assuming the average salary is 50k, you’re spending under $350 per video…not too shabby. (Obviously, these averages and numbers can vary dramatically from company to company, but hopefully you get the point).

Some of the best videos a company will ever produce are the ones that aren’t planned, but rather, happen out of the blue and end up getting exceptional results. This also includes live video on social media. By having the videographer always present, the ability to turn any act, at any time, into a video and visual story is very, very real.

4. Video is a skill. The more everyone does it, the better they get

Again, this goes back to the culture element, but if you’re going to get to a point where you have multiple subject matter experts who are good on camera, they’re going to need experience. They’ll need practice. With an in-house videographer, they can get the needed practice without feeling like, “Today’s our only day to get these videos done!!”

Just a few weeks ago, I spent the day shooting videos with one of our clients who happens to sell outdoor grills. Because grills are seasonal, it was essential that we were able to get the videos published as soon as we received the product, which is exactly what we did. Thus, instead of waiting for an outsourced videographer to come when they had openings in their calendar, we were able to be on the cutting edge of showing our 2017 products as they were released to the public.

Just like individuals and organizations have their “writer’s voice,” there is also a need to develop your company’s “visual voice”—which includes tone, style, approach, etc. Only by experimenting with this on a consistent basis can you truly understand who you want to be on camera, and also just how far you’re willing to go to stand out and get results (i.e. get creative).

7. The planning, scripting, and editing process is more fluid

Too often, there is a lag time between a video’s planning, scripting, and production phases. By doing in-house video, hypothetically, you can oftentimes knock out all three in one day.

For example, when we do a video shoot with clients at The Sales Lion, we frequently do the planning/scripting/storyboarding in the morning, and then do the shoot after lunch. This way, everything is fresh in everyone’s head, and we maximize our ability to kill as many birds with one stone as possible.

As you might imagine, there are many other benefits to doing video in-house for your organization. But make no bones about it—this isn’t necessarily easy. If it was, every company would be crushing video and have an established visual culture already in place.

But the effort is well worth it. Besides that, video is today what websites were in the late 90s.

We all need them. They are the future.

And the trend will not be slowing down anytime soon.

How to manage in-house videographers for your video marketing program

In the days of coronavirus (COVID-19), video is more important than ever [Interview]

How to earn trust and build rapport quickly as a videographer

How much does a video marketing consultant cost? [Interview]

The 13 most popular types of videos on YouTube [Infographic]

What are the problems with video sales and marketing courses for businesses?

Content marketing and They Ask, You Answer in the coronavirus (COVID-19) crisis