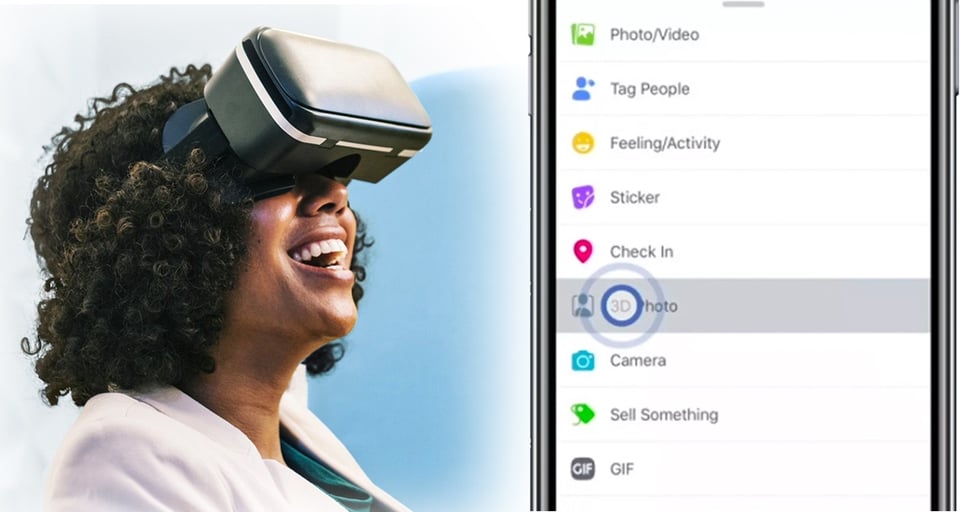 With over 1.47 billion active daily users, Facebook is always looking for new and exciting ways to keep the NewsFeed fresh and engaging for users, as well as to create an environment that will allow it's advertisers to thrive.

With 6 million+ active advertisers on their platform, it's in  Facebook's best interest to always be developing new tools and features to help brands stand out in the noisy, crowded NewsFeed.

This week, Facebook began rolling out their latest feature, 3D Photos, to select users. Originally announced back in May at F8, this creative concept is what Facebook calls “a new way to share your memories and moments in time with a fun, life-like dimension.”

I will admit that my first reaction to this feature was “3D Photos on Facebook? Why?”

However, after spending a few minutes learning more, I can see how this might actually be kind of fun and somewhat useful.

3D Photos are digital renderings of portraits taken on dual-camera smartphones like the iPhone 7+, 8+ X or XS, designed to give the user a life-like view into the image as they scroll past it in the newsfeed.

The photo rendering process, developed by Johannes Kopf, a research scientist at Facebook, is pretty interesting - but quite complex.

It involves an algorithm that works in the background to analyze depth maps and the tiny movements of the camera captured by the phone's motion detection system. The depth maps are massaged and ultimately turned into 3D meshes which are used to produce the final 3D photo.

You can learn more about the secret mathematical “sauce” that makes 3D photos possible here.

3D Photos in the NewsFeed

Whether it's a photo of your cat, your best friend, or an amazing sunset shot from your latest vacation, simply take a photo in Portrait mode using your compatible dual lens smartphone, and share it as a 3D photo on Facebook.

Once it's loaded onto Facebook, you (and your friends) will be able to scroll, pan and tilt your phone to see the image in realistic 3D - kind of like you are looking through a window.

Based on what we've seen so far, it looks like 3D photos are really going to stand out in the NewsFeed, causing users to stop for a second and take a deeper look.

Here's an example of what you can expect:

In addition to Facebook, you will be able to view 3D photos in VR using the Oculus Browser on Oculus Go or Firefox on Oculus Rift.

As of now, everyone is able to see 3D photos in the News Feed and VR, however, the ability to create and share 3D photos is not available to all users. Like most feature releases from Facebook, users will gain access to the 3D Photos over the course of the next few weeks. 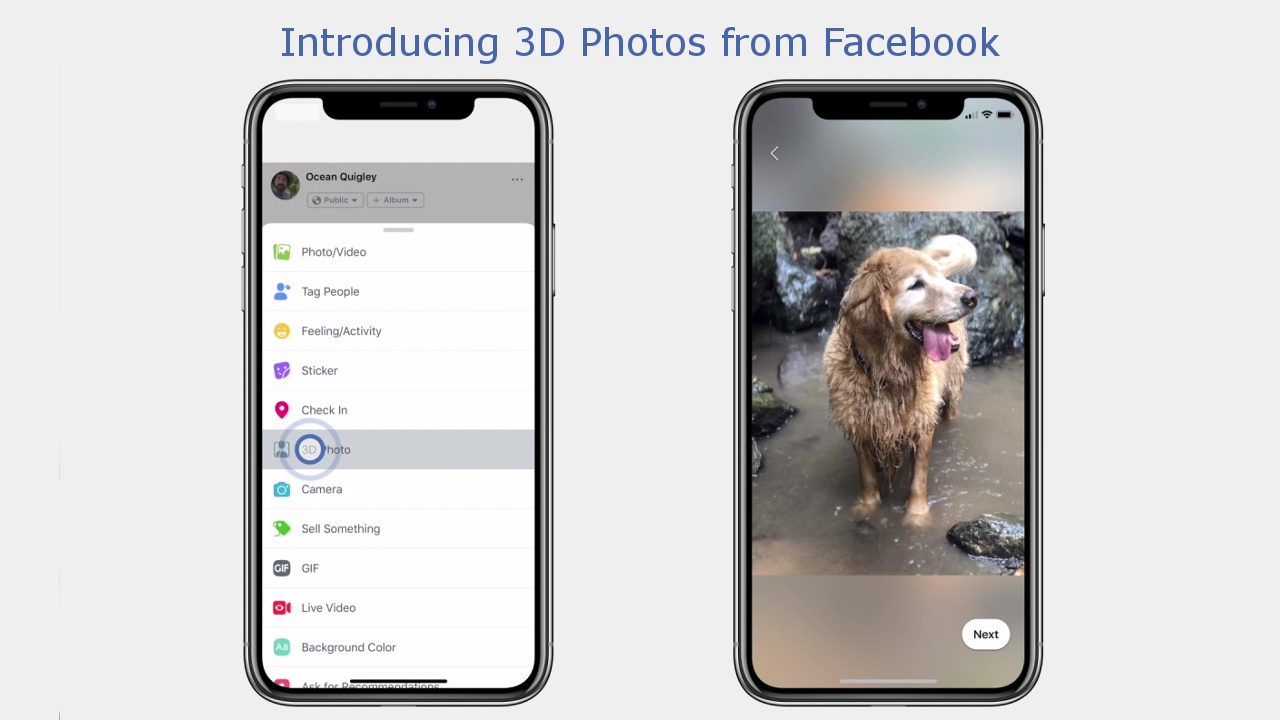 How Can Marketers Use 3D Photos?

I bet if you were to scroll your NewsFeed right this second, you would see at least a few of these types of posts: political content/opinions, memes, recipes videos, photos from a friend's vacation, etc.

As individual users, we rely on Facebook to connect with family, friends, and communities as well as to discover new information.

As brands, we use Facebook to connect with customers and prospects using various post formats and ads.

Facebook's new 3D photos are simply another format for connecting and I predict they will take off quite quickly as a posting format for people and brands alike.

As a marketer, I will be watching closely to see whether Facebook incorporates the new 3D Photo format into the advertising platform in the near future. In the meantime, I'll be thinking creatively about how to use 3D photos to stand out in the NewsFeed and get users to stop scrolling, engage with our content and ultimately click!

Facebook is always looking for innovative ways to improve their product and the overall user experience it provides. While 3D Photos may just seem like another posting format to some, it's actually a creative new way to get your brand to stand out and encourage users to engage.

And that's what the ultimate goal of brand marketing on Facebook really is... engagement. The longer you can get a user to engage with your content, the more likely it is that your message will be delivered (and heard), and the user will actually take action as a result.