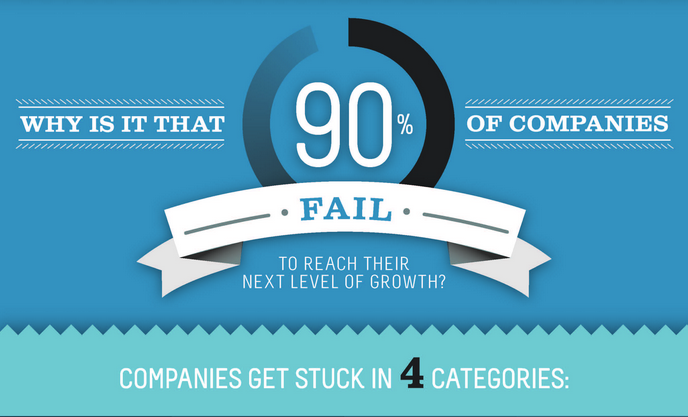 After working with over 600 fast growth companies in the past few years we, at Inc. Navigator, observed that great companies possess something other companies lack: a leadership team that gets the right things done with effective execution habits.

Harvard Business School Press states that over 90% of strategies fail. The authors describe in their study that “the ability to execute strategy was more important than the strategy itself.” Failure to execute not only lowers performance, it also prevents a company from breaking through a perilous growth inflection point. We call that point No Man’s Land.

Is Your Company Stuck in "No Man's Land"?

Many CEOs and founders enter a stage of growth where their business is too big to be small, and too small to be big. They’re running as fast as they can and yet the old way of running their business doesn’t seem to work anymore.

Do any of these sound familiar? If so, you’re probably stuck in No Man’s Land:

Companies enter No Man’s Land as they grow past startup and enter “adolescence." The disturbing fact is that over 90% fail to survive No Man’s Land and achieve scale. It’s a period of strategic confusion and inadequate resources, as Doug Tatum describes:

No matter how good their core business concepts, the companies I’ve seen have been pushed by growth into an uncomfortable situation where the resources and approaches that had allowed the firm to grow in the first place suddenly be- came insufficient and even an obstacle to further growth. Customers went away dissatisfied, and the entrepreneur in question felt disoriented, as if he or she were gradually and inexplicably losing control. - Doug Tatum

*Doug Tatum’s book, No Man’s Land, was recognized in the 2011 book, The 100 Best Books of All Time by Jack Covert and Tom Sattersten.

5 Steps to the Next Growth Stage

Step 1: Get radically objective about the business.

“Embrace the brutal facts,” as author Jim Collins states. Great companies ask tough questions from the No Man's Land categories to get an accurate picture on the extent of team mis- alignment and the degree of urgency on each issue.

Tough questions usually reveal tough decisions that must be made; decisions that stir the pudding but can also throttle the company through No Man’s Land.

Step 2: Set a clear direction by focusing on a handful of priorities.

More than 5 priorities result in no priorities. Strategy can be simple. Teams can focus when they are responsible for a handful of priorities with actionable points and deadlines.

We have observed that over 98% of teams are out of sync on the No Man’s Land issues. On the other hand, companies experience at least a 20% increase in performance when teams are aligned and focused on the right priorities. Aligned teams can stay in sync with a routine review of priorities and key performance indicators.

Step 4: Keep score to hold each other accountable.

As stated previously, team accountability is rare, but it is attainable. A simple dashboard that includes priorities, assigned action points with deadlines, and metrics will provide the catalyst for team interaction. Offering the team an opportunity to vote on the priorities and action points can also fuel accountability.

Our nation’s Special Forces utilize the same strategic decision process on every battlefield around the world. The foundation of their strategy is based on the team’s ability to make a decision and then quickly learn from their unfolding circumstances, outside information, and the evolving interaction with their environment.

By using this process, the team adapts and learns in order to choose their next move. In other words, they remain “agile” at all times. The Wall Street Journal described the need or a company to remain flexible:

"Now, even though the economy is slowly picking up, those fresh habits aren’t fading. 'This downturn has changed the way we will think about our business for many years to come,' says Steve Odland, Office Depot’s chairman and chief executive.

Walt Shill, head of the North American management consulting practice for Accenture Ltd., is even more blunt: 'Strategy, as we knew it, is dead,' he contends. 'Corporate clients decided that increased flexibility and accelerated decision making are much more important than simply predicting the future.'"

Great companies have leadership teams that adapt and learn from their decisions. They are able to keep their strategy simple and remain focused on the top handful of priorities. They’ve developed the habits to execute. Now you can too, with our handy business infographic.

The 5 Steps for Growing Your Business

Many businesses enter No Man’s Land, the stage where a company is too big to be small, and to small to be big.

Newport partners use the No Man's Land Diagnostic Custom Report and their many years of experience to help CEOs navigate through No Man's Land and execute the right priorities. 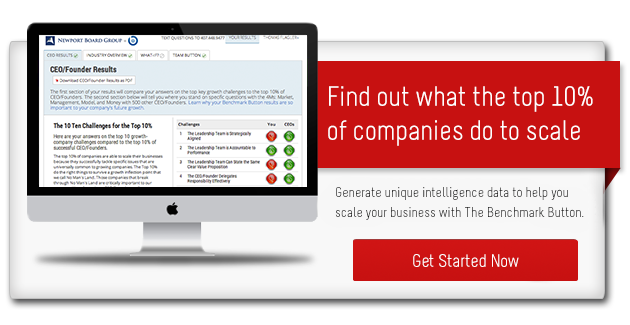 1:1 video vs. 1:Many video: When to use each in your sales process [Video]

For Sales Leaders and Sales Teams

Why your website is a sales tool — not a marketing tool

How to get sales excited about creating content for your company