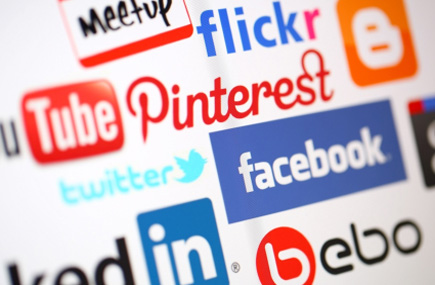 Social media platforms are no longer for high school and college students.

Companies, customers and employees are using a variety of social media platforms on a daily basis.

It's seen as one of the best ways for CEO’s to stay connected and relevant in today’s high-powered business world.

So why are only 30% of Fortune 500 CEOs using social media to engage and interact with their audience?

See why your CEO should be actively engaging on social media platforms. It's not only relevant for attracting consumers but also for improving your brand image.

Why Your CEO Should be Engaging on Social Media

1. 81% of employees believe that CEO's who engage on social media are better equipped to lead companies in the web 2.0 world. (Source: Go-Gulf)


3. 82% of consumers are more likely to trust a company whose CEO and leadership team engage on social media. (Source: Go-Gulf)

4. 77% of consumers are more likely to buy from a company whose CEO and leadership team engage on social media. (Source: Go-Gulf)

5. 78% of professionals would prefer to work for a company whose leadership team is active on social media. (Source: Go-Gulf)

6. Only 1 in 5 CEOs have a social media account. (Source: Magnet Media Labs)

7. 49% of corporate reputation is attributed to how people view the CEO. A little social media can go a long way.(Source: Magnet Media Labs)

8. Half of consumers believe that CEOs who don't use social media will get out of touch with customers.(Source: Magnet Media Labs)

9. 8 in 10 consumers say they're more likely to trust a company whose CEO and team engage in social media. (Source: Magnet Media Labs)

14. 61% of executives with socially active CEOs believed that their CEO’s social media activity enabled their company’s leader to be more effective in managing a crisis. (Source: Weber Shandwick)

5 of the 19 CEOs on Twitter have never tweeted, and other accounts are “underutilized”

Only 4 CEOs are on Google+

17. CEO’s who use social media are viewed as better communicators, more open and accessible, and more inspirational than CEO’s who don’t. (Source:  Weber Shandwick)

18. 76% of all executives believe it is a good idea for CEO’s to be social. (Source: Weber Shandwick)